Jeff Nichols Small-Scale Sensibility Works Like A Charm For Loving 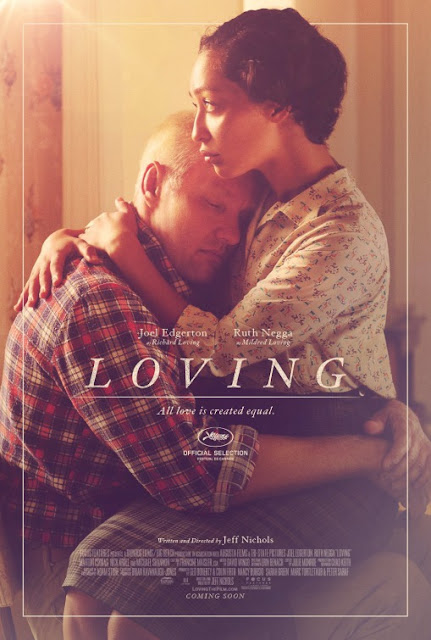 Loving is a departure from some of director Jeff Nichols past few movies in quite a few ways, most notably in that this one takes more cues from his 2013 film Mud rather than his other 2016 film, the incredibly underrated Midnight Special, in terms of its story scope being very much grounded in reality. That more down-to-Earth approach ties into another crucial element that differentiates Loving from past Nichols movies, this one's actually based on a true story. The tale of Richard Perry Loving (here played by Joel Edgerton) and Mildred Jeter Loving (Ruth Negga) attempting to live a life together as a couple amidst prejudice against interracial real life is an event that really transpired, which offers new storytelling challenges that Nichols handles with the level of craft we've all come to expect from him.

The story told in Loving involves Richard and Mildred being arrested simply for being married, their very existence as a romantic duo being one that is viewed as an abomination in the face of the law. While the two move out of their home state in Virginia as part of a bargain with the court, the duo (especially Mildred) won't stand for this intolerance and decide to fight back by way of using a lawyer from the ACLU to help them fight against this injustice. All the while, Loving as a movie keeps its retelling of this transformative couple squared on the two of them just trying to make it through everyday life in the middle of racist turmoil.

That ability to unearth the humanity in characters who are in the middle of larger than life scenarios is what I've loved past Jeff Nichols efforts in the past and that recurring storytelling trait of his serves Loving extremely well. Even in the midst of a court case that could help upend the way interracial couples are viewed in the eyes of the law, Loving is solely concerned with the way the leading two characters cope with their surroundings. Nichols has a real knack for introspection in his screenplays and that virtue of his is something that gives Loving heart, it places emphasis on the individual people who were being affected by bigotry.

Similarly, the subdued nature of Nichols writing actually makes the racial intolerance targeted at Richard and Mildred all the more palpable. Instead of concocting hammy over-the-top sequences depicting the kind of racism the duo experienced on a daily basis, we get more muted scenes like Richard at his work discovering a brick wrapped up in racist newspaper headlines in his truck. He looks around in fear, not knowing which of the employees he works alongside daily put this in his automobile. Little to no dialogue is spoken in this moment but it says so much non-verbally about the trials and tribulations they both face on a frequent basis simply for the two main characters loving each other.

That trademark slower pace of the director becomes a minor hindrance during the second act where so many years for the Loving couple fly by in such a casual manner it becomes a tad disorienting, but otherwise Nichols penchant for the small-scale keeps things plenty emotionally resonant. Also returning from the director's past efforts to make the proceedings extra exceptional is Joel Edgerton who gives a subtle but fascinating performance as Richard Loving. Edgerton always keeps his eyes pierced to the ground, speaks in a soft-spoken voice and is constantly emanating a reserved demeanor as Richard Loving. For his portrayal of this real life figure, Edgerton not only makes Richard Loving a departure from romantic conventions of this era but also ensures that his character deviates from conventional concepts of masculinity of this time period herein father always knows best and is strong under every circumstance.

Richard Loving is his own man though, fully embracing his emotions and not being afraid to demonstrate vulnerability. Joel Edgerton does a stupendous job making this guy stand apart in a crowd and Ruth Negga as his wife is similarly top-notch, being the opposite of her husband in that she's far more outspoken in her personality. Negga has a conviction-laced delivery in a number of pieces of crucial dialogue that she sells extraordinarily well and she has great chemistry with Joel Edgerton, a vital aspect of their performance. The two characters may have contrasting demeanors, but they do love each other through and through, and Loving is an emotionally stimulating movie that serves as a reminder of the real life individuals simply trying to live their lives under inhumane laws and traditions.
Posted by Douglas Laman (NerdInTheBasement) at 2:21 PM