God Help Us All, My Prediction Came True; Someone Just Made A Mash-Up Of All-Star And Bee Movie. 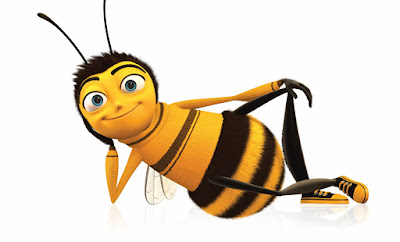 "I Am Become Death, Destroyer Of Worlds." - J. Robert Oppenheimer

Back on Tuesday, I wrote up on a version of All-Star someone on YouTube had made where ever word was now SOME-BODY. It was both beautiful and terrifying. The internet was now toying with the power of Smash Mouth, its obsession with the band being the sort of fixation that can only end in disaster. Ditto for the internet's obsession with Bee Movie, a 2007 DreamWorks Animation film that wasn't very successful at the box office and more noteworthy for proving a one-joke premise and an omnipresent marketing cannot compensate for a lackluster script.

Now, the same YouTube personality behind the version of All-Star with only the words Somebody sung in it has decided to play in God's domain and just merge the two of internet's obsession with a horrifying minute-long gaze into the abyss. Looking over this guys YouTube videos, his obsession with All-Star is staggering. It's as if the internets ongoing Smash Mouth mania is just the various planets spinning around the sun that is this guys various All-Star-centric videos. How he can top himself after his most recent creation, I don't know, but I'm truly scared to find out.
All-Star is utterly unrecognizable in the form it's presented in here. What has become of you All-Star? Have you succumbed to the memes you thought you could control? Have you become the very incoherent meme you were at first trying to ironically parody? Contemplating this matter further, if All-Star cannot endure in this world untainted, what hope is there for the rest of us? I hope the human being behind this entity is proud of himself. He has proven that there is only despair in this world. All that is waiting for us all in this torturous existence is misery and ironic Bee Movie memes. There is nothing else. At once, we are all Barry B. Benson and yet none of us truly are Barry B. Benson.

The horrors of 2016 will never cease.
Posted by Douglas Laman (NerdInTheBasement) at 2:23 PM