The Motion Picture Event Of Our Age, The Emoji Movie, Arrives In August 2017 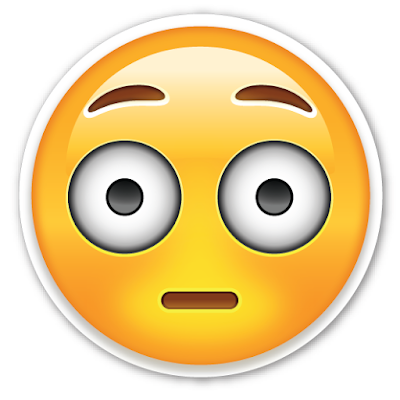 Every single individual in the world of cinema has been waiting with bated breath over hearing what the next project from revered filmmaker Terrence Malick would be doing next in his storied career. It turns out he'll be doing a more mainstream friendly project for his next filmmaking undertaking, as he'll be directing Sony Pictures Animations film The Emoji Movie, which just got an August 11, 2017 release date. This will be an entire feature film centered on those emoji's you use whilst texting or communicating.


Per usual for a later day Malick picture, there's a large ensemble cast that'll likely be whittled down considerably in the editing room. The film will concern itself with Smiley Face Emoji, played by Joaquin Phoenix, and chronicle him at three different parts of his life. These three components of his existence are his experiences in college where he encounters his future wife, Kissey Face Emoji (played by Zoe Sadlana), his time caring for his first child and watching his last child leave for college.

These examinations of these specific components of his life will be intertwined with sequences of Smirk Emoji (played by Oscar Isaac) walking down a beach while holding a photo of his dead wife and of an iguana slowly crawling across a log. Other members of the cast include Bobby Moynihan as Crying While Laughing Emoji, Idris Elba as Angry Emoji, Daisy Ridley as Taco Emoji, Lupita Nyong'O as Thumbs Up Emoji, Tilda Swinton as Sobbing Emoji, Ryan Gosling as Emoji With Sunglasses, Adam Scott as Disheartened Emoji, Michael Shannon as Shocked Emoji, Rinko Kuchki as Puzzled Emoji, Michael Caine as Green Heart Emoji, Samuel L. Jackson as Hat Emoji and a cameo from Brad Pitt and Jessica Chastain as two Cat Emojis. There will only be only four lines of dialogue spoken in the entire film, one of which will be "The nuns taught us there were two ways through life- the way of being on fleek and the way of being #OnPoint".

This feature will have Cinematography by Emmanuel Lubezki and arrives August 11, 2017.

(No, but, in all seriousness, there is an Emoji Movie coming out August 11, 2017 from Sony Pictures Animation, but it'll be directed by Anthony Leondis, the man behind Igor and Lilo & Stich 2: Stitch Has A Glitch. I'm dubious there's an idea here to support an entire motion picture.)
Posted by Douglas Laman (NerdInTheBasement) at 1:36 PM