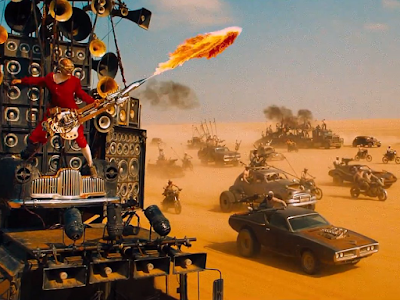 Movie trailers are such a great artform in and of themselves, going far beyond just being a tool of marketing their conceptually intended to be. And 2015 brought some truly memorable trailers our way, with 11 in particular I feel being worthy of being recognized in this essay. Even separated from the films they're extensions of, these 11 trailers are just great in and of themselves for a myriad of reasons stretching from usages of certain songs to structure. Without further ado, let's examine the 11 Best Movie Trailers Of 2015.

Email ThisBlogThis!Share to TwitterShare to FacebookShare to Pinterest
Labels: Best of 2015, Editorial