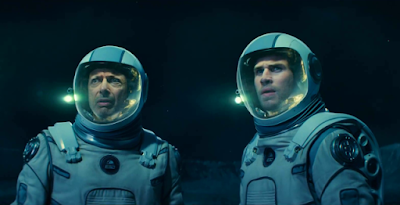 As I've said before, the arrival of The Force Awakens means everyone is going to be unleashing trailer after trailer after trailer so that they can hopefully get their films advertised on the newest Star Wars film. I've decided to do another one of these trailer round-ups in order to look at three major Summer 2016 projects that have just put out trailers.

Teenage Mutant Ninja Turtles: Out Of The Shadows
This is one of those trailers where I just watch it with no real expression on my face. I'm not mad, I'm not happy, I'm just existing while watching the images flicker on my computer screen. I guess the more light-hearted tone is better than the overly dreary aesthetic of the first movie, but none of the jokes or action beats really got me pumped. Two things worth pointing out: (1) what the hell is Tyler Perry doing in this thing? He's going so hammy I kind of simultaneously hate and love it. (2) Stephen Amell is a talented dude, I'm glad he's getting a paycheck for this, and as a reward for you dear reader for reading about my ramblings about this trailer, have a picture of Amell in all of his shirtless glory as a reward. 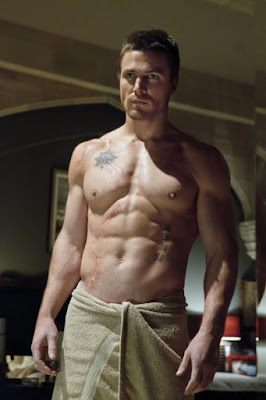 Independence Day: Resurgence
I've been super cynical about this follow-up to the original 1996 film, despite being a huge fan of that Roland Emmerich feature and all of its bombastic cheesiness (a dog outruns in an explosion in that movie and it's awesome). I went into this trailer with all the dubiousness in the world....and left it severely impressed. Goddamnit, that Bill Pullman speech from the first movie gets me every time, and playing it in this trailer over a montage of the aliens returning is a great move. The speeches dialogue now serves as a quickly eroding sense of strength from a bygone era that hopes to endure in the face of these new invaders.

Many of my concerns about this film remain (namely, can Liam Hemsworth lead a feature film?), but yeah, I'm onbaord for this one. Doesn't hurt that Jeff Goldblum is in this and that man always captures my interest.

Star Trek Beyond
https://www.youtube.com/watch?v=XRVD32rnzOw
Soooooo...Paramount Pictures reeeeealllly wants some of that Guardians Of The Galaxy money, huh? Between the numerous jokes, the emphasis on weird looking alien lifeforms (which of course are a staple of Star Trek lore but have been pushed to the background in the past two Star Trek films) and the use of an upbeat song from decades past, it certainly looks like they're trying to rebound from the more muted responses of Star Trek Into Darkness by patterning this films marketing off that 2014 Marvel film.

What we get here is...decent, and I actually really like the joke of Spock teleporting away from Bones in a moment of intense danger. I guess Idris Elba is gonna be covered up in prosthetic as the main bad guy, which feels like a major waste to me, but hopefully he'll shine through as a notable antagonist. I also hope future trailers at least hint at some of the weightier thematic content director Justin Lin has said the film will carry.
Posted by Douglas Laman (NerdInTheBasement) at 10:39 AM