Llewyn Davis And Steve Jobs Prepare To Destroy The World In First Trailer For X-Men: Apocalypse 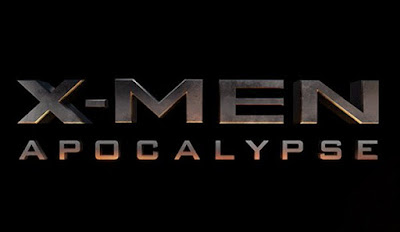 That very first X-Men movie from 2000 has some pretty glaring problems, namely in how none of the titular heroes get very much development. In an age where each of the Avengers or Guardians can leave their mark on audiences in their ensemble films, the issue of characters like Storm, Cyclops and Jean Grey getting nothing of note to do becomes all the more noticeable. But there's no denying Hugh Jackman aces it as Wolverine, while Patrick Stewart and Ian McKellen as Xavier and Magneto are even better.


There's also no denying that it was the kick in the pants that the realm of superhero movies needed, coming three years after Batman & Robin had pretty much left decimated the entire concept of cinematic superheroes. The fact that a mere three years after those Mr. Freeze puns X-Men could open its story with a scene of a young Magneto being torn away from his parents in a concentration camp during the Holocaust and make it work like hell showed not only that there was still storytelling potential with adapting comic book characters to the big screen, but also the tonal variety these figures offered.

Fifteen years and five months later and the seventh sequel to that original X-Men film, X-Men: Apocalypse, has a trailer. Watch it below and then stick around for my thoughts on it!

Those Inception "BWWWWWWWAAAAAAMMMMMSSSS" are back!

With that observation out of the way, this first trailer for X-Men: Apocalypse strikes me as....decent, I suppose? It lacks any scenes of real emotional character related heft (no shots of Xavier mourning that Erik is working for Apocalypse for instance), though I will freely admit that there are some promising shots in the trailer, namely that one where Apocalypse pins a mutant to the ground and then grows to a massive size. Interesting that the trailer mostly obscures Apocalypse from sight, though I do hope Oscar Isaac (whose playing this guy) gets more to do in the final film then he gets here where he comes off as Ronan The Accuser-lite.

The teaser tries to work through a ton of information, even bringing in Rose Byrne (awesome to see her back in the X-Men franchise!) to deliver some exposition, and characters like Nightcrawler, Quicksilver, Storm and Cyclops only getting brief glimpses. It's likely the large cast and plot will work better in the confines of a two hour plus feature film, though I do wish this teaser felt a little less cluttered. Still, considering how much of a roll these X-Men movies have been on recently (First Class was excellent and Days of Future Past was great), I'm still hyped for this one to arrive Memorial Day 2016. One suggestion though; Bryan Singer, toss these mutants back into the cool looking yellow outfits from X-Men: First Class, no more of this black leather crap!
Posted by Douglas Laman (NerdInTheBasement) at 10:02 AM