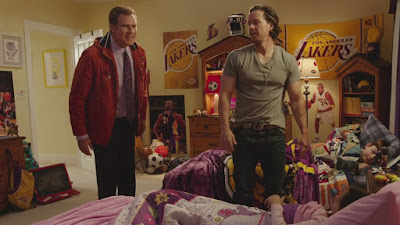 Yesterday, I looked at the first five of the ten movies going into wide release over the next three weeks over the holidays. Now, let's look at the remaining five features, shall we?

December 25th
Daddy's Home
Will Ferrell has managed to retain a surprisingly strong profile as a comedic leading man, with only two of his conventional PG-13/R-rated comedies (Semi-Pro and Land of The Lost) grossing under $75 million domestically. Just this past March he scored a solid $90.4 million domestic gross working with Kevin Hart on the film Get Hard, and Daddy;s Home should extend his winning streak with what will likely be his seventh $100 million grossing film as a live-action leading man with Daddy;s Home. Reteaming with Mark Wahlberg is a good move considering how well-liked their last effort, The Other Guys, was (for good reason, that film is one of my personal favorite comedies of all-time), and commercials have delivered the easy to convey premise (StepDad vs. Dad) and memorable gags like Ferrell knocking out a cheerleader with a basketball. This should be a solid win for Paramount, whose been sorely lacking major hits like this one in 2015.

Joy
David O. Russell has become that rare directorial mixture; a filmmaker whose work manages to achieve major success at both the Oscars and the box office. Coming off two back-to-back $100 million grossing Best Picture nominees, his positive financial fortune should continue with Joy. This one's marketing is mainly coasting on the appeal of Jennifer Lawrence and the premise of a woman attempting to get her own business going despite major challenges from outside sources (like her family). This one in its ads lacks the more light-hearted touch of Silver Linings Playbook and the star-studded ensemble cast of American Hustle, but if this one manages to get great reviews like Russell's last three features, well, Joy should have no problem making major coin at the box office. 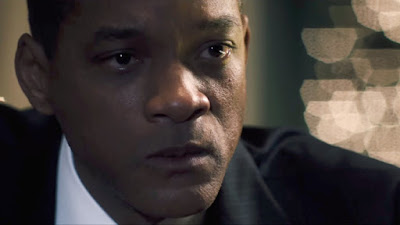 Concussion
It's been three-and-a-half years since Will Smith last starred in a $100 million grossing movie, and while Concussion won't get him past that nine digit threshold (that'll be Suicide Squads job this summer), it should do solid business. The marketing has done a good job of setting up a classic "little guy taking on the big guy" tale, with the big guy in this case being the NFL. Early reviews are more mixed, meaning it might lose some of its audience to other dramas in the marketplace. Still, Will Smith is still a draw when he's playing likable everyday heroes (and not a mumbling father-figure to Jaden Smith like in After Earth), and this should score, if not a touchdown, than still solid numbers.

The Danish Girl
Focus Features apparently plans to take this one into wide release (over 1,000 theaters to be precise) on Christmas Day. That seems like a plan that'll most certainly stick thanks to the huge business The Danish Girl did in its opening weekend in limited release over this past weekend. It'll be tough for this Tom Hooper feature, though, to get audiences attention amidst a sea of dramas, though its smaller scale release means it doesn't have to churn out gargantuan numbers to be successful.

Point Break
Look, we all know Point Break will be the box office dud of the Christmas season. There's no demand for this one, the lead actors aren't particularly well-known (though Edgar Ramirez does seem to be angling to be a star in 2016 considering he has high profile projects like The Girl On The Train, Hands of Stone and Gold coming out next year) and trailers for it have drawn dismissive laughter from audiences rather than excitement. In a crowded holiday time marketplace, someones gotta sink, and it looks like Point Break will doubtlessly be the one to falter financially.