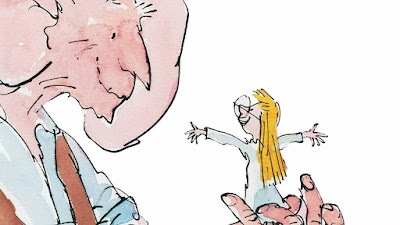 I've been super curious to see what trailers Disney attaches to screenings of a small indie movie of theirs coming out next week called Star Wars: The Force Awakens. Captain America: Civil War is a given, but anything else? Typically, studios get to put two trailers for their upcoming features in the coming attractions of their movies, but I wouldn't be shocked if this tradition got bucked for a massive film like The Force Awakens a Disney got to three trailers on this new sci-fi adventure (hell, 20th Century Fox got to put trailers for three of their upcoming films on my screening of Victor Frankenstein just this past Saturday). So theoretically, what two other 2016 Disney movies would they choose to promote?

The Jungle Book seems like a safe bet considering that it's been three months since the teaser, we're about due for another trailer. The BFG (that stands for Big Friendly Giant) is one that I thought might be too far off to get advertised on Star Wars: The Force Awakens, but it looks like I was super off on that one, as Disney has released the first trailer for this Steven Spielberg adaptation of the classic Roald Dahl book, presumably so it can go out on The Force Awakens and other family movies in the coming months. Check out the first teaser trailer below!
This teaser really concentrates on atmosphere, only giving small glimpses of our titular giant, here played by Mark Rylance. Rylance turned in a superb performance in Spielbergs most recent feature, the terrific Bridge of Spies, and he seems like the kind of guy who could do wonders with a kind-hearted character like The BFG. I think this teaser might be a bit too mysterious for general audiences, since The BFG isn't as famous among Dahl's books as, say, Charlie And The Chocolate Factory, Fantastic Mr. Fox or James And The Giant Peach, so I expect people (for the moment, I'm sure future trailers will be more forthcoming on the titular acronym) to be confused as to what the hell the title means. But as for me, I do like how it leaves elements of the plot and the world to the imagination. It's like the antithesis to that spoiler heavy Batman v. Superman: Dawn of Justice teaser for last week!
Posted by Douglas Laman (NerdInTheBasement) at 8:44 AM