To Live And Divergent In LA 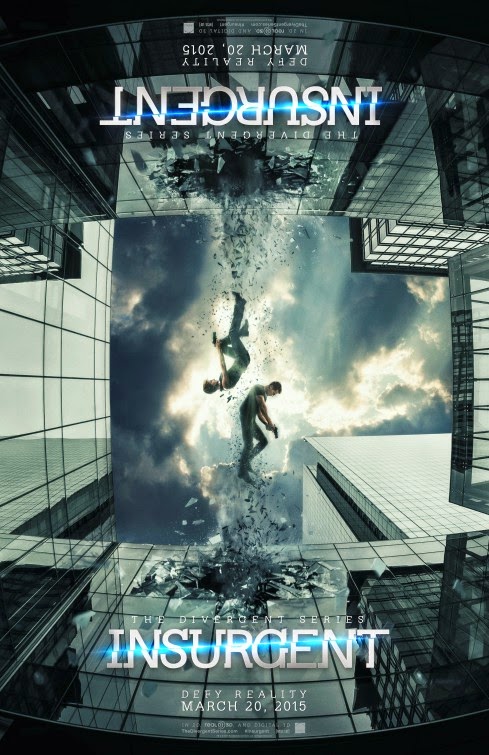 In the year since Divergent was released, so much has changed for the cast. Shailiene Woodley (along with Divergent co-star Ansel Elgort) dazzle in The Fault In Our Stars, Miles Teller starred in one of the best movies of the past few years, Whiplash, and Theo James did.....uh, I think he signed on to star in a reboot of the Underworld movies. Simply put, these guys have done some great work since the first Divergent film, which makes seeing them return to this franchise disappointing, especially considering how lackluster it is.


The ending of the last movie was pretty blatant in how it was setting up a forthcoming sequel (though it can take solace knowing that it wasn't as bad as The Maze Runner in this particular regard), and this adventure takes off directly from where it's predecessors conclusion, with Tris (Shailene Woodley), Four (Theo James), Peter (Miles Teller) and Caleb (Ansel Elgort) on the run as fugitives. Tris and Four must face figures from the past and their inner turmoils if they are to save what's left of humanity. Taking things in this sort of character centered and darker route makes it pretty clear that Insurgent is taking a cue from the grandaddy of sequels, The Empire Strikes Back. Alas, in terms of quality, it winds up somewhere closer to X-Men Origins: Wolverine.

Now, I've heard many complain about the illogical elements about the world of divergent, with several of those queries having a lot of critical heft. But even the simplest aspects seen in Insurgent make no sense, most notably when it comes to it's characters, which are plagued by bland and/or inconsistent personalities. That specific flaws reaches an infuriating level of defectiveness once Caleb makes a turn in the finale that directly contrasts with his meek personality. That plot turn doesn't make any sense on any level and would likely be laughed out of the writing room of a soap opera for being too contrived. But at least Caleb's limited screentime means he's not saddled with too much of the screenplays dialogue (which is attributed to three writers, one of which is Akiva Goldsman), which is mostly clunky and aggravating instead of memorably bad, aside from some choices lines like "I always liked to watch him sleep" (delivered by Naomi Watts in a serious manner referring to her onscreen grown-up son).

The fact that the film is so populated by those kind of astonishingly ineffective quips is, as you can likely tell by now, only the tip of the iceberg when it comes to this features numerous problems. Woodley, whose emerged as a fantastic actress thanks to the aforementioned TFIOS and 2013's underrated The Spectacular Now (now if only she'd figure out what feminism really means!), is saddled with the brunt of the movies worst moments, thanks to a number of factors. The previously noted writing does her no favors, but her lack of emotional range throughout the story is kind of astonishing. But easily the worst facet to come from her performance her is courtesy of the directing by Robert Schwentke, which struck me out as some seriously abysmal work.

Early on in the film, Insurgent establishes a number of recurring motif's (such as flying crows), but the most irritating has to be one coming from Schwentke, who seems to think extreme close-ups of his actors is the best way to convey emotion. A moment early on where Tris and Four are just standing and talking, while the camera cuts back and forth between their blank faces, left me weary the film would utilize  this trick throughout the film. Alas, it does, with numerous gratuitous close-ups rendering the some moments incoherent. The kind of crackerjack energy Schwentke brought to his directing in his 2010 film Red is nowhere to be found here, but rest assured, countless shots of blank looks and poorly paced scenes have taken it's place.

By the end of Insurgent, which includes yet another character switching allegiances in a way that makes absolutely no sense, I could totally relate to Tris whenever she's being held captive by the films villain, Jeanine (Kate Winslet, who has all of her scenes in one environment and wearing one single outfit for some reason); like her, all I wanted to do was escape. Even with talented actors like Woodley, Elgort and Teller, plus Naomi Watts and Octavia Spencer, onboard, Insurgent remains a relentless, and occasionally mind-boggling, failure.