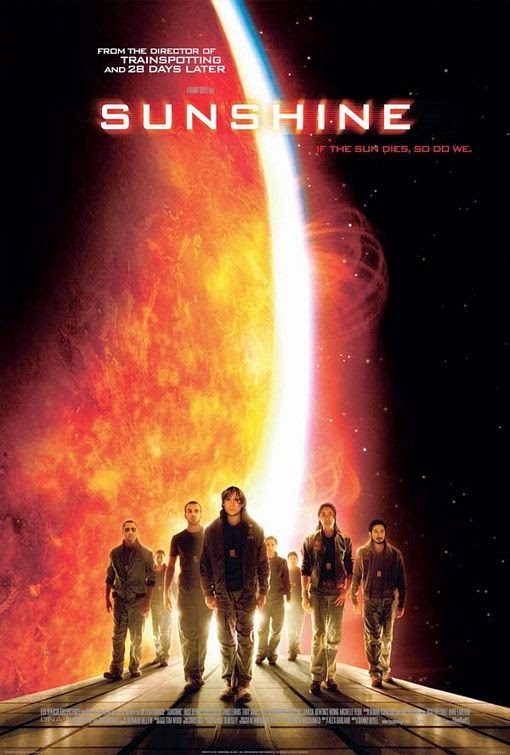 I've seen a lot, and I mean, a LOT of crappy movies lately. Chappie, Unfinished Business, Insurgent, Get Hard, all miserable movies released in just the last month! It can get a bit wearing as one might imagine to watch so many shoddy films in such a short period of time, but it does make one appreciate a motion picture like Sunshine that much more. Experiencing this movie for the first time after seeing so many lackluster endeavors recently was like getting multiple gallons of water in the middle of the Sahara dessert.


Yet, even in that kind of analogy I feel like I'm understating the numerous qualities that make Sunshine so damn compelling! Alex Garland's screenplay, centering around a group of astronauts and scientists sent to detonate a bomb in the sun, is one such notable quality that brings the movie so much glory. The gaggle of folks sent to carry out this critical task are introduced in a casual manner that helps emphasize distinctive personalities, a great tactic to get one to care about the various members of this spaceship, dubbed Icarus II.

Other decisions in the script, such as keeping that cast of characters small to finding ways to constantly introduce new dramatic scenarios (such as an oxygen garden in peril or a thought to be lost satellite sending out a distress signal) without those predicaments coming off as contrived, have a similar sense of thoughtfulness to them. It also helps that Garland's writing matches well with director Danny Boyle, with the directors bold visual choices making the stories wearisome tone feel that much stronger.

The feature has an engrossing knack for drawing out suspenseful moments to their most nail-biting extremes, never flinching away from showing true sacrifice or violent demises. This raises the dramatic stakes even higher amid the treacherous environment of outer space, which only get bolstered by an impressive cast of actors that are a primary reason why so many of the more suspenseful moments work so well. This movies a rare leading man turn for Cillian Murphy, though his excellent work here suggests the fact that it's such a rarity for him to obtain leading man status is a humongous mistake.

I found Murphy to be particularly captivating towards the final scenes, where he knows his outcome, he's resigned to it; there's a sort of prostrated determination in his eyes that are incredibly useful in conveying the movies primary themes. Sunshine thrives on the wonder and horror both outer space and humanity can concoct, and it has no problem depicting both traits of both entities in the kind of nuanced manner that one can only render as stunning.