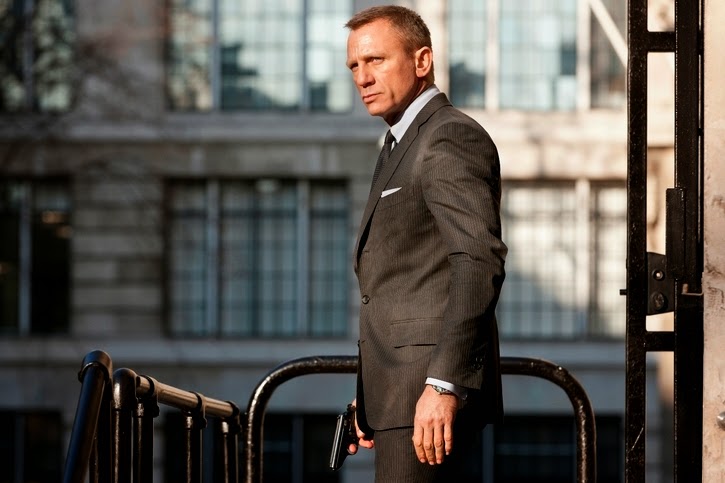 Skyfall was such a damn good movie that I've been on the edge of my seat in anticipation for it's follow up, which is entitled Spectre. They may still be filming the entry (I think they've only got a week or so of shooting to go though), but MGM dropped a trailer last night for the next 007 adventure, Spectre! Check it out below!


Obviously, a  very mysterious trailer, which is to be expected, as like I said before, they haven't even completed filming. I wondered before I watched this what exactly they could do here, but I like how the trailer presents an atmosphere of intensity; something from Bond's past is about to become crucial, and if shadowy Christoph Waltz isn't involved, I'll eat my hat. Waltz, just his vocals here, works like gangbusters in this teaser, and the whole trailer has an eerie tone that works wonderfully. Consider my anticipation, somehow, majorly increased!
Posted by Douglas Laman (NerdInTheBasement) at 12:02 PM