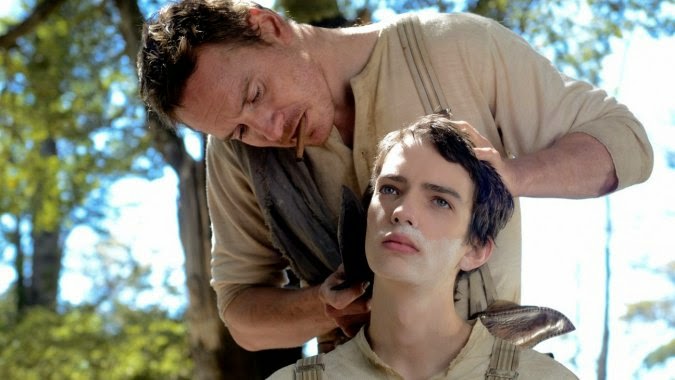 Michael Fassbender has been on a roll for pretty much his entire career. Whether it's been a great complicated villain in the X-Men movies, having a terrifying presence in 12 Years A Slave or being the star of one of last year's most underrated movies, Frank, the guy is usually quite compelling in his acting work. His next venture is Slow West, a film that debuted at Sundance and one A24 (with help from DirectTV, which does movies now too I guess?) is distributing. Check out the trailer for the movie below!


I'm getting an interesting Wes Anderson vibe from this trailer, especially in the moment where the desperadoes rise from the field and start firing their guns. Something about that shot just screams "Wes Anderson" to me, and the timing of some of the jokes similarly echoes that filmmaker. Of course, considering Anderson is one of the best directors working today, it's not a problem in the slightest to be taking some cues form him, and this trailer manages to also create it's own unique qualities, such as memorable dialogue and what could be a solid dynamic between Fassbender and Kodi-Smit McPhee.
Posted by Douglas Laman (NerdInTheBasement) at 2:09 PM