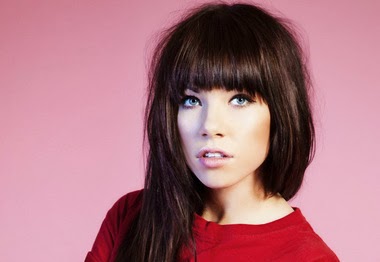 I've never been fond of referring to a piece of pop culture I enjoy as a "guilty pleasure". If I enjoy something, chances are I want to express that enjoyment, not be plagued by guilt over it. So while many will only sheepishly admit to enjoying Carly Rae Jespen's 2012 smash hit Call Me Maybe, I'll be glad to speak about my love for that song, a tune that uses simplicity and catchy lyrics to gigantic success.

Now, Jespen's returned with a new single entitled I Really Like You, that carries over some elements from her last hit track (namely that both songs deal with her and a boy she feels attracted to, but isn't in a relationship with), but this one also manages to create an engaging identity for itself. The song is so full of pep and life, particularly during the chorus, that it's kind of irresistible. It's also nice to hear this angle of romance in a major song; unlike the majority of tracks dealing with relationships, marriage and love are involved, whereas this one takes the unique position of simply "really really liking" someone.

The lyric video above has constantly been played by yours truly all week, and while a music video seemed like a definite inevitability, I never could have imagined what it would entail. Watch the music video, which is directly below, for this song ASAP.
I knew Tom Hanks was in this video, but I thought he'd just have a cameo, maybe do some dancing at most. I had no idea he'd be the central focus of the music video, lip-syncing most of the tunes lyrics, but my God, am I glad he is. Juxtaposing this light-hearted song with an actor of such immense stature is awesome to see, and the video even uses Hanks to incorporate entities like Emoji's and Tinder into the proceedings without it coming off a cloying or gratuitous.

By the end of the video, when Hanks, Jespen and a crowd of people dance to the final chorus of the song, I defy anyone not to at least crack a smile. This music video does an excellent job of translating the radiant spirit of I Really Like You to visual form, through ways both noticeable (Hanks of course, looking like he's having a blast) and subtle (a bright color palette marks most, if not all, of the environments depicted in this video). It all comes together in a splendid manner that makes this one song no one should feel guilty about jamming out to.
Posted by Douglas Laman (NerdInTheBasement) at 12:10 PM

Email ThisBlogThis!Share to TwitterShare to FacebookShare to Pinterest
Labels: 2012, 2015, Call Me Maybe, Carly Rae Jespen, Emojis, I Really Like You, Tinder, Tom Hanks