A Look At The Earliest Biggest Box Office Bombs Of 2015 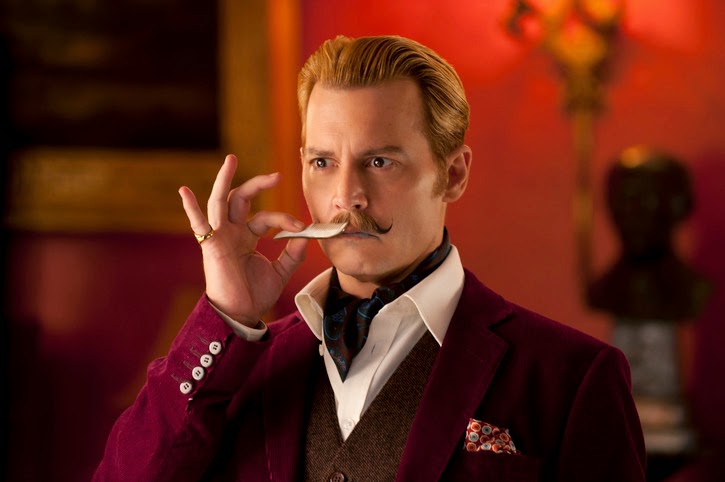 2015, thus far, has been a year of contradictions, at least in terms of what's been going down at the box office. In between box office bonanzas like American Sniper and Fifty Shades of Grey, a number of duds have popped up. Chappie, Project Almanac and Seventh Son have become disappointing ventures, but those ventures at least have either a small budget or solid enough international box office to make up for their massive domestic box office shortcomings. But there are three movies released over the course of the past eight weeks that have become the kind of box office bombs that truly live up to the word legendary.

The three films share very little in terms of stories or themes, but they all share the distinctive feature of opening in over 2500 theaters, yet failing to cross $5 million in their opening weekends. I think it's high time to examine these three movies and their colossal box office failure, and since I'll be looking at the films in the order of least to most recent release date, we shall start off with Michael Mann's Blackhat.

Here was a film few expected much of, but good Lord, it was thought that Chris Hemsworth could at least get this bad boy to $10 million, right? But hacking just wasn't as compelling to audiences as sniping over the Martin Luther King Jr. Day weekend, a box office frame where American Sniper had an opening weekend more than 22 times as large as the one Blackhat accumulated. That weekend added up to $3.9 million, and the film wound up with only $7.8 million once it wrapped it's domestic box office run, becoming the first film of 2015 to end it's box office run, a run it concluded after a mere three weeks.

Next up? Why, the next film to bomb at such a spectacular level came out one week after Blackhat, the feature in question being Mortdecai. Here was a Johnny Depp adventure whose box office failure managed to make Transcendence look like a financial phenomenon by comparison, which is quite a tremendous "accomplishment". Mortdecai has also ended it's box office run already, though it managed to stick around for two more weeks than Blackhat, an ironic turn of events considering that this film managed to make $300 thousand less than that Chris Hemsworth dud despite an extended theatrical engagement.

Finally, the most recent of this trio of box office failures just opened this past weekend and only made $4.8 million, a stunningly atrocious opening. Few expected Unfinished Business to be huge (though I did predict it'd open to $18 million. Whoops.), but this was still a massively dismal result. Not only did this opening further damage the career of Vince Vaughn (who starred in this film), it also continued a cold streak for theatrical comedies; no comedic feature has made $100 million since 22 Jump Street last June, and only one has opened above $25 million since that Summer 2014 box office smash. Unfinished Business obviously didn't end that streak, though it will endure as the final member of a trio of box office bombs so massive in their failure that they won't be forgotten anytime soon.
Posted by Douglas Laman (NerdInTheBasement) at 7:11 PM