Gaze At The First Picture Of Jesse Eisenberg As Lex Luthor 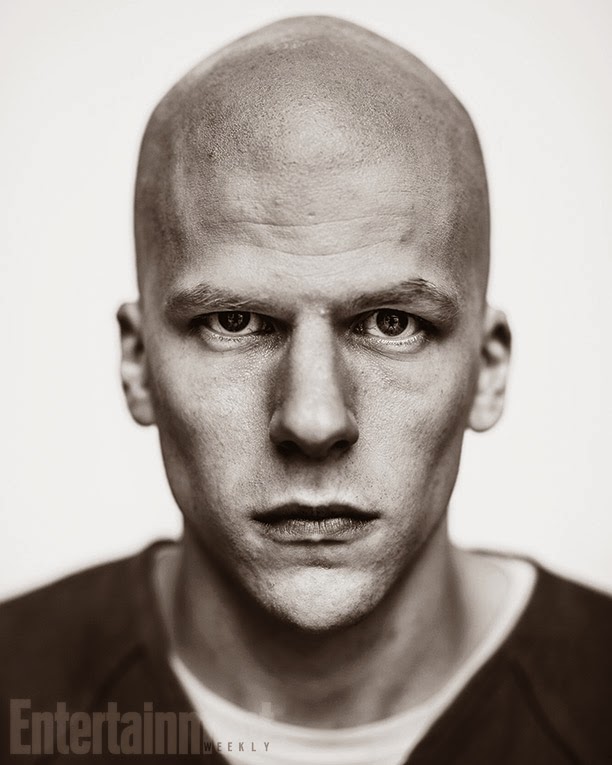 A year from today, Batman v. Superman: Dawn Of Justice will arrive into theaters. It feels like the movies been in production for ages, so it's crazy to think we've got another year of waiting to go, but it looks like Warner Bros. is letting some crucial details about the movie be revealed (via Entertainment Weekly) to celebrate the movie being only a year away. One such detail can be seen above, which is the first picture of Jesse Eisenberg as Lex Luthor.

I find it very interesting that the gray image of Luthor with a white background seems to be stylistically resembling the cover of Steve Jobs by Walter Isaacson, though Lex's face seems to be resembling a mugshot more than anything else. This also confirms that Eisenberg will be bald in the film, as many speculated whether or not he'd shave his hair to play the iconic baddie. Considering how great Eisenberg is in movies like Adventureland and especially The Social Network, I'm interested to see if he'll be a memorable baddie or follow in the footsteps of Amy Adams and Laurence Fishburne as a talented actor wasted in a Zack Snyder DC Comics movie.

One year from today, we'll know for sure.
Posted by Douglas Laman (NerdInTheBasement) at 11:09 AM