A Look At The Highest Grossing Movies Of The 21st Century 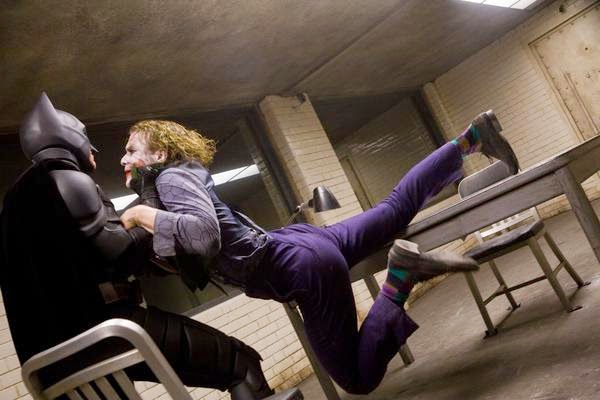 In the first 14 years of the 21st century, a wide variety of films have come around to arise as champions, in that they became the biggest movies of their respective years of release. Looking over the movies that have managed to achieve such a feat, I was surprised to see high quality features usually (emphasis on usually) top the years box office. The Avengers, Toy Story 3, The Dark Knight, The Lord Of The Rings: Return Of The King and Avatar (yes, I know I lost respect from many of you right there) are all excellent films that managed to make untold amounts of moolah.

Actually, there are only a few movies of subpar quality that have topped a 21st century year, though to be fair, there's only one feature that's out-and-out bad in terms of quality. Thankfully, that kind of quality isn't found in Pirates Of The Caribbean: Dead Man's Chest, which topped the box office in 2006, although it doesn't come anywhere close to the excellence seen in the first Pirates. This sequel's more unfocused and a bit unwieldy, though it's got some terrific action sequences and Jack Sparrow is still super fun to watch. Plus, Davy Jones is a great cinematic villain, thanks to motion-capture that still dazzles and Bill Nighy's compelling performance.

The following year's highest grossing film is similarly mixed in quality, though it's negative attributes are at least memorable. Spider-Man 3, which reigned supreme in 2007, has some great moments, such as when Peter Parker talks about how incredible it is to see himself so idolized on a romantic date with Mary Jane Watson, or that Sandman transformation sequence. But it unfortunately just like the first two Spidey films which were, as James Franco said so very well, so good.

I'm actually noticing a pattern in the mid oughts (the period of 2000-2009, which I feel like needs a better name) where more decent, but flawed movies managed to become tremendous moneymakers. Continuing such a trend is Star Wars: Episode III: Revenge Of The Sith, which was the biggest movie of 2005, the second of the Star Wars prequels to become the highest grossing movie of it's year of release. This one's easily the best of the prequels, and I freely admit to loving General Grevious (his design and four armed lightsaber attacks really are fun to watch), but it's still weighed down by poor dialogue and stupid story decisions.

As I said, these three films are more flawed than anything else, and are actually quite easy to rewatch on cable years after their release. Truthfully, there have only been two movies in the 21st century (so far) to achieve such box office glory while being worse in quality. American Sniper (which will be the biggest movie of 2014 by next Sunday) is the better of these two films easily, but good God, this one's popularity escapes me. Sure, Bradley Cooper gives a great lead performance, but the scripting's middling, the depiction of women in it is sporadically sexist and it just rang hallow for me.

I'm glad other are finding enjoyment in a film I didn't personally care for, but it does bamboozle me in terms of how damn huge this one is. Perhaps the best thing to come from American Sniper's massive success is the various box office fun facts it's spawned; for instance, it's the first R-rated film to be the number one movie of a given year since 1998, when Saving Private Ryan was the biggest movie of one of the last years of the 20th century. Moving on from that, let's take a look at The Grinch, the biggest movie of 2000.

Yep, this was the first movie to be the highest grossing film of a year in the 21st century, an achievement that couldn't go to a more middling movie.  Pickings were kinda slim that year, I freely admit (What Women Want and the movie I dubbed as a kid "Boring Dinosaurs" were among the 12 biggest films of 2000), but could any other film take over the title of "biggest movie of the year", just so Jim Carrey's terrifying Grinch outfit take it? Thankfully, higher quality films managed to accumulate large amounts of money over the next few years, though alas, one such movie was American Sniper.
Posted by Douglas Laman (NerdInTheBasement) at 11:31 AM