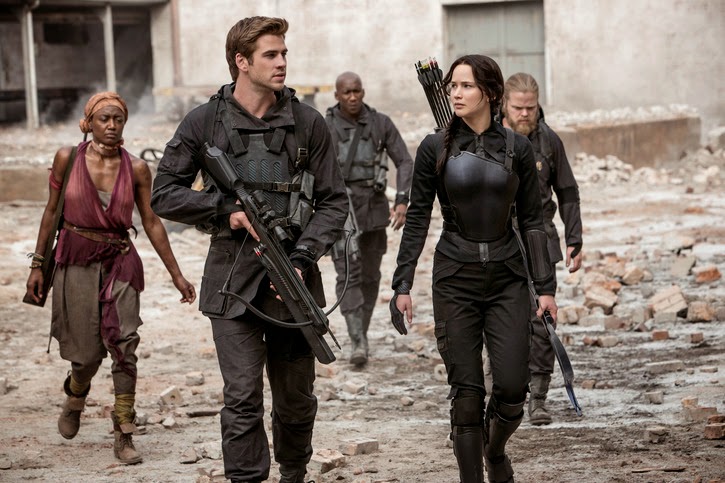 The final Hunger Games movie is on it's way, but there's still eight months to go until Katniss Everdeen goes off on her final adventure (though who knows if those Hunger Games prequels and sequels Lionsgate is mulling will involve her). So it's not a shocker that the first trailer, which you can watch below, for the production plays things close to the chest, though the complete lack of any footage from any of the Hunger Games movies is a mild surprise.

Like I said, not much here, not much to go on. It is interesting to note that this will be the first Hunger Games movie to be projected in 3D formats. Lionsgate confirmed that the film would be presented in IMAX 3D, and while it had been presumed that it would also be shown in 3D screenings, this trailer finally confirms that's the case. The addition of the extra dimension is likely so that Lionsgate makes sure that this entry cracks $1 billion at the worldwide box office, a smart move considering how much international audiences like the 3D format.
Posted by Douglas Laman (NerdInTheBasement) at 1:15 PM