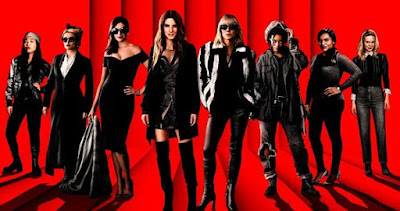 
Next up this weekend we find a pair of May 2018 tentpoles. First up is Solo: A Star Wars Story, which grossed $15.1 million in its third frame, a 48% drop from last weekend. The fact that no other big action blockbusters scheduled themselves to open two weeks after Solo doesn't seem to be helping this one's week-to-week declines. In 17 days of release, Solo has grossed $176.1 million and looks to end its domestic run with around $215 million. Overseas, this title has grossed only $136 million and already seems to be winding down its overseas box office run, meaning it's likely Solo: A Star Wars Story fails to hit $400 million in its worldwide box office title. In third place this weekend was Deadpool 2, which went down 41% and grossed $13.6 million, giving it a solid $278.6 million total.

The big overperformer of this weekend, without question, was Hereditary, which debuted to $13 million. the biggest opening weekend ever for A24 and the first time ever that the studio has had one of its movies open to over $10 million in the span of a single three-day weekend. This bow was 48% ahead of the opening weekend of The VVitch and even came in ahead of the opening weekends for other more high-profile supernatural horror fare like Rings and The Forest. A24 had been marketing this one in a number of clever ways that typically highlighted the massively positive critical reception the film has garnered in the five months since it's Sundance Film Festival debut.

Interestingly, Avengers: Infinity War had the smallest weekend-to-weekend decline in the top 12 this weekend as it eased 35% to add another $6.8 million to a domestic haul that now stands at $654.7 million. Interestingly, the film has also now grossed $1.998 billion worldwide, meaning it's now a day or two away from becoming only the fourth movie in history to crack $2 billion worldwide. In its second weekend, Adrift went down 56% to gross another $5 million for a $21.7 million domestic haul. Dropping 40% this weekend was Book Club, which grossed $4.2 million, meaning this sleeper hit has now grossed $56.8 million domestically.

While two of this weekends new wide releases fared quite well, the final newbie wide release of the weekend, Hotel Artemis, struggled mightily with a $3.1 million bow. Only four other 2018 movies opening in over 2,000 theaters have had worse opening weekends than this and it's the second worst ever wide release opening weekend for Jodie Foster, only August 1988's Stealing Home fared worse with a $2.3 million bow (that one was playing in about 1,400 less locations too). Hotel Artemis had a big cast and a distinctive premise, but the marketing started up just seven weeks before its release, giving this one a rushed promotional campaign that was unable to make the film stand out competing against a big new sequel like Ocean's 8 and the first new horror movie in two months that had been marketed for four whole months didn't help matters. To boot, mixed reviews held off by the studio until the last minute didn't help moviegoers that may have been on the fence.

RBG's status as this summer's big indie sleeper hit continues to be solidified as it took in another $700,000 (a 34% drop from last weekend) for a domestic total of $9.1 million. Expanding into 334 locations this weekend was First Reformed, which didn't fare too well in such an expansion as it took in $558,982 for a per-theater average of $1,674 and a domestic total of $1.7 million. The biggest of this weekends new limited releases was the Mr. Rogers documentary Won't You Be My Neighbor, which opened to an alright $470,000 at 29 locations for a per-theater average of $16,207, a lower opening weekend and opening weekend per-theater average than RBG a month ago. That's still a solid opening for a documentary title though (it's the 34th biggest opening weekend in history for a documentary title) and, like RBG, this could hold well in the weeks to come. Expanding into 42 locations this weekend, American Animals scored an only OK $234,829 sum for a per-theater average of $5,591. Thorugh ten days of limited release play, American Animals has grossed $422,385.

Also expanding its theater count this frame was On Chesil Beach, which went into 203 theaters and grossed $121,410, a 20% drop from last weekend, for a $598 per-theater average and a domestic total of $561,756. Looks like this drama is on its way to becoming only the fourth title ever released by Bleecker Street to gross under $1 million. Finally, Hearts Beat Loud debuted in limited release this weekend to solid numbers, grossing $74,053 from 4 locations for a per-theater average of $18,513, the largest per-theater average for any movie at the box office this weekend. That's a better per-theater average than the one seen by director Brett Haley's last movie, The Hero, last year and that went on to gross $4 million and we shall see if Hearts Beat Loud fares similar to that title in the weeks ahead.

The top 12 movies this weekend grossed a total of $109.3 million, one of the weakest results for this particular weekend of the 21st century and the third worst top 12 total of 2018. With no May juggernaut holdovers to boost things up, not to mention none of the new releases of the first weekend of June contributing over $5.1 million in their individual second weekends of release, the box office is anemic right now despite Ocean's 8 and Hereditary performing well this weekend. Incredibles 2 and Jurassic World: Fallen Kingdom are on the way, but as Solo: A Star Wars Story has proven, relying just on big blockbusters to boost the box office can be a grave mistake.
Posted by Douglas Laman (NerdInTheBasement) at 11:19 AM