Batman: The Killing Joke Is A Melting Pot Of Very Bad Ideas 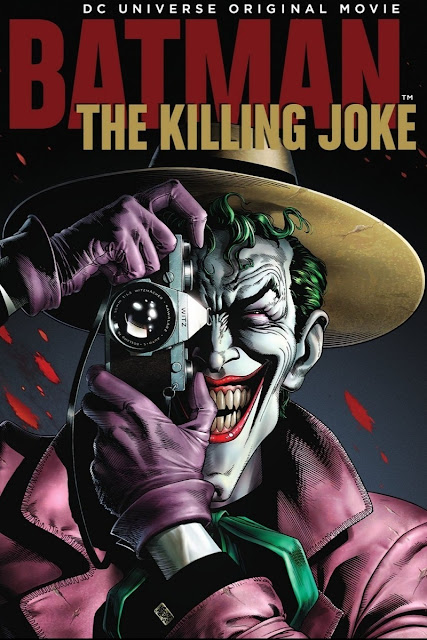 Batman: The Killing Joke has been mired in praise for its 28 year existence, but it's also experienced heavy and well-deserved criticism throughout the decades, primarily for its treatment of Barbara Gordon, the sole notable female character in the graphic novel whose shot and sexually assaulted by The Joker solely so said actions can motivate the other male characters in the tale. It's fairly obvious the first 25-ish minutes of the animated movie adaptation of Batman: The Killing Joke is intended as a mea culpa by the filmmakers as they attempt to boost up Barbara's role prior to her encounter with The Joker (yeah, they still leave her being sexually assaulted by The Joker instead of just cutting that icky bit from the graphic novel out).

Now, that's not a bad idea to start out Batman: The Killing Joke with more screentime for Barbara Gordon, especially since it allows for Barbara to fight crime alongside Batman as Batgirl and gives legendary voice actor Tara Strong much more dialogue to work with. Problem is though, Barbara is still entirely in the service of male characters, namely Batman (Kevin Conroy), who consumes her every waking thought since she has romantic feelings for the Gotham vigilante. Said romantic attractions culminate in Batgirl and Batman having sex on a rooftop, an encounter Barbara relays to her friend who may be the most laughably gratuitous gay stereotype I've seen in a major motion picture in eons.

Even worse than the uncomfortable gender politics that consume this portion of the movie, this part of the movie doesn't really have an impact on the rest of the story, which mostly serves as a direct adaptation of Alan Moore's graphic novel. The plot of said graphic novel is simple; The Joker (Mark Hamill) wishes to prove that any person can be driven insane by just experiencing one bad day so excruciatingly terrible that there is no other choice but to embrace madness. The Joker's test subject for this theory is Commissioner Gordon (Ray Wise), whom he plans to drive insane and it's up to Batman to save the commissioner.

After the hilariously inept first twenty-five Barbare Gordon-centric minutes of Batman: The Killing Joke, the rest of its running time devoted to just relaying the plot and dialogue of the graphic novel is...watchable, I guess? There's just not much of a purpose to it is the problem. The movie isn't here to say anything new about the Batman/Joker paradigm nor introduce new layers to long-stand characters in Batman's mythology, it's basically just here to serve as an extended series of "Remember this from the book???" bits for Batman devotees who consider Batman: The Killing Joke to be their Bible. It's just fanservice to the max without any underlying depth to it.

This movie adaptation of Batman: The Killing Joke can't even say it's translating Brian Bolland's visually memorable artwork from the graphic novel to the big screen in a pleasing manner, since the animation in this movie is amazingly poor in quality. Every single character moves in a stilted awkward manner suggesting that they're missing crucial frames of animation that would make their movements far more soothing to watch. Also; anytime CGI is incorporated into the mostly hand-drawn world of Batman: The Killing Joke, it sticks out like a sore thumb.

Really, the only things keeping Batman: The Killing Joke above the likes of the absolute worst Batman movies like Batman Forever and Batman v. Superman is that A) at least it runs only 70 minutes and B) Mark Hamill. This guy's been voicing The Joker for over two decades now and there's a damn good reason for it. Hamill always brings an extraordinary menace and energy to his vocal turns as The Clown Prince Of Crime and you can tell he's relishing getting to deliver some of The Joker's most iconic lines of dialogue. Plus, in flashback sequences depicting The Joker's life as a normal guy before he was The Joker, Hamill does a solid job creating a soft-spoken everyman voice to this average Joe that contrasts nicely with the more deranged voice he'll take on as one of Batman's most noteworthy foes. Mark Hamill brings his A-game for sure, and Kevin Conroy and Tara Strong are decent too for sure. The rest of Batman: The Killing Joke just feels like a deluge of either bad ideas or meaningless fan service.
Posted by Douglas Laman (NerdInTheBasement) at 10:04 AM