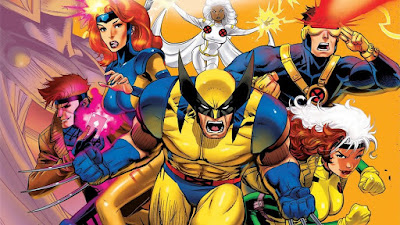 20th Century Fox is in a fascinating position with their X-Men movie franchise. This year they scored a massive box office hit with an X-Men movie that became a pop culture phenomenon. But said movie wasn't X-Men: Apocalypse, a $178 million (at least) budgeted summer blockbuster intended to launch untold amount of sequels and spin-offs. Nope, their big success story was Deadpool, a film Fox executives had zero confidence in and cost less than a third of X-Men: Apocalypse. And yet, Deadpool managed to make $200 million more domestically alone than X-Men: Apocalypse, the latter film managing to make slightly less at the domestic box office than the sixteen year old X-Men movie that started it all.

That means you can expect numerous Deadpool sequels, but as for the X-Men movies proper, where does that leave them now that the motion picture intended to set the stage for numerous sequels is now a misfire? There's a lot of different X-Men properties in development on both big and small screen so I thought I'd help clear the air and try my best through the various projects that are coming soon for the merry mutants. Let's start with...

TV SHOWS
Yep, the X-Men are headed to TV, taking a cue from how the Marvel Cinematic Universe and the DC Comics characters have headed to the small screen to varying levels of success. The first foray into television will be the FX show Legion, which director Bryan Singer (he directed four X-Men movies included the original X-Men movie and X-Men: Days Of Future Past) just confirmed is directly set in the movie continuity and will directly set up future X-Men movies. Not sure how that's happening since Legion, to the best of my knowledge, is set in modern day times while the majority of X-Men movies are set in the past, but who knows. There's also a TV show in development that would air on the FOX channel that would revolve around parents trying to protect their mutant child that currently has no title and could debut in Fall 2017.

FUTURE MOVIES
Here's where things get a tad more complex, as there are a sundry of X-Men movies in various stages of development currently. One future X-Men film that we know is for sure is happening is an Untitled Wolverine Movie, which just finished filming and will be released March 3, 2017. Despite being only about six months out from release, barely anything is known about the movie aside from the fact that it will be rated R and Patrick Stewart in it, reprising his role from past X-Men movies as Charles Xavier. Rumors abound that Liev Schreiber will return as Wolverine's brother Sabretooth and that
X-23 (who takes up the mantle of Wolverine in the comics) will be in the film, but those are just rumors for now.

After that, the long-in-development Gambit movie is supposed to start filming in January 2017, but that's been put into question by the fact that director Doug Liman left the project for another superhero movie, the DC Comics property Dark Universe. Channing Tatum really wants to get this film made, but it's been delayed so many times and went through two directors now (Rupert Wyatt was also supposed to helm Gambit at one point) that I truly doubt it'll ever truly exist. On the other hand, we're guaranteed a Deadpool sequel, which will start filming next Spring, will introduce Cable (and maybe Domino, but that's another rumor) and will likely be released on June 29, 2017.

The New Mutants, which is currently getting a re-write by the writers of The Fault In Our Stars and The Spectacular Now, has a director, Josh Boone and may start filming in 2017. This is a roster of young mutants that have crazier powers than what we've seen in the X-Men movies thus far (one member is basically a werewolf while another is a shape-shifting robot). Getting a version of the X-Men that isn't directed by Bryan Singe has worked out well in the past so there's hope for this one yet if it ends up getting made.

Finally, there was talk of another X-Men movie prior to the release of X-Men: Apocalypse, though it's been months since we've heard about said project. At the time, the plan was to follow in the footsteps of Days Of Future Past and Apocalypse and jump forward another decade, this time to the 1990's. There, I'd assume the various mutants would fight Mr. Sinister since he was teased in the post-credits scene of X-Men: Apocalypse. Considering how X-Men: Apocalypse basically bothed the introduction of the new "main characters" of the franchise like young versions Cyclops and Jean Grey and how convoluted the continuity has become in these damn X-Men movies, I'd say use New Mutants as a chance to fully reboot the X-Men movie (with Ryan Reynolds Deadpool being the only element kept around), but considering 20th Century Fox is the one releasing these X-Men movies and they're the studio that thought X-Men: Apocalypse and Fantastic Four were good enough to spawn sequels, I doubt such a concept will ever grace their brains.

Anywho, that's the future of the X-Men franchise. And Bryan Singer, if you're reading this...take a cue from Indiana Jones And The Last Crusade and/or Frozen and "let it go", it in this case referring to the X-Men franchise..
Posted by Douglas Laman (NerdInTheBasement) at 8:43 AM