Saw Is Back And Its Eighth Movie Is Stealing Its Title From The Second Tron Movie. That Bastard. 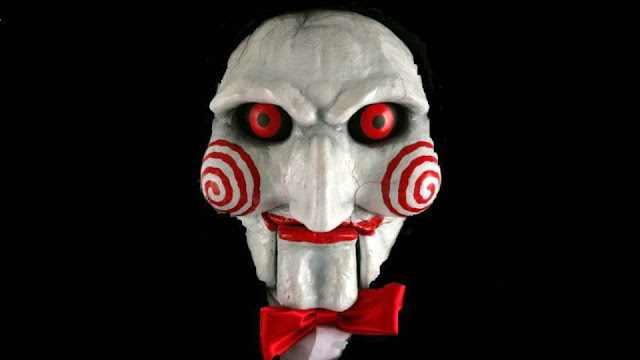 In this day and age of franchises, where even Snow White & The Huntsman can get a high-profile theatrical sequel, it's interesting how long-standing horror movie franchises seem to be the one place Hollywood decides to show some frugality. Interestingly, 2009 and 2010 are the two years where Freddy Kruger, Michael Myers and Jason Vorhees were last seen slicing up teenagers. Oh sure, sequels are in development, but Michel Myers and Jason Vorhees have been stuck in development hell for ages. Pinhead? MIA at the box office for years now. Chucky? Aside from one direct-to-video sequel back in 2013, he's also been missing for the past decade. At least Leatherface will be back to terrify audiences in his own prequel depicting a younger Leatherface in High School.


Well, at least one horror movie franchise will be returning to scream up dollars, as the Saw franchise is not dead, it's surely alive. Yep. Saw is coming back with Saw: Legacy, which starts filming later in the summer in Toronto, Ontario under the direction of Michael & Peter Spiereg. Considering how desperate Lionsgate has been to get reliable moneymaking franchises going, it's surprising Saw has laid dormant this long. But yeah, prepare for more sickening traps and Tobin Bell to somehow factor into these movies despite having died in the...third one, right? I've only seen the first one but the incoherent mythology (that seems to have started once the series primary foe kicked the bucket) of these movies is legendary.

Nobody has any idea if this will be a direct sequel to past Saw adventures or a full-on reboot. There is also no release date for the movie or a cast set. A rumor I totally didn't just make up that's floating around for this movie is that it'll star Daniel Day-Lewis as Billy The Doll, who has become sentient after the events of Saw 3D and now works as a depression-riddled piano player in a dive bar in Seattle. Daniel Day-Lewis has been preparing for the part by sitting motionless on a shelf in an antique doll store for the past six months. I'm sure Oscars for his performance here are inevitable.
Posted by Douglas Laman (NerdInTheBasement) at 1:26 PM