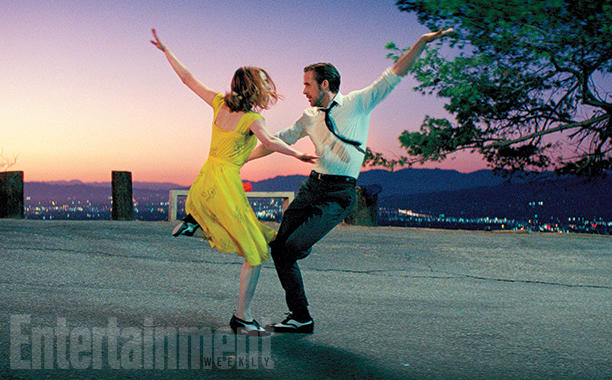 Look, I love Ryan Gosling and Emma Stone. And I love musicals. And I loved Whiplash, Damien Chazelle's feature film debut from 2014 that changed how the world saw J.K. Simmons and drums forever. So the concept of seeing those three elements merge in La La Land? Yeah, that's a tantalizing prospect, especially given how scarce original live-action musicals are in a post-1950's world. Today, the world got its first look at the highly anticipated project in the form of a teaser trailer that you can watch below!

https://www.youtube.com/watch?v=zMZDUX84b3c
So that City Of Stars song is gonna be stuck in my head all day. That is not a bad thing at all.

This is pretty much a perfect teaser trailer if you ask me. We don't get a sense of the plot or (far worse) actual spoilers, but we very much do get a sense of the atmosphere the film is trying to convey as well as plenty of glimpses at the cinematography and the two lead actors. Ryan Gosling gets to harmonize for the audience (of course he can croon like no one else's business in addition to his myriad of other talents) while Emma Stone seems to be just like the viewers of this trailer and just trying to take in the sights and sounds of this world. The various colors and lighting choices are also splendid to look at, if they can keep that visual aesthetic going for the entire movie then La La Land could be a visual utopia.

La La Land opens up in theaters in limited release on December 2nd. It goes into wide release December 16th. I'm chomping at the bit to see it, but until that day comes, I guess I can just rewatch this trailer a couple dozen more times to satisfy my cinematic hunger.
Posted by Douglas Laman (NerdInTheBasement) at 9:45 AM