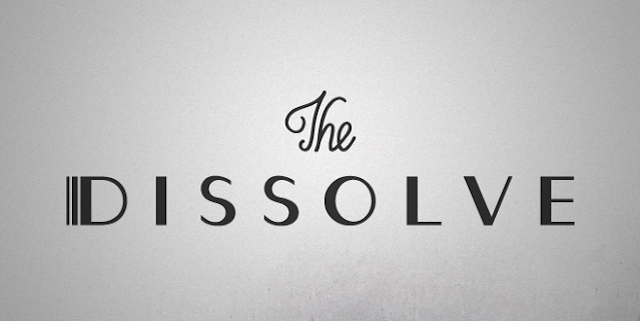 "Life is brief,
Fall in love maidens
Before the raven tresses begin to fade
Before the flame in your hearts
Flicker and die
For those to whom today
Will never return" - a passage from Life Is Brief, a 1915 song prominently featured in the 1952 Akira Kurosawa film, Ikiru

A lot can change in a year.

Think about it. That's 365 or 366 days, a notable portion of one's life that can feel like a contradiction in terms of how quickly it can pass. Sometimes, time slows down to a crawl, to the point where each moment one is living can feel like an eternity. Then there are the times where looking back on past events that have transpired leaves one in awe of how quickly time has flown by. That is an emotion, I'm sure, felt by so many film-loving individuals today as we mark the one year anniversary since the film criticism website The Dissolve closed its doors. It's webpage still remains 366 days later, a bittersweet reminder of a tremendously impactful site that was not long for this world.

Let us go a little bit farther back in time now to two years prior to The Dissolve shutting down, specifically to the date of July 8, 2013. Here is the day The Dissolve launched, a brand new sparkling domain filled with potential. The staff producing content for said site was stacked as hell, basically making it The Avengers of film journalists. Nathan Rabin, Genevieve Kosiki, Scott Tobias, Noel Murray and Tasha Robinson were among the first of these writers, with numerous individuals like Rachel Handler and Charles Bramesco eventually joining their ranks in the two years ahead. From the get-go, there was a welcome amount of diversity in the type of content produced by the site. This was not a website content to limiting itself solely to conventional definitions of "low-brow" and "high-brow" art.

A weekly column, appropriately entitled Movie Of The Week, which had various staffers examine a certain motion picture, serves as a perfect example of the level of variety found in the sites cinematic coverage. Everything from MacGruber to Chungking Express to Zelig to The Muppet Movie was covered here and all given the same level of exceptional and introspective writing. Covering such a wide spectrum of motion pictures in this column and on the entire site allowed for the expansive nature of cinema to be fully explored. There are so many types of films to be watched in this world, why should the writing about the very art of cinema not be as diverse? The extremely talented writers at The Dissolve seemed to fully agree.

And then there was the community that grew out of the comment section. Internet comment sections have a reputation for being a cesspool of racism, misogyny and cruelty and one glance at the comment sections over at sites like YouTube or SlashFilm prove such an assumption to not be unfounded. The Dissolve comment section proved to be the antithesis to the conventional traits of internet comment sections, an area where avid moviegoers from across the planet united in their pursuit to appreciate every facet of the world of film. We became a tight-knit group that managed to create lasting friendships that I honestly cannot imagine my life without. As someone who struggled socially to fit in at school and other similar environments, to have an entire community of individuals as dedicated to the world of cinema as me was a revelation and I doubt I'm alone in that feeling.

As the two years went on, the discussions in the comment section grew and grew, to the point where a feature called LoveFest, where commentors would pick a movie they enjoyed that recieved universally negative reviews and talk about what they liked about it, was started. The various essays, comments and ramblings between the denizens of this comment section only further cemented the bond between the various individuals on the site and it also allowed for interaction between the writers and readers of The Dissolve. The various authors on this site frequently engaged in lengthy conversations with readers in the comment section, lending a unique form of personal connection for the readers of the site quite unlike anywhere else on the internet.

As the two years of the sites existence wore on, the friendships between the readers of this site continued to flourish (in-jokes surrounding taco breaks, Deadpool and Clockstoppers soon flooded the comment section) and the exceptional writing began to stack up. But as Taylor Swift once said, "nothing lasts forever". On the date of July 7th 2015, things came to an abrupt halt. A newspiece about the film Northern Limit Line that arrived in the early afternoon proved to be the last piece published by the site aside from a final farewell essay penned by Tasha Robinson. Considering The Dissolve normally didn't stop putting up news pieces until later in the day, the lack of content after that slice of writing was extremely concerning. When that Northern Limit Line piece first went up in the early afternoon, it only had one or two comments. After only a few hours, the comment section was overflowing with concern and fear.

Had something gone haywire? Was this the end of the line? What had happened to The Dissolve? The uncertainty surrounding that afternoon will forever be seared in my memory. While many tried to keep their hopes up, the following morning the worst was confirmed in an essay penned by Tasha Robinson simply titled ". The credits began to roll on The Dissolve's existence all too soon. Looking at the comment section of that day, a cavalcade of emotions unfurled from countless individuals. the pain of that felt by myself and so many others felt like it would never fade away.

The sorrow felt on that specific day has never vanished my mind. But not only did that day pass, but so many other days also managed to pass by. Here we are, one year later and the unity that made The Dissolve such an amazing website still stands. Many members of The Dissolve still mingle and discuss the pleasures of cinema in a Facebook group while The-Solute (which started nearly a year prior to The Dissolve closing) has had several readers of The Dissolve try their hand at the world film writing. Meanwhile, the various writers of The Dissolve, an incredibly stacked group of talent if there ever was any, have managed to find their own niches that utilize their talents, including Nathan Rabin reviving his My World Of Flops column over at The A.V. Club and Charles Bramesco now writing for Rolling Stone.

July 8, 2015 was a heavy day for both the writers and readers of The Dissolve emotionally, that goes without saying. But with the benefit of that o'l trick hindsight, I now regard that day less as the credits rolling on a wonderful website and rather a scene transition for its writers and readers. That's not to downplay the emotion felt the day we lost that great site, rather, it's simply a reminder that time does end up marching on, for better or for worse. But that doesn't erase the emotions felt by us all on this very day last year and so I wanna say to the writers, editors and personnel over at The Dissolve today what I felt the very day the site closed up shop: thank you. Thank you for inspiring us with your words, your work and your dedication to the artform of cinema. Your dedication and work will endure and I cannot thank you enough for offering it to devotees of cinema like myself and those in generations yet to come.
Posted by Douglas Laman (NerdInTheBasement) at 5:06 AM

Email ThisBlogThis!Share to TwitterShare to FacebookShare to Pinterest
Labels: Editorial, July 2015, The Dissolve