Krall, The Villain Of Star Trek Beyond, Is A Terrifyingly Timely Creation 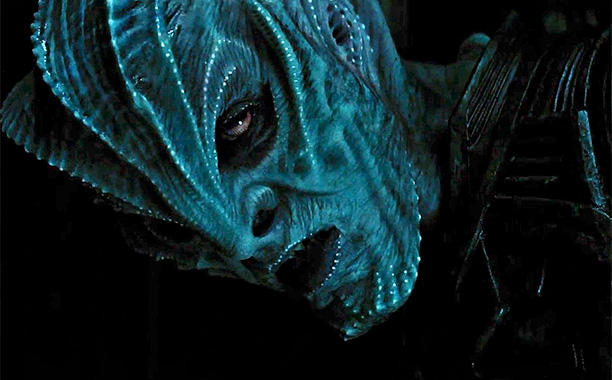 We all know what fear is. Nary a day can go by where the sensation doesn't penetrate our entire bodies. It's not a new feeling of course, but it's easy to see why many would feel particularly terrified in the wake of recent events. In the past month, the largest single massacre in American history occurred at a Florida nightclub, multiple police officers were killed in Dallas, Texas, a disturbing amount of incidents involving police officers killed unarmed African-Americans have occurred, a man drove through Black Lives Matter protesters, countless more individuals were slaughtered on Bastille Day in France. How could one not be gripped by feelings of fear at such events occurring?

Donald Trump gave a speech this past Thursday night at the Republican National Convention wherein he made references to many of these events, attempting to invoke a massive level of dread in anyone who whose eardrums were unlucky enough to cross the path of his vocals. It's rational to be scared of the horrific events that have occurred in the past month (as well as an immeasurable amount of horrifying attacks that have happened in years past), but the word irrational can be perfectly defined by Trump's recurring desire to instill fear of Hispanic, Muslim and individuals of color. To put it simply, he wants paranoia, bigotry and terror to consume our country.

Krall (Idris Elba), the alien antagonist of Star Trek Beyond, is similarly driven by the idea of pervasive discord. To him, unity is a joke, peace a fantasy notion. It's revealed in one of the final scenes of Star Trek Beyond that Krall was not always an alien being. In fact, he was once a notable Starfleet captain named Balthazar Edison, a man who spent years as a soldier before transferring to the world of commanding starships. Starfleet prides itself on peace and non-conflict, an idea Balthazar, who had spent so long in the world of grisly combat, just couldn't accept. Eventually, Balthazar used a procedure to prolong his lifespan (one of the consequences of such a procedure was that he would physically resemble an alien instead of his human form) and waited years to find an ancient weapon he could use in his vengeance against Starfleet, a weapon our heroes upon the U.S.S. Enterprise happen to have in their possession.

Krull is convinced that the idea of unification is impossible, a notion our heroes refute on multiple occasions. One of the more interesting aspects of the story of this movie is that it offers the chance for various members of the U.S.S. Enterprise to be paired off and bounce off each other. Through the various duo's misadventures, the audience gets to see the why unity is such an important factor in the world. Spock (Zachary Quinto) would have died from the debris piercing his body if he had not had Bones (Karl Urban) by his side to help him, while Jaylah (Sofia Boutella) would never have got her "home" (which is really an older starship off the ground) off the ground without the assistance of (as she calls him) Montgomery Scotty (Simon Pegg). Hell, the very climax of the movie involves Spock and Bones flying around in a ship together despite their differences (and Bones very apparent misgivings about the endeavor) while Scotty helps Kirk foil Krall's final attempt to destroy a Starfleet base.

Krall's mind has been so warped to the point where he's forgotten how crucial unity is to our species. Throughout history, human beings we now consider to be legends could not have completed their accomplishments without the assistance of others. There's a reason one key phrase that is told to people on the verge of suicide is "You are not alone". Because it is one of the greatest truths of our species, one of the tenants on which we have built our under civilization.

You are not alone.

The idea of us all getting along and working together for a greater good is the very idea that was at the heart and core of Gene Roddenberry's vision for Star Trek in the first place. Giving the very antithesis of such a concept in the form of Krall is absolutely brilliant and one that both the script of Star Trek Beyond and Idris Elba's performance (which is particularly exceptional in his final moments when he wearily attempts to complete his plan) pull off excellently. It's a tragedy, though, that Krall feels so close to a real life individual who is one of two potential human beings that will be leading this country come November.

Donald Trump see's himself as the savior in a land overridden by darkness, an Immortan Joe who believes himself to be Mad Max. By contrast, Star Trek Beyond see's a future filled with hope and problems, both aspects that our group of heroes will face together. Star Trek Beyond does not ignore the kind of darkness that truly does exist in our world, but the brilliant part of this movie is that it shows that we cannot react to tragedy like Krall or Donald Trump. We cannot alienate our fellow human beings, we must, as a country, come together, help the downtrodden and never lose hope. I know it's tough to remember the goodness in the world, especially considering all of the horrifying events that have transpired in the past months. But Star Trek Beyond serves as a fantastic reminder of the power of unity, the power helping one another and the power of never losing sight of how we're all in this crazy ride called life together. After all, the crew of the U.S.S. Enterprise are victorious not when the mimic the selfish nature of Krall or real-life figure Donald Trump, but rather by coming together and working together for a greater goal.

Allow me to close this piece with a quote by the man behind Star Trek himself, Gene Roddenberry. Notice how he uses the words "our" in this quote:

"The human race is a remarkable creature, one with great potential, and I hope that Star Trek has showed us what we can be if we believe in ourselves and our abilities."
Posted by Douglas Laman (NerdInTheBasement) at 4:59 PM