It's Matt Damon v. Monster: Dawn Of Great Wall Of China In The First Trailer For Zhang Yimou's The Great Wall 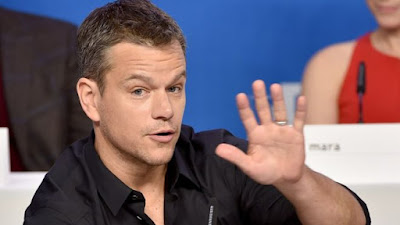 There's been a dearth of original blockbuster fare this summer, with multiplexes being jam packed with so many sequels to the point that original indie fare that could have worked as counter-programming (like Swiss Army Man or The Lobster) struggled to get a notable amount of screens to play on. For those looking for some originality, prepare yourselves for The Great Wall, a Chinese-American movie from Zhang Yimou that's...well, watch the trailer and see for yourself.

Like early 2017 release Monster Trucks, The Great Wall has such an off-the-wall original premise, I can't help but give it some kudos, though whether or not it's actually a good movie is another ordeal; lest we forget, Gods Of Egypt was also a bonkers original property and that turned out to be a tedious disaster. Very odd to see Matt Damon wandering around the distinctly Chinese environments though. I'm sure the producers reasoning for his casting was the o'l stand-by "We needed a bankable actor!", but that doesn't make the cultural dissonance any less odd. And just wait until Damon's co-star Willem Dafoe (presumably playing a rat with a penchant for snapping his fingers whose guarding some valuable cider) starts appearing in the promotional materials!

One other thing I like about this trailer: all of the colors! The movie does look mighty pretty in a number of shots, even if the battlefield sequences look to be draped in the washed-out blue aesthetic that's consuming many modern-day cinematic depictions of war. Speaking of visuals, I'm mighty curious what the nasty beasts this wall is trying to keep out look like. I'm sure we'll get a better look at the various monsters in this movie in the months ahead as The Great Wall ramps up its marketing effort.

Posted by Douglas Laman (NerdInTheBasement) at 11:15 AM