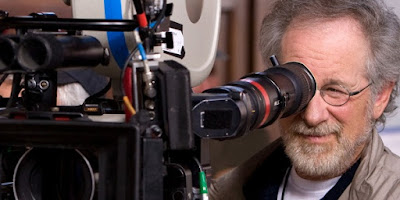 Steven Spielberg is not a man known for having a light workload. Remember how, back in 1997 and 1998, he had three directorial efforts (The Lost World: Jurassic Park, Amistad, Saving Private Ryan) released in the span of 13 months?  Oh he'll take prolonged breaks occasionally but whenever he comes back he's always got multiple films up his sleeve. It looks like he's on one helluva roll right now, as, hot off the heels after releasing Bridge Of Spies last Fall (which you should see ASAP if you haven't yet, it's great), he's got The BFG lined up for this summer, Ready Player One set for March 2018 and he'll also be handling a fifth Indiana Jones feature in July 2019.


I love how diverse all three of those projects are, with a family film and two very different summer blockbusters in the cards for him. Ah, but he isn't done yet, no siree. In fact, he's lined up a drama that for Amblin that he'll film in the first few months of 2017 so that it can be released later that year. Deadline broke the news on the project, entitled The Kidnapping Of Edgardo Mortara, based on the book of the same name which itself is based on actual events. The story revolves around a young boy of Jewish faith, named Edgardo, whose kidnapped by members of The Inquisition. Mark Rylance will star in his third straight movie for Spielberg as Pope Pius IX.

It's been 41 years since Spielberg directed the game-changer film that was Jaws and the dude really hasn't lost a beat in the decades since. His last two films, Bridge Of Spies and Lincoln, were top-notch stuff and I'd easily consider the latter film amongst the director's finest works. It's always great to hear he's working on something new, so you can bet your buttons that I'm very much excited to see this new drama of his when it comes late next year. Also worth nothing; this will be the first Spielberg directed effort under the new Amblin/Universal partnership, meaning this will be the first film Spielberg directs for Universal in 12 years, with the last movie they collaborated on being the 2005 feature Munich.
Posted by Douglas Laman (NerdInTheBasement) at 2:17 PM