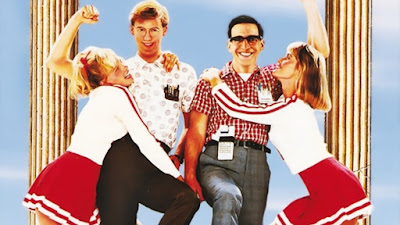 It's likely that, over the weekend, you've seen headlines (like the one over on Movieweb) about individuals on social media who got sent death threats for their opinions expressed on the internet. Now, one unfamiliar with this situation might be curious what opinions were dished out that could generate such responses. Get this; it was all over a movie where two spandex-clad superheroes beat each other up in order to boost up the value of Warner Bros. stock. Yep, human beings expressing public disapproval of Batman v. Superman were sent death threats for not liking a motion picture anywhere near as much as the people sending the aforementioned desires to people like Clarke Wolfe, who got this "lovely" comment on an Instagram post:

Well, someone threatened to kill me on Instagram today. Over MAN OF STEEL. This shouldn't be a thing. @DCComics pic.twitter.com/WTk89zJWh2
— Clarke Wolfe (@clarkewolfe) April 22, 2016

And she isn't the only one to receive this treatment on social media. Just look at the Twitter feed of dcfanboyyyy and his rantings and ravings about a conspiracy to damage the reputation of a movie he hasn't even seen yet. What's truly insane, and even more than a little bit horrifying, is that this isn't the first time weirdo fanboys on the internet have reacted to opinions that aren't exactly like theirs in this manner. Let's not forget about Gamergate, the movement that reacted to the likes of Zoe Quinn and Anita Sarkeesian posing the idea that certain concepts of gender in conventional video games may not be 100% perfect was met with mass shooting threats and doxxing.

Where is all this coming from? Well, as usual in the landscape of reality, the answer is complex and stems from many areas. But in the case of these DC Fanboy Issued Death Threats (or DCFIDT, as it'll be referred to for the rest of the piece), all of the reasons behind it come from Nerd Culture, which has become an intoxicating zone that attempts to push the idea that nerds are still the persecuted minority like they were in decades past as if that's even remotely the truth in this day and age. Folks, a movie about Deadpool is the number one movie of 2016 right now. If you needed any further proof that your once niche interests no longer fall under the categorization of being "niche", well, there you go.

But the concept of being persecuted tunnels onward and the only way to keep that delusion going is to find targets that can be seen as potential victimizers. Thus, anyone whose thoughts of Batman v. Superman even drift slightly away from "BEST MOVIE EVER" are seen as "Marvel shills", "Full of Marvel bias" and all that junk. The very idea of new opinions is threatening on an incomprehensible level to the cowardly souls who threaten to kill people like Clarke Wolfe over her opinions over a movie. Something else fueling this drive to rid the world of naysayers to the movies/TV shows/they like can be seen in the not-that-new phenomenon of having the pop culture you consume replace your identity. Instead of having their friends, families or life experiences define them, the likes of dcfanboyyyy have obviously had the characters in the DC Murder Universe be the shining light that guide their actions in the life. And when something becomes that personal to you, you're bound to defend it to the ends of the Earth, by any means necessary.

That's kind of scary to consider, isn't it? And I say that as someone who loves cinema, as someone who rarely can be found wearing a T-shirt that isn't adorned with some sort of film/TV/theater item and as someone who writes about various facets of pop culture on a daily basis. But I'm also able to put a barrier between myself and what I love. Individuals I encounter who have differing opinions on movies or shows I like should be greeted with curiosity and proper manners, not actions like threatening to kill them. I sincerely hope this doesn't come off as bragging, because, frankly, I'm hoping to convey with this paragraph how those behind stuff like the DCFIDT basically lack the most common principles of human interaction like "Don't threaten to kill people who disagree with you about a Batman movie.". Don't get so wrapped up in the art you enjoy that it replaces your ability to engage with other human beings in a reasonable manner.

It's a toxic environment for those looking to spell out their own opinions that might be sometimes negative (though certainly not as toxic as the domain female video game critics find themselves, where attacks take on an extra layer of sexism, namely in rape threats). It certainly doesn't help that the likes of high profile media figures like Grace Randolph try to stir the kool-aid by acting like there is indeed a "Marvel bias" in the media and make deluded nerds think they're heroic knights storming the "anti-DC" castle in their crusade to reveal the devious "Marvel shills". Instead, they're just the hideous trolls under the bridge one can find in any fairytale, though it's doubtful even the most sadistic troll was as consistently cruel (and frequently misogynistic to female critics) as the individuals participating in efforts like the DCFIDT (as well as other nerd culture stemming groups like the aforementioned terrorist organization Gamergate). It's a horrendous onslaught of delusions, persecution and insecurity all leading to a ravenous group of people living and dying based on what other people think about a Batman movie.

Welcome to Nerd Culture 2016 folks. A barbaric realm where the immature and insecure react to the concept of "different opinions" with actions like death threats. To say it all makes me sick to my stomach and fill my heart with rage and sorrow is a gross understatement.

Email ThisBlogThis!Share to TwitterShare to FacebookShare to Pinterest
Labels: Editorial