Batman v. Superman Descends By 68% In Second Weekend While God's Not Dead 2 Gets Crucified At The Box Office 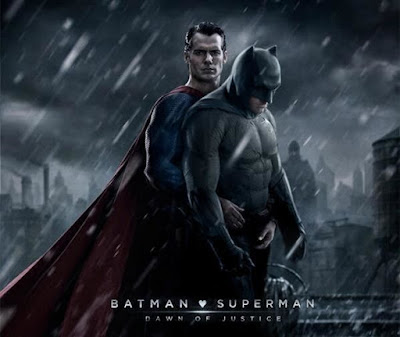 That comparison to Age Of Ultron makes it fundamentally clear that something is rotten in the state of Denmark in terms of the films box office. Now, to be seriously fair here, BvS is no box office dud, not by any stretch of the imagination. It's still gonna clear $300 million with ease, but it is pretty clear from this massive second-weekend plunge that the word-of-mouth on this title is far from as super as one of its lead characters. It'll be interesting to see how this affects the box office for Justice League next year, especially since that title faces a far more competitive marketplace (it'll have to face Star Wars Episode VIII just five weeks into its run). That's another interesting thing to note about this second-weekend decline for BvS...this weekend was wide open for it, it didn't have any major newcomers to face and yet it still fell off in such a steep manner. Batman v. Superman has now grossed $260.2  million in tens day (the eleventh best 10-day gross for a film ever)  and I'm veeery curious how this one holds up from here in the weekends to come, to say the least.

In second place, Zootopia continued to be one of the most surprisingly huge box office performers in recent memory, dipping only 17% from last weekend for a fifth-weekend haul of $20 million, taking its domestic cume to $275.9 million. That's the seventh best fifth-weekend for a movie in history and only the seventh time in history a film has managed to gross $20 million in its fifth-weekend of release. This one will now easily gross over $300 million domestically and could go as high as $330 million when all is said and done depending on how well it holds when competing family film The Jungle Book (also from Disney) opens in two weeks.

In its second weekend of release, My Big Fat Greek Wedding 2 held on decently, easing 38% for a gross of $11.1 million this frame and taking its 10-day total to $36.5 million. This one will probably end its domestic run in the realm of $50-55 million, a solid haul given its $18 million budget.

God may not be dead, but this film franchise may be. The film franchise I'm referring to is, of course, God's Not Dead, whose first sequel, God's Not Dead 2 got off to an underwhelming start with only $8.1 million grossed in its opening weekend. Normally, a $2 million film grossing four times it budget would be reason for euphoria, but that opening is below the bow of the first film by 10% despite having more than three times the amount of theaters the first installment had on its opening weekend. Even in the realm of Christian movies, this opening is below the bows of recent Christian films like War Room, Risen and even When The Game Stands Tall.

Why did God's Not Dead 2: Age Of Corinthians perform below the first movie? I have a theory about that stemming, from my own experience as a Christian. God's Not Dead 1 centered on a college student encountering and standing up to an Atheist professor, which plays into the pervasive fear many Christians have over College being a place that will "corrupt" the youth. You have no idea how many books I received from adults at my Church upon graduating High School that warned me of the "temptations" of College. While the concept of persecution of Christianity in public schools is a well-known notion in the Christian community, it didn't prove to be as compelling this go-around. To boot, the fact that this movie ditches most of the cast of the first movie (including the lead character) may further alienated audiences who had grown enamored with the previous God's Not Dead production. And now for the big question...will this middling box office prevent God's Not Dead 3 (which was teased in a God's Not Dead 2 post-credits scene that I had no idea existed until yesterday afternoon) from coming to life? Or will that post-credit scene join the ranks of scenes from Green Lantern and Super Mario Bros. that teased sequels that would never be?

Also opening this weekend a parody of The Purge entitled Meet The Blacks, starring Mike Epps, which debuted to an OK $4 million at 1,014 locations in eighth place. This makes it the seventh biggest opening weekend for mini-movie studio Freestyle Releasing and the forty-ninth biggest opening weekend for a comedic spoof movie, right in line with the $4 million debut of MacGruber.

Three films went into wide release this weekend, with two finding success and the other...well, not so much. The first successfully expanding feature is Eye In The Sky, which went into 1,029 theaters and grossed $4 million for a $3,941 per theater average. That's a solid number that indicates the film is generating solid word-of-mouth with audiences that may just keep it sticking around at the box office in the coming weeks. Eye In The Sky has now grossed $6 million. Meanwhile, Hello, My Name Is Doris went into 964 theaters (the widest release ever for distributor Roadside Attractions, who has been on a roll in the past year with hits like Hello, My Name Is Doris, Love & Mercy and Mr. Holmes) and successfully continued the momentum it's been carrying the past three weeks by grossing $2.3 million for a per theater average of $2,453 and a current domestic total of $6.6 million.

Alas, I Saw The Light was the odd man out in terms of films expanding into wide release this weekend, with the Hank Williams biopic, playing in 741 theaters, grossing only $745,000 for a middling per theater average of $1,006. This release didn't have that much to speak of in the way of notable marketing (aside from Tom Hiddleston charmingly appearing as a weatherman on a local TV news broadcast) and those middling reviews didn't help things. Those two elements ensured that I Saw The Light couldn't stand out in a marketplace surprisingly packed with high-profile arthouse releases.

A24 took an interesting turn with its release of The VVitch this weekend, bringing the film back into wide release this weekend in its seventh weekend of release, putting it back into 666 theaters to be exact. It didn't make much of an impact at all in its re-expansion (it only grossed $465,000 this weekend for a per theater average of only $698), but damn that's a fun little move on their part as a distributor. The VVitch has now grossed $24.5 million. Meanwhile, Midnight Special expanded into 58 theaters to decent numbers, grossing $581,000 for a per theater average of $10,017 and a current domestic total of $994,000.

But wait folks! There's still more to talk about with this week's box office! For you see, two new high-profile releases debuted in limited release this weekend as well. The first of that duo was Everybody Wants Some!!, which debut to an underwhelming $323,000 at 19 locations for a per theater average of only $17,000. Despite glowing reviews and being Richard Linklater's follow-up to the wildly critically successful feature Boyhood, this 1980's set feature doesn't seem to be gaining traction at the box office.

On the other hand, fellow limited release newcomer Miles Ahead pulled in a surprisingly strong debut, grossing $122,751 from 4 theaters for a per theater average of $30,688. Very impressive box office figures for Don Cheadle's feature directorial debut and a bright spot for distributor Sony Pictures Classics which has experienced a number of recent box office missteps like The Bronze and I Saw The Light. Look for this one to expand its theater count drastically over the coming weeks and it'll be interesting to see how it fares from here on out.

Email ThisBlogThis!Share to TwitterShare to FacebookShare to Pinterest
Labels: Batman v. Superman: Dawn of Justice, Box Office Analysis, Everybody Wants Some!!, Eye In The Sky, God's Not Dead 2, Hello My Name Is Doris, Meet The Blacks, Miles Ahead, Zootopia