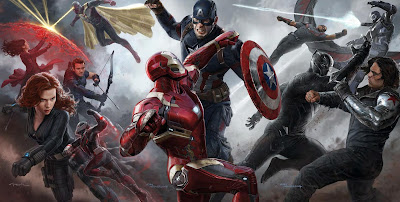 How is it already summertime? Doesn't it feel like just yesterday that we were celebrating the ushering in of a new year? Now, we're on the cusp of another summer moviegoing season, one full of big-budget blockbusters, potential indie sleeper hits and a movie where Kevin Spacey turns into a cat via the power of a mystical Christopher Walken. This week, I'll be predicting the Summer 2016 box office in two separate parts. Today, I'll be looking at my predictions for what will be the ten highest grossing movies of the summer and on Thursday I'll be taking a sprawling look at potential sleeper hits, box office question marks and potential box office misfires.

Today, let's look at the ten movies I think will amass the largest domestic cumes at the box office. Let's start out with....


1. Captain America: Civil War
Will Civil War play like a Captain America follow-up or an Avengers sequel? That is the big question, and I have a hunch it'll land somewhere in between the two, though closer to an Avengers movie. The last Captain America movie, The Winter Soldier, grossed $259.7 million, while the most recent Avengers movie, Age Of Ultron, made $459 million last summer. There's about $200 million separating the two, and thanks to extremely strong early reviews, as well as the fact that the film will be introducing high-profile superheroes like Black Panther and Spider-Man, it does feel like this one could go the distance and become the biggest movie of summer 2016.

2. Finding Dory
After 13 years, Finding Nemo has solidified a place in pop culture as one of the most beloved family movies of this century. People love this motion picture and a sequel centered on scene-stealer Dory sounds like a recipe for guaranteed box office success. This one won't improve on its predecessors domestic gross as dramatically as fellow PIXAR sequel Toy Story 3 did to Toy Story 2 (there was 71% increase from TS2 to TS3), but expect this one to handily become the biggest movie of the summer and the fourth movie ever from PIXAR to hit $300 million in the US. 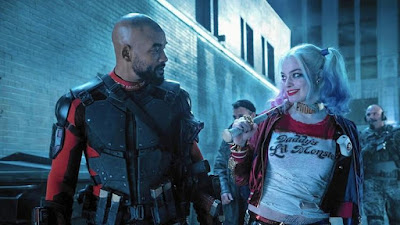 3. Suicide Squad
Now that Batman v. Superman hasn't quite lived up to its box office expectations, what does that mean for future DC Extended Universe motion pictures? Well, the good news for Suicide Squad is that not only does it appear to be very much separate from that Zack Snyder critical dud (though Ben Affleck will be cameoing in the movie as Batman), but the super eye-catching and popular trailers for it went out prior to the more mixed reception conjured up by BvS. If the marketing continues to be as noteworthy as those first two trailers (which actually have more views on YouTube than BvS, believe it or not), look for this one to become the second-straight movie in the DCEU to gross $300 million domestically.

4. Jason Bourne
It's kind of surprising, three-and-a-half months out from this movie's release, that Universal hasn't done more marketing for Jason Bourne yet (we've only gotten a Super Bowl TV spot and a solitary poster), but to be fair,  does this movie really need any marketing? Seriously, this one's basically an excuse to print money. After a nine year long absence, Jason Bourne is back on the big screen, played by Matt Damon who's fresh off his Oscar-nominated turn in the box office smash The Martian. Yeah, this one seems like a recipe for box office success.

5. The Secret Life Of Pets
Illumination Entertainment should continue their hot streak with their newest animated movie, which combines a prime Summertime release date, a roster of A-list actors (namely Kevin Hart whose social media presence should go a long way to help this movie in the realm of marketing) and a simple premise (what do pets do when you're not around?) that, if my Facebook feed full of my friends sharing the various trailers for this release, is already striking a chord with audiences.

6. X-Men: Apocalypse
This ninth X-Men movie lacks the big hook of X-Men: Days Of Future Past where the old and new cast members of the franchise got to meet for the first time, but luckily that 2014 major mutant motion picture got a great reception from critics and audiences alike, paving the way for demand for more X-Men titles. The film has been performing strongly on social media too, and as long as it doesn't get disastrous level of critical and audience reception on par with BvS, this should be the second big X-Men hit for 20th Century Fox in 2016. 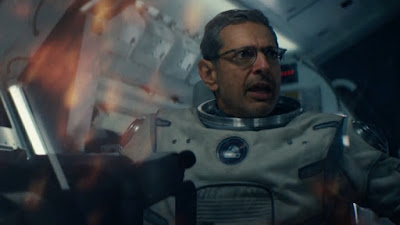 7. Independence Day: Resurgence
And here is one of the bigger question marks of the summer. Back in 1996, Independence Day was a box office phenomenon, grossing over $300 million at the domestic box office alone. Since then, the films retained a lower profile than other 90's blockbusters like Jurassic Park and Titanic and it's hard to see if the film is really eliciting a lot of nostalgia or interest with its early trailer, though it should be noted that individuals polled on high-profile movie ticket website Fandango chose the film as their second most anticipated feature of summer. It doesn't help that it lacks a big A-list actor that can invigorate interest, like how Chris Pratt, fresh off his memorable lead turn in Guardians Of The Galaxy, made Jurassic World all the more enticing. Here, the first movie's star, Will Smith, has been ditched and Liam Hemsworth is the most high-profile of the new additions to the cast. Perhaps it'll end up outdoing the original in a similar manner to how much Jurassic World improved on Jurassic Park just last summer, but for now I'll say there's a steady decrease this go-around

8. Central Intelligence
Yep, this is my one "bold" box office prediction, the one that is 95% likely to get some egg on my face come Labor Day. But something tells me I might avoid having my face decked out in yolk this go-around, since Central Intelligence does seem to have all the makings of a sleeper box office hit. Kevin Hart and Dwyane Johnson are two big names in their own right, combining them is bound to garner some attention regardless of the project. Early trailers have been filled with noteworthy jokes that have gone insanely well whenever they play at my movie screenings (some people were gasping for air after the flashback to a portly teenage Dwayne Johnson belting out a tune in the shower). Perhaps this one does end up under-performing like recent Kevin Hart titles such as Ride Along 2 and The Wedding Ringer, but considering the thus far uber-successful marketing and the fact that its got no other comedies to compete with for three weeks (meaning it'll be the only comedy in the marketplace over the lucrative 4th of July holiday), this one may just go the distance at the box office.

9. Alice Through The Looking Glass
In the six years since Alice In Wonderland, it doesn't feel like there's been much clamor for another installment, though this is one of those American blockbusters that's looking to make most of its cash overseas (the first one made $690 million internationally and that was without being released in China). This one is being released into a crowded marketplace for family movies that'll include The Angry Birds Movie and the newest Ninja Turtles film, which means it won't stick around for long at the box office. Still, that first one made over $330 million domestically, so unless Johnny Depp has really burned every single bridge in the possible in the last six years, I can't see this sequel losing much more than 50% from the first movie. Fun fact; this would make Alice Through The Looking Glass the first Johnny Depp movie to hit $100 million domestically in five years (his cameo in Into The Woods in 2014 excepted). 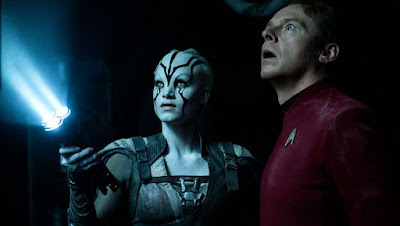 10. Star Trek Beyond
If there's any summer blockbuster that could really benefit from a release date change, it's Star Trek Beyond. Coming off the more lukewarm reception of Star Trek Into Darkness, the goodwill generated by the 2009 reboot of Star Trek has been mightily depleted. Smushing the newest Star Trek adventure in-between new Ghostbusters, Bourne and DC Comics films feels like a poor idea and delaying it until October (where sci-fi films The Martian and Gravity excelled at the box office) would be a better choice in my book, but whatever. Even with intense competition, this one should still narrowly become one of the ten biggest movies of the summer, though it'll suffer a mighty 25+% drop from its predecessor domestically

For Part Two of this piece, click here.
Posted by Douglas Laman (NerdInTheBasement) at 9:40 AM