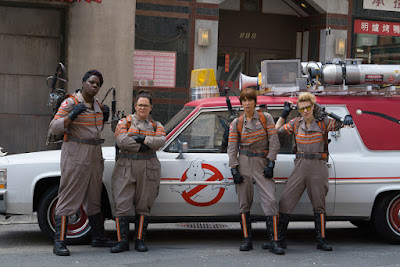 Welcome to the second part of my Summer 2016 Box Office Predictions! Back on Tuesday, I examined what films I thought would be the ten biggest of Summer 2016. Now, I'll be looking at the majority of the other films opening this summer. I'll be dividing up the movies into three separate categories; the first is Potential Sleeper Hits, which refers to movies I think have a shot at surprising us all with their box office grosses. Then there are Wild Cards, films that could go either way financially. Finally, I'll also examine Potential Box Office Misfires, movies this summer that I have strong hunch won't make much of a financial dent.

Without further ado, let's get started on the second part of this series! 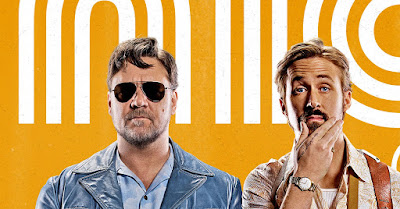 Potential Sleeper Hits
Out of all of this year's summer blockbusters, Ghostbusters might be the one that feels most unpredictable. Unlike new Marvel or PIXAR movies, where we have recent movies from both studios to look at for guidance on projecting box office, there hasn't been a new Ghostbusters movie in 27 years. That makes predicting this one super tricky, though the presence of legitimately beloved comedic actors like Mellissa McCarthy and Kristen Wiig could really give this one a boost as well as a residual nostalgia for the original two films. Fellow comedy follow-up Neighbors 2: Sorority Rising should also fare well this summer and avoid the fate of comedy sequels like Ted 2, thanks to ads that clearly showcase new characters and comedic situations while emphasizing returning elements from the first film that were popular (like Zac Efron and those abs of his).

Opening the same weekend as Neighbors 2 is The Nice Guys, whose humorous trailers set it up as a distinctive movie (namely in its 1970's setting) quite unlike anything else coming out this summer. If this manages to take off with critics, watch out, cause this could become a big sleeper hit, especially since it's opening one week prior to the lucrative Memorial Day holiday weekend. Me Before You, based on a best-selling book, has a very popular trailer and two stars reasonably popular with younger audiences that could make it solid counter-programming against action heavy films like Ninja Turtles and Warcraft. Meanwhile, The Purge: Election Year should flourish with not only a title that ties in nicely with a certain big American event occurring in November but also has a Fourth Of July release that ties in nicely with the patriotic tinged aesthetic of the franchise.

Here's another comedy I'm predicting takes off at the box office; Mike & Dave Need Wedding Dates. Something just tells me that the combo of proven box office draws Zac Efron and Anna Kendrick, as well as up-and-comers like Adam DeVine and Aubrey Plaza, as well as being the first out-and-out comedy in three weeks, will lead it to box office glory. Another comedy likely to fare well is the newest Seth Rogen vehicle, Sausage Party. Being the first R-rated animated movies in ages gives this one a touch of uniqueness that other comedies won't have this summer, allowing it to stand out from the pack. Opening the same weekend as those raunchy food items is Florence Foster Jenkins, the newest Meryl Streep film. Streep has had a lot of success with dramas that work as summertime counter-programming (see: The Devil Wears Prada, Julia & Julia and Hope Springs) and this has a good shot at contiuing that streak.

Later on in August one can find the weekend before Labor Day, which delivers two films that seem likely to thrive based on how they're aiming to satiate audiences that are underserved in the summertime. Don't Breathe, which already generated plenty of buzz out of SXSW, will be the first new horror film in a month while boxing drama Hands Of Stone should provide the sort of inspirational sports film that Creed and Southpaw proved last year still bring in the crowds, Finally, Pete's Dragon is the newest live-action adaptation of a beloved Disney film, and while Pete and Elliot The Dragon don't carry anywhere near the brand name recognition as, say, The Jungle Book or Alice In Wonderland, the concept of "a boy and his dragon" should work well on its own merits in terms of marketing to likely generate plenty of profits. 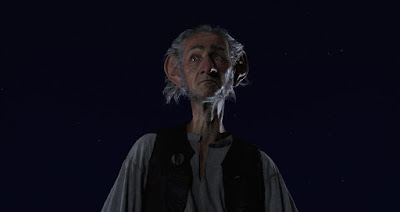 Wild Cards
There are some movies that one can tell from the get-go are either box office duds or hits...and then there are films like these, which, for a number of reasons, really could go either way. One such film is The BFG, which will debut in between the two most high-profile family movies of the summer (it opens two weeks after Finding Dory and a week prior to The Secret Life Of Pets) and it's hard to tell if it can stand-out, though it should be noted that it's never wise to underestimate Steven Spielberg. It's also hard to tell if The Conjuring 2 can replicate the success of its predecessor despite its solid marketing effort thus far, especially since the goodwill of the first Conjuring may have been used up on the more poorly received spin-off Annabelle.

Matthew McConaughey returns to American movie theaters for the first time since November 2014 with Free State Of Jones, a Civil War-set drama that does have McConaughey in the mode audiences seem to like him best in (battle-worn but inspirational), but it's hard to tell if it can stand out in the crowded 4th of July marketplace. Meanwhile, The Angry Birds Movie gets to be the first family movie of the summer, though the marketing for it so far has come across as more derivative than anything else and even kids might find this to be too much of a blatant piece of marketing. George Clooney, looking to rebound after box office dud Tomorrowland, stars in the early May drama Money Monster, which has an attention-grabbing trailer and could work as solid counter-programming to the likes of Captain America: Civil War. Being an adult-skewing drama though, this one's gonna live or die on reviews, and if those fail to be really good, it could struggle at the box office.

While Warner Bros./New Line Cinema struck it out of the ballpark with releasing an original horror movie in July back in 2013 with The Conjuring, they had far far less success with The Gallows last summer, though the tiny budget on the film meant it still turned a decent profit. Whether Lights Out will be more on the order of The Conjuring or The Gallows at the domestic box office at this point is anyone's guess. Bad Moms is also tricky to predict at this point simply because there's no marketing (sans a couple of still photos from it) out yet, though it is worth noting footage from it did go over well at the annual movie theater owner convention CinemaCon a few weeks back. Michael Keatons recent resurgence, as well as revolving around one of the biggest fast food chains on the planet may give The Founder a late summer boost, but there's a surprisingly large amount of dramas opening up in August that may limit its box office potential. Finally, the newest film from animation studio LAIKA, entitled Kubo And The Two Strings, arrives in mid-August. It's got a more distinctive visual look and bigger names in its cast than the previous LAIKA feature, The Boxtrolls, though opening just a week after Pete's Dragon could make it an also-ran at the box office. 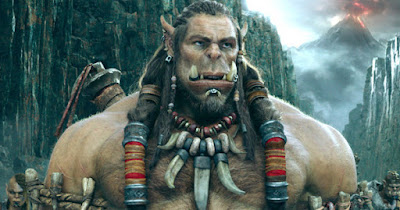 Potential Box Office Misfires
Teenage Mutant Ninja Turtles: Out Of The Shadows is likely to follow the box office path of fellow sequels to live-action adaptations of beloved cartoons like The Smurfs 2 and Garfield 2. These movies fall off once the sequels roll around because the one gimmick of the original (Look! Characters you have nostalgia for romping around in the real world!) has been used up. TMNT 2 is trying to counter this by incorporating fan favorite characters like Casey Jones, Krang and Bebop & Rocksteady, but it's doubtful that's enough to stop the bleeding. Meanwhile, Warcraft has been on shaky ground for awhile, with its Comic-Con presentation last summer getting a lukewarm response and the viability of World Of Warcraft being questionable. But thanks to a bizzarely inept final trailer, it looks like the marketing for Warcraft isn't going to be where it needs to be to make it stand out in the crowded field of summer 2016 blockbusters.

Can The Legend Of Tarzan strike box office gold for the legendary man in a loincloth? This one does have the advantage of everyone on the planet knowing who Tarzan is, but early trailers haven't gotten a notewrothy response and competition from Independence Day 2 over the 4th of July holiday won't help things. Meanwhile, the first posters and trailers for Ben-Hur do not make it stand out one bit and this one seems almost destined to be a box office misstep. Ditto for Now You See Me 2, a follow-up to a 2013 sleeper hit that didn't really leave a major pop culture impression. There's not much in the way of really captivating new plot points and characters in the trailers, so it's doubtful Now You See Me 2 pulls off box office magic.

Ice Age: Collision Course will almost certainly fall way short of its predecessors domestically, thanks to steep competition from The Secret Life Of Petes and the middling reception of the last Ice Age movie, though unlike the other films in this column it'll still almost certainly make big bucks internationally. Popstar: Never Stop Never Stopping is guaranteed to surpass (maybe even double) the domestic gross of the last Lonely Island movie, Hot Rod, but it's doubtful it's more off-brand style of humor appeals to general moviegoers. Another comedy that's likely to struggle at the domestic box office is War Dogs, which carries a number of well-known actors (specifically Miles Teller, Jonah Hill, Bradley Cooper) but is the sort of darker comedy that doesn't tend to fare well at the box office.
With so many options for family moviegoers this summer (there's ten family movies planned to be released between the first weekend of May and Labor Day), Nine Lives, with its trailer that feels more like a parody ad that would play before Tropic Thunder, will be at the back of the pack. And while Jason Statham got a major boost in his profile last year appearing in box office hits like Furious 7 and Spy, that's unlikely to translate into much interest for his newest film, The Mechanic: Ressurection, a sequel to a mostly forgotten 2011 action/thriller.
Posted by Douglas Laman (NerdInTheBasement) at 11:01 AM