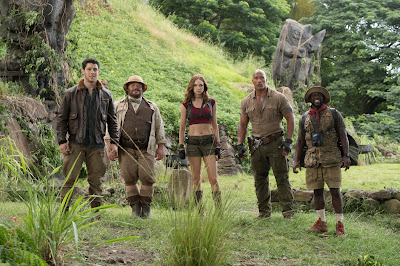 Six movies have managed to open to over $20 million with no problem in the last decade (seven movies have done that in history). That doesn't make Super Bowl weekend the equivalent of Christmas weekend in terms of being the optimal place to launch major moneymakers, but movies can make notable box office grosses here which makes it insane how studios have basically abandoned this weekend in the five years since Warm Bodies grossed $20.3 million in February 2013. Since then, only two movies (Hail, Caesar! and Rings, making this the only time in history those two movies will ever be connected) have grossed over $10 million over Super Bowl weekend thanks to studios using it as a dumping ground for a horde of unappealing titles. Why not try to launch something that actually stands a chance at making money here instead of just letting the box office go into a lull like it did this weekend? The likes of Taken, Chronicle and Dear John have shown that it's more than possible to make cash here. Oh well, there's always 2019, which currently doesn't have a thing scheduled for it's Super Bowl weekend.


Anywho, little rant out of the way, let's get to the weekend box office proper, which offered up pretty slim pickings in terms of notable, for good or for ill, box office figures. Jumanji: Welcome To The Jungle returned to the number one spot at the domestic box office this weekend after Maze Runner: The Death Cure knocked it to number two last weekend. Grossing another $11 million, that's a tiny 32% dip from last weekend and good enough to be the eleventh biggest seventh weekend in history. Jumanji has now grossed an outstanding $352.6 million domestically. In second place, fellow holdover Maze Runner: The Death Cure dropped 58%, the largest second-weekend drop in the series, to gross another $10.2 million for a $39.7 million domestic haul so far.

The only new wide release of the weekend was Winchester and that horror feature grossed $9.2 million, good enough to be the thirteenth biggest opening weekend ever for a movie featuring Helen Mirren. That's down 55% from the $20.8 opening weekend of The Woman In Black, another horror movie CBS Films released over Super Bowl weekend. Despite the presence of bigger names in it's cast compared to other recent horror films, Winchester couldn't quite make itself look unique enough to garner major audience interest, thus why it debuted below $10 million.

The Greatest Showman experienced it's harshest weekend-to-weekend drop yet this weekend, yet it was still the fifth weekend in a row where it dipped under 20%. Going down only 18%, this musical sensation grossed another $7.8 million to bring its domestic haul to a stunning $137.4 million. Rounding out the top five was Hostiles, which dropped 45% to gross another $5.5 million, bringing it to a $21.2 million domestic haul, making it only the fourteenth limited release from 2017 to gross over $20 million domestically. The Post grossed $5.2 million, a 43% drop from last weekend, for a domestic gross of $67.1 million while 12 Strong dropped 46% to gross an additional $4.7 million for a domestic haul to date of $37.3 million.

The Top 12 movies this weekend grossed a total of $71.3 million, a weak sum even by Super Bowl weekend standards. Even Super Bowl Weekend 2011, when The Roommate won the weekend, fared better than this!
Posted by Douglas Laman (NerdInTheBasement) at 10:44 AM