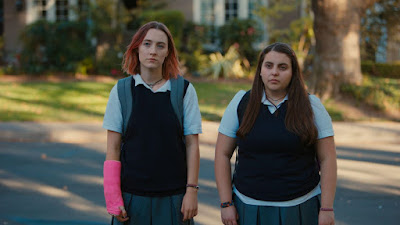 The first four Best Picture winners of the 21st century grossed over $150 million each. Those films in question were Gladiator, A Beautiful Mind, Chicago and The Lord of The Rings: The Return of The King. Meanwhile, of the last four Best Picture winners, only one (12 Years A Slave) has managed to crack the $50 million mark at the domestic box office and that one topped out at $56.6 million domestically. Looking at a broader picture, from 2000-2009, only three eventual Best Picture winners grossed under $100 million (those three were Crash, No Country For Old Men and The Hurt Locker for the record), while from 2010-2016, only two Best Picture Winners (The King's Speech and Argo) have managed to crack $100 million.

In only a small span of time, the amount of movies that go on to win Best Picture at the Academy Awards and also become box office juggernauts has shrunk considerably. That's quite a surprise given how, historically, Best Picture winners have made lots and lots of dough at the domestic box office. Between 1978 and 2008, only two Best Picture winners (The Deer Hunter and The Last Emperor) made under $50 million while five of the last eight Best Picture winners have failed to cross that threshold at the domestic box office. What exactly do these statistics mean? Are they a signal of the end times, of adult moviegoers abandoning movie theaters or perhaps the Best Picture Oscar losing its luster and appeal? I've seen some people posit that argument over the last few weeks but I honestly find that line of thinking to be a lot of nonsensical hooplah.

Actually, among other factors, these box office trends seem to indicate a number of unique trends in terms of what movies have won Best Picture in the past and the present. For many years, the majority of Best Picture winners were crowdpleaser drama fare with inspirational messages and carrying endings that, even when they involved a lead character dying, still had an uplifting note to send the audience out on. I don't think these factors inherently are a bad thing to have in a story, far from it, but those are things audiences looking for simply a few hours of escapism at the movie theater like (and those audiences make up the majority of people paying to see films at the movie theater), they don't want somber cinema with bleak themes.

Now, moving onto the present, keeping in mind that fact that it's crowdpleaser movies that generate the most revenue among Best Picture winners is why recent less universally appealing Best Picture choices like Birdman, 12 Years A Slave or Moonlight haven't created box office success akin to the oodles of cash generated by the likes of Gladiator and Forrest Gump in years past. Bleak unflinching looks at the live slaves endured is not the kind of escapist entertainment general moviegoers typically look for. The recent dwindling box office grosses for Best Picture winners feels less like an indication of people abandoning movie theaters in the modern day era and merely a reflection on how the Academy has been awarding their most prestigious prize to films that don't qualify as crowdpleaser projects.

Looking at this year's batch of Best Picture nominees, one can see a number of movies that aren't exactly easy sells to the general public as well as other factors hindering their box office grosses. Deadline was asking a few days ago why the "Oscar Audience Was Caught Napping", a way of questioning why people weren't seeing a number of this year's Best Picture nominees, and again, the reasons for many of these movies not being as big of box office titans as past Best Picture nominees comes down to many factors. For one thing, films like Lady Bird and The Shape of Water aren't exactly the kind of movies that typically make money with neither having premises that are easy to cram into a 15 second commercial or fitting comfortably into a single genre. Those very qualities make them amazing movies (another example of many of how box office figures are not synonymous with the quality of an individual film) but they do make them hard to market to the general populace which makes their current box office performances more than impressive. Hell, the fact that Lady Bird looks to end up making just over $50 million (about twice what Boyhood made three years ago) is outstanding. This is even more true for oddball fare like Phantom Thread, which, for some reason, I imagine Focus Features was never dreaming would end up as a mainstream hit.

There's also the fact that a lack of a consensus on a Best Picture frontrunner this year means it's harder for one movie to solidify itself as "The Movie" you had to see before the Academy Awards showed up like Argo, The King's Speech or Slumdog Millionaire in years past. There's a fervor of excitement over the uncertainty over which movie might get the Best Picture winner Oscar for those who pay close attention to the award season landscape, but for general moviegoers, that just means it's hard to discern which of the nine nominees they should make a top priority. And then there's the fact that how studios release these movies impacts the box office performance of individual Best Picture nominees. Fox Searchlight apparently had to rejigger its release plans for The Shape of Water at the last minute after thinking Three Billboards Outside Ebbing, Missouri would be their biggest award season contender while Sony Pictures Classics absolutely fumbled Call Me By Your Name in its theatrical release from top to bottom.

Trying to release movies so that they can live up to their maximum box office potential is a tricky business, most of all for studios specializing in arthouse fare who have to try to maneuver and recalibrate how they release movies on a week-to-week basis. The lack of big box office grosses isn't really due to movie theaters and the process of enjoying films in those spaces becoming passe but rather a number of complex factors related to which kind of films generally make big bucks at the box office and the complex release patterns studios implement to get these films out into the public. And here's a note of optimism for those who think Best Picture winners can no longer be box office juggernauts in the modern day world; if Get Out wins Best Picture at this year's Academy Award ceremony (and there's a good chance it will!), it'll be the fourth biggest Best Picture winner of all-time at the domestic box office.
Posted by Douglas Laman (NerdInTheBasement) at 9:52 AM