Beauty And The Beast Trailer Is Angling For Your Millennial Nostalgia 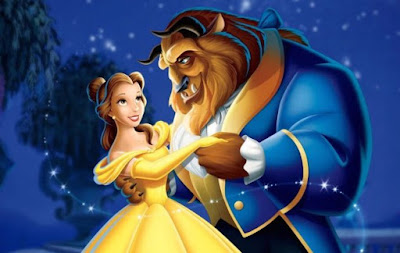 The next in Disney's long line of upcoming live-action adaptations of their animated movies (which somehow does not include a Home On The Range remake from director Peter Strickland) is Beauty And The Beast, which already had the most watched trailer of all-time this past summer and is now looking to translate the popularity of its trailer into box office success. That shouldn't be a problem at all (seriously, this thing's gonna be a box office...beast!), but will it actually be a good movie? Pete's Dragon and The Jungle Book suggest these live-action Disney remakes are on the upswing quality-wise but the likes of Maleficent and Alice In Wonderland still linger in one's mind. Well, there's a new trailer for Beauty & The Beast that looks to give prospective moviegoers a better glimpse as to what's to come.

Boy howdy, they really want to lean on your nostalgia, huh? There's so many bits meant to clearly recall the original that I'm getting an understandable apprehension that this things gonna have a hard time establishing its own identity. I love the original animated Jungle Book (its easily one of my favorite movies of all-time, period) but one things I loved about Jon Favreau's take on the material from earlier this year was his movies willingness to tackle new areas of Mowgli's character and explore new corners of depth in the already existing story. Hopefully the movie proper does just that because the trailer for Beauty & The Beast leans a bit too heavily on the past for my taste and that's coming from a hardcore Disney animation geek!

That being said, this is quite the beautiful production, all the costumes and sets look gorgeous and those last 30 seconds are surprisingly effective at being appropriately sweeping and soul-stirring. Hopefully there's more of that in the final film, because I see plenty of potential here mixed in with a worrisome reliance on the past. Two final observations here; the first is that this is yet another modern-day musical whose marketing is blatantly trying to hide that it is a musical. Odd move since everyone knows Beauty And The Beast has music cuz everyone loves the Beauty And The Beast music! The other observation I have is it looks like Emma Thompson is really channeling Angela Lansbury in her vocal performance isn't she?
Posted by Douglas Laman (NerdInTheBasement) at 8:47 AM