In Laman's Terms: What Non-Disney Movie Could Top The 2020 Box Office? 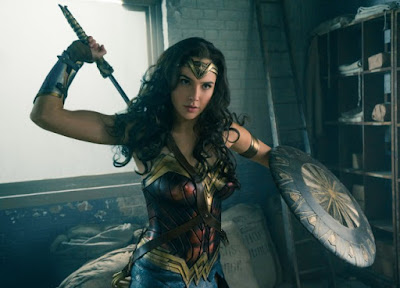 Ever since 2014, Disney's been able to top the yearly domestic box office with relative ease. Interestingly, this consistent winning streak has come about from two franchises, Star Wars and the Marvel Cinematic Universe. Just for the sake of clarity, here's the movies that have topped the box office the last five years:

Granted, that's not a guarantee (what is in this world?), but Walt Disney Pictures has an unexpectedly slim slate for 2020 (when you exempt 20th Century Fox and Fox Searchlight titles) consisting of only nine movies. For the first time since 2014, Disney won't be releasing either an Avengers or a Star Wars movie and for the first time since 2013, they won't have a tentpole being released at the end of December. Granted, they've still got two Marvel Studios titles, two PIXAR movies, a Walt Disney Animation Studios release and Mulan, so maybe one of those will be big enough to top the box office but since none of them are long-in-the-works sequels to beloved Disney classics, that could be tricky. Without their t

All of that is to say that this could be the first time since Warner Bros. American Sniper topped the 2014 domestic box office that a non-Disney studio could release the biggest movie of the year domestically. What could that title be? Well, I've compiled some potential motion pictures below that could go the distance, though it's worth noting that there's always the potential for a small-scale sleeper hit to run away with the crown. It doesn't always happen but nobody could have expected American Sniper to make more than the third Hunger Games movie domestically before it opened, so there could be a tiny 2020 feature lying in wait before it conquers the domestic box office.

No Time to Die
The newest James Bond movie actually has a lot of positive variables working in its favors. For one thing, the last two James Bond features, especially the $300+ million haul of Skyfall, took the franchise to new domestic box office heights. To boot, this new feature is being released in April, which has become home to plenty of massive blockbusters in recent years while the fact that this is the last Daniel Craig James Bond outing could give it a big box office boost like previous "final entries" like Logan and Avengers: Endgame received. It's going to have to make a notable leap over Skyfall's domestic box office to top the 2020 domestic box office but it's totally plausible. 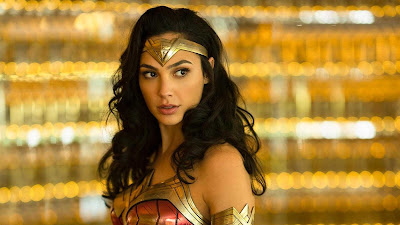 Wonder Woman 1984
The most likely candidate on this list, the original Wonder woman in 2017 opened to just over $100 million and proceeded to have some of the best weekend-to-weekend holds ever for a superhero movie that took her past the $400 million domestic mark. Unbelievable word-of-mouth was fueling the first Diane Prince adventure and that's the kind of buzz that ensures your sequel won't end up being the next Godzilla: King of the Monsters at the domestic box office. Even if it only matched the $411 domestic haul of its predecessor, Wonder Woman 1984 would likely be huge enough to top all other titles in 2020 domestically. 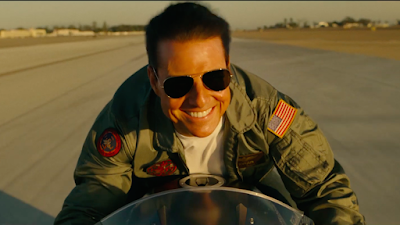 Top Gun: Maverick
A seemingly random pick for this list, but you gotta remember how popular Top Gun was in its initial release. Topping the yearly domestic box office in 1986 with an adjusted for inflation domestic haul of $434 million, Tom Cruise in jets that go zoom proved to be a recipe for box office success. Since then, Top Gun, unlike the Terminator or Men in Black movies, hasn't diluted the reputation of the original movie with numerous crummy sequels, which means Top Gun: Maverick could feel more like a Creed-esque welcome return rather than a cashgrab, a sentiment reflected in the positive response generated by the Top Gun: Maverick teaser trailer. Unfortunately, Tom Cruise's biggest movie ever domestically is the $234 million haul of War of the Worlds. It's hard to imagine any Cruise vehicle in 2020, even one aided by nostalgia, is gonna be able top that $234 million gross and unfortunately you'd have to go way above and beyond $234 million to top the 2020 domestic box office. Don't rule out Maverick entirely, but it's unlikely this one will get out of the Danger Zone and into the top spot at the 2020 domestic box office.
Minions: The Rise of Gru
Illumination actually saw their box office track record take a bump this past summer with The Secret Life of Pets 2, their first computer-animated title to gross under $200 million domestically. Was this a financial anomaly or a sign that the public is growing weary of Illumination sequels? We'll get a clearer picture with this Minions sequel, which will attempt to reverse the downward trajectory the Despicable Me saga has been on at the domestic box office. Doing box office similar to the first Minions could put this in contention for the top spot at the 2020 domestic box office, but hewing closer to Despicable Me 3 would easily put this one out of the running.
Tenet
Christopher Nolan is one of the few American filmmakers allowed to constantly make new big-budget original fare and his newest title is Tenet. This one is more of an action-packed tentpole akin to Inception, which means it'll likely have much bigger box office than the sci-fi drama Interstellar or the war thriller Dunkirk. A totally original title like this one doesn't need to break all box office records to be considered a success but it is interesting to consider how this one could really pop financially if it manages to resonate with the public. Inception grossed $291 million domestically in 2010 and with a decade of Nolan's profile growing ever larger and inflation to take in, Tenet has the potential to go even higher, perhaps even to the top of the 2020 domestic box office charts.
Dune
The last four Christmases have delivered a blockbuster that's cracked $330+ million domestically, so any tentpole title being released in that time in 2020 must be considered for this list. In 2020, the holiday season will be greeted by Denis Villeneuve's take on the sci-fi saga Dune, a massively-budgeted title with an all-star cast. The source material is more than a bit on the niche side but then, you could have said that about the source material for Christmas 2018 blockbuster Aquaman. Releasing this one over the extended end-of-the-year holiday frame is a brilliant move since it'll allow this movie a chance to build up momentum and potential word-of-mouth, though marketing is really gonna make a world of difference on this one. If Warner Bros./Legendary can put together promotional materials that entice general audiences in addition to Dune fanatics, then easily the biggest VFX-tentpole being released over the 2020 Holiday Season could have a chance at the ultimate 2020 domestic box office achievement.
Posted by Douglas Laman (NerdInTheBasement) at 9:43 AM