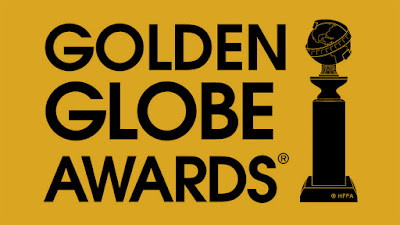 First of all, before we get into the nominees for this year's Golden Globe ceremony...why must Ricky Gervais host this again? I know his devil-may-care attitude seems like a perfect fit for the loosey-goosey style of the Golden Globes, but his hosting stints have proven to be more awkwardly unfunny in years past than uproarious comedic experiences. Plus, why are we having a guy whose comedy is so tired that he resorts to transphobic humor hosting a major award ceremony? There are so many better options to choose from! Rachel Bloom! John Mulaney! Tiffany Haddish! Oooo! We could go full chaos and have Eric Andre and Hannibal Buress host! Let's do that instead of having Ricky Gervais host the Golden Globes once again.


Moving onto the actual nominees, it was a great morning for Netflix. They managed to get four movies into the ten possible Best Picture slots while no other movie studio got more than one title up there across the two Best Picture categories. Sure, they likely would have liked to see Atlantics for Best Foreign Language title and either Klaus or I Lost My Body up for Best Animated Feature, but otherwise the 77th Golden Globe nominations continued Netflix's domination of the 2019 award season.

The most surprising nomination today, easily, has got to be Cate Blanchett in Where'd You Go, Bernadette? for Best Actress in Musical/Comedy. Remember that movie? Well, it did come out this year and it managed to score a relatively high-profile Golden Globe nod!  Similarly surprising was a Best Original Score nod for Motherless Brooklyn, another 2019 title that totally did exist while it was interesting to see Cats score only a single nomination for Best Original Song. Musicals can work like gangbusters at the Golden Globes, but these song n'dance felines didn't manage to be the cat's meow for the 70 voters that decide on the Golden Globes. Oh, and seeing The Lion King get nominated for Best Animated Feature had me in hysterics.

Handily the biggest disappointment of this year's Golden Globes, though, is how it continued the lack of recognition for women-directed movies at major award ceremonies. Not a single one of the ten movies nominated across the two Best Picture categories were directed by a woman and no women were to be found in the Best Director category. Can you imagine trying to pass yourself off as an authority on the best cinema in 2019 and not recognizing any of the countless pieces of excellent 2019 cinema directed by women? Even for the Golden Globes, a ceremony that gave The Tourist a Best Picture nod, that's low.

While there were still some exciting nominations to be found here, chiefly in the swath of nods for Knives Out (Ana de Armas got a Best Actress nod!) and Bong Joon-Ho getting a Best Director nod for Parasite, However, the lack of recognition for any women-directed films casts a shadow over this coming year's Golden Globes. What will it take for the voters of these ceremonies to expose themselves to a broader range of cinema and recognize filmmakers that aren't just white dudes? Hopefully the male-centric nominations for the 77th Golden Globes can be looked at as a sign that drastic improvement is needed in who gets recognized at these types of award ceremonies. There's no reaason why, in 2019, the Golden Globes should be shutting out women-directed movies entirely from their Best Picture categories, absolutely no reason..
Posted by Douglas Laman (NerdInTheBasement) at 8:14 AM