Hannah Gadsby: Nanette Is A Crucial Piece of Deconstructive Cinema 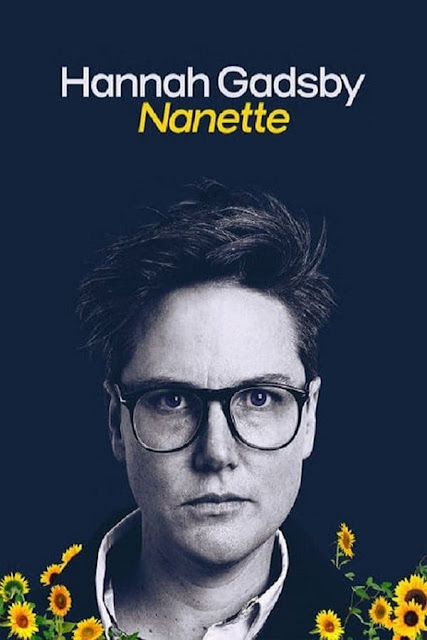 Hannah Gadsby: Nanette starts out like so many of the seemingly millions of other Netflix stand-up comedy specials out there as a brief filmed segment gives way to a comedian heading out on stage and dishing out jokes to a large crowd. The comedian, in this case, is Hannah Gadsby, a woman hailing from Australia, Tasmania specifically, who begins to offer up her comedic observations on her life, including the inspiration for the title of this special hailing from the name of a woman Gadsby was briefly romantically interested in. Then, maybe about halfway through, Nanette mentions she's considering leaving the whole business of comedy, specifically the art of self-deprecating comedy that she had previously been well-known for.


Though she humorously mentions that, as someone who got a degree in Art History, her job prospects aren't great, she feels she needs to leave this domain of entertainment because of how her comedy has negatively impacted her. From there, Hannah Gadsby: Nanette totally deviates itself heavily from the standard nature of a stand-up comedy special as Gadsby begins to talk to the audience about her experiences with her mother, how damaging the two-part structure of typical jokes can be and her perspective on how the widespread tolerance of toxic behavior from male figure like Pablo Picasso diminish the humanity of the most vulnerable and disenfranchised members of society.

Watching this tremendously impactful special made it clear that Hannah Gadsby is a one-of-a-kind person, but if there's anyone she reminded me of, it's Craig Ferguson. Like Ferguson, Gadsby's comedy about her life has a conversational quality to it that feels so inviting to the viewer, you feel like you're watching a friend talk about their day rather watching the off-putting artificial nature of so many other stand-up comics. And just like Ferguson, Gadsby knows how to use her talent for engaging relatability to organically pivot over into more serious discussions and talk about personal experiences in a captivating way. Both of them show that the various qualities they use to create compelling comedy can be shifted over and utilized for more serious matters.

Gadsby also takes on writing duties here and the way she brings various stories about her life or tales about past & present events from the real world is thoroughly impressive. Just as Gadbsy finds success in how she delivers thoughtful stories in her on-stage performance, so too does she find success as a writer here delivering perspectives that feel like they could only come from her. Many have penned extended thoughts on the way famous male artists get their toxic behavior ignored, but few, if any, have filtered those thoughts through the prism of the behavior of Pablo Picasso. Her use of art history to frame her grievances with society at large is also brilliantly realized in how she uses Vincent Van Gogh's use of medication to refute the idea of artists needing to suffer mentally to be truly great artists. That's such a unique and clever way of framing these large-scale problems that help to drive her various points home in a brilliant manner.

But perhaps the most transfixing part of Hannah Gadsby: Nanette comes from Gadsby relaying stories of her own personal life that she feels have been diminished in the way she's presented them in her comedy routines. Her relationship with her mother, for instance, gets extensively highlight, including the emotional gut-punch of a moment where Gadsby relays her Mom expressing regret for having raised her daughter as a straight person. And there's the horrifying tale of Gadsby getting brutally beaten at a bus station because of her sexual orientation and her appearance. All these parts of Gadsby's life, among many others, that have been fodder for jokes in her prior stand-up comedy specials are now relayed here in an unflinching manner that finally allows her perspective to be fully heard and understood.

Gadsby is taking the format that has taken away meaning and worth from her experiences and deconstructing the stand-up comedy format to restore said meaning and worth. Like Jennifer Fox's The Tale from earlier this year, Hannah Gadsby: Nanette is all about its lead subjects anguish as a way to normalize tragically widespread experiences that American society (as well as societies in general) tends to ignore or outright erase. Brought to masterful life by both Hannah Gadsby and directors Jon Olb and Madeleine Parry, Hannah Gadsby: Nanette manages to accomplish so much in such a short running time as, among other achievements, it challenges both the conventions of traditional stand-up specials and the perspectives of white male viewers who desperately need to watch and hear what Gadsby has to say. A mind & perspective as thoughtful as Hannah Gadsby's is rare and deserves a showcase as incredible as Hannah Gadsby: Nanette.
Posted by Douglas Laman (NerdInTheBasement) at 11:50 AM