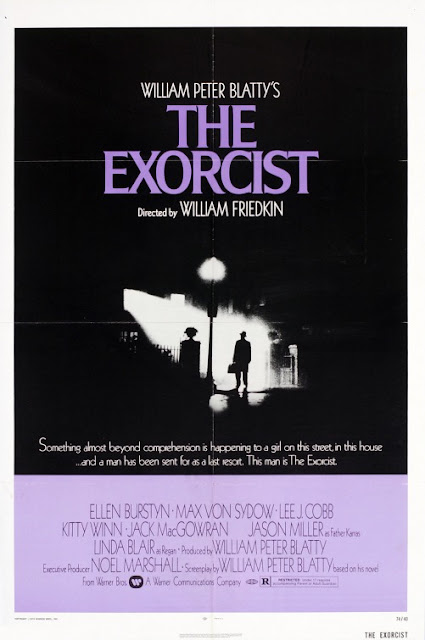 In the last two years, horror films like Get Out, A Quiet Place and especially It have begun to receive the kind of gargantuan box office usually reserved, in the modern era, for massively expensive action blockbusters. It's an impressive achievement but it's far from the first time horror films have managed to secure towering levels of box office glory. In fact, back in 1973, The Exorcist experienced a domestic box office gross that stands at an outstanding $943.3 million when adjusted for inflation and has amassed well over $1 billion in 2018 dollars when factoring in two separate theatrical re-releases. The ninth biggest film of all-time at the domestic box office when adjusted for inflation petrified audiences all around the world back in the day and established exorcisms as a go-to source for scares in horror movies for decades to come.


Though, like so many classic horror films from the 70's and 80's, it's been followed up by a string of widely derided sequels (though The Exorcist II has developed a cult following due to its infamous bizarre nature), The Exorcist is still considered a top-shelf piece of American cinema horror in the modern era and why wouldn't it? Watching it for the first time, not only did I find it to be a frightening movie but it also shows a level of mastery in unspooling this eerie atmosphere that makes even the quietest scenes haunting that could be found in the best iconic horror movies of this era like Alien, Halloween or my personal favorite, The Texas Chainsaw Massacre.

Though it shares that particular trait with many other horror films from the era in which it was released, the movie The Exorcist tended to remind me of the most was the best horror movie of 2018 (so far!), Hereditary. Like Hereditary, The Exorcist is a slow-burn exercise that gets much of its scares from a gradually escalating sense of terror, a tendency established in an eerie opening scene showing Max von Sydow being a Catholic priest version of Indiana Jones in Iraq in the 1950's that makes it clear, in a measured manner, to both his character and the viewer that something spiritually nefarious is afoot in the air. After this, we meet our main character, Chris MacNeil (Ellen Burstyn), whose conventional and peaceful home life is the centerpiece of many of the early scenes of The Exorcist.

Dedicating prolonged sequences to showing Chris and her children, which include young daughter Regan (Linda Blair), carrying out such a harmonious normal life means the impact the inevitable possession of Regan by a Satanic spirit has on Chris and her family is felt like a sledgehammer to the head. Before it's revealed Regan is possessed though, Chris simply believes her child is suffering some sort of psychotic breakdown and The Exorcist doesn't challenge this belief held by Regan's mom and the doctors inspecting her. Also like Hereditary, The Exorcist works at being terrifying even before supernatural forces enter the proceedings, with much of the movie serving as a chilling but realistic depiction of a mother coping with her daughter enduring an unexplainable psychological episode.

Ellen Burstyn's fully committed performance depicting the unyielding determination of Chris to help Regan is especially key in making The Exorcist work as a grounded drama about a mother and her tormented child. This excellent performance from Burstyn is accompanied by a solid turn from Jason Miller as one of two priests hired to help Regan once it's understood that she's suffering from a demonic possession. Miller's character of Damian Karras established the archetype of a former religious devotee who must confront his theological struggles in the midst of an exorcism that so many other possession movies would take a page (or even the entire book!) from The Exorcist in the years to come, but Miller's performance and the script lend this iteration of the archetype some compelling grief by digging into the tragedy that informs why Karras has struggled to maintain his faith.

The well-rounded character is like the Bizarro version of Kevin Sorbo's Atheist professor in God's Not Dead in that it's an actually thoughtful take on a person who has a complex relationship with faith. Again, like Hereditary or any number of great horror movies for that matter, the characters like Damian Karras or Chris MacNeil are as important to The Exorcist as the scares and that ends up just strengthening its most terrifying moments, of which there are plenty. Regan, in her possessed form, has an unpredictable nature that's unnerving and reinforced by transitions between scenes or individual shots that are intentionally abrupt. Just as you never know what Regan might do next, The Exorcist carries editing that has a transitional uneasiness to it that ensures the viewer will never know when a scene might end or what might pop on-screen next. With such thoughtful approaches to generating scares, it's no wonder The Exorcist has maintained its status as a special piece of horror cinema after more than four decades of existence.
Posted by Douglas Laman (NerdInTheBasement) at 12:44 PM