Mulan is another empty rehash of an animated Disney classic 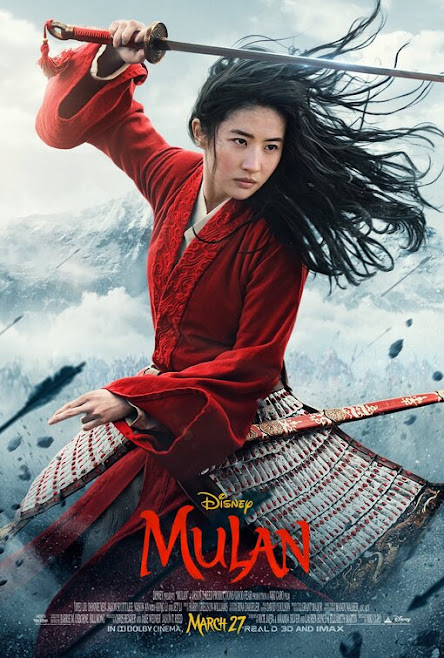 Here's Mulan, which isn't really a movie. It's the next in a conveyor belt of taking vibrant animated Disney movies and turning them into realistic live-action films. As seen with The Lion King, Aladdin, and so many others, the broadly drawn characters you love are gone, the songs you know have vanished. And yet, these aren't original stories masquerading under a family brand-name. These live-action Disney remakes are still so bound to the original stories that they're never brave enough to go anywhere new thematically. In fact, in some cases, they tend to take steps backward in terms of thoughtful storytelling, like Beauty and the Beast giving a magical reason why the villagers are so mean to the Beast. People aren't really prejudiced, it's all just a magical spell.

So too does Mulan follow this hat trick. Even if there wasn't an old animated Disney movie to compare it to,, the film would still unsatisfactory. The fact that it keeps reminding you of a superior version of this story only makes it all the more of a slog to watch.

For those unfamiliar, Mulan concerns Fa Mulan (Liu Yifei), a young woman with a bold spirit and an enormous amount of Chi which makes her a great fighter (because that's totally how Chi is supposed to work). Her family, including father Hua Zhou (Tzi Ma), insists that Mulan start acting like a proper lady and get engaged to a boy. But Mulan's always been a rule-breaker and that gets taken to the next level when her father is recruited into war to fight against an army led by Bori Khan (Jason Scott Lee) and a witch ally named Xianniang (Gong Li). Mulan takes her father's place in the army by disguising herself as a man, in the process setting off an adventure that will allow her to find what really makes her a warrior.

Mulan's screenplay, credited to Rick Jaffa & Amanda Silver and Lauren Hynek & Elizabeth Martin, makes a smart move early on by distinctly throwing out certain elements from the original animated Mulan like the musical numbers and the comic relief sidekick of Mushu. This would seem to bode well for Mulan, since the best of these live-action Disney remakes, such as Pete's Dragon or Christopher Robin, tend to just play as their own standalone stories rather than rigid recreations of the past. However, neither the writers nor director Niki Caro have found a way to substitute any of those missing ingredients with something meaningful.

This is especially true regarding how the 2020 Mulan has taken out scenes that actually built up connections between Mulan and her fellow soldiers, like the trio named Ling, Yao and Po). Through the I'll Make a Man Out of You montage, for instance, we saw everyone grow closer through training. This new Mulan has failed to come up with its own ways for these characters to similarly bond. As a result, none of the characters really leave an impression on each other or on the audience. This becomes especially noticeable given that there are even more soldiers for Mulan to interact with this time around, including a pair of new characters who basically represent the original movie Colonel Shang. Though the live-action Mulan has more physical beings on-screen compared to its animated counterpart, it has fewer characters for viewers to grow attached to.

The writing problems with Mulan extend beyond the strangely underdeveloped characters. Most egregiously, Mulan becoming someone who wants to fight to defend the patriarchy that previously held her down is an utterly baffling decision. This new Mulan exhibits as much girl power as Margaret Thatcher. Giving Mulan superpowers that explain her strength is also totally groan-worthy. Forget "anyone can wear the mask", Mulan is merely an ode to people who are destined to be powerful and who only protect the powerful. Hey, at least that fits the lead actress's comments regarding police brutality...

Mulan at least looks gorgeous, which is an improvement over the dour color palettes of The Lion King and Dumbo. Bright colors populate every set and the costumes are appropriately extravagant. In the pre-pandemic times, the production design would certainly get called worthy of seeing on an IMAX screen. Unfortunately, the decision has been made to filter all those pretty colors and environments through choppy editing that proves especially bad during action sequences. Caro can't keep things still for a moment to let us absorb Mulan's prowess in battle unless it's time for some Zack Snyder-esque slow-motion action shots. Mulan's massive budget is certainly reflected in its production values but good luck appreciating any of it tanks to the underwhelming editing and camerawork.

Mulan is a constantly frustrating affair on so many levels that raises troubling questions rather than instills thrills. For one thing, how come movies with no budget have such crisp editing yet something like Mulan, which carries the GDP of a small country, has amateurish editing that would get laughed out of any filmmaking class? How come so many of our modern big-screen heroes are about protecting the status quo and the powerful rather than challenging those qualities? How come one of the most powerful monopolies, er, movie studios is so fixated on these sterile rehashes of their animated titles? This trend of live-action remakes of animated Disney movies isn't going away anytime soon (live-action Bambi, coming soon!) Let's hope future installments in this trend are more satisfying than Mulan or at least don't bring dishonor on you or your cow.