In Laman's Terms: How Fred Claus failed to recapture the magic of Elf 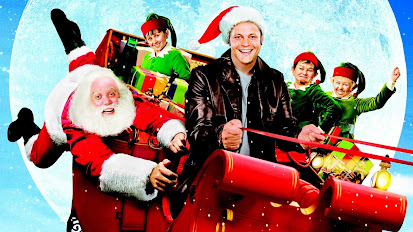 Success breeds imitators in Hollywood. Sometimes, these imitators are more obvious than others. So it was with the 2003 Will Ferrell vehicle Elf. Four years after that movie became a roaring success came another movie that attempted to merge Yuletide cheer with a well-known comedian, Fred Claus. This film concerned Santa's (Paul Giamatti) brother Fred (Vaughn), a regular human who comes to the North Pole to ask his brother for desperately-needed cash so that he can build a casino. In the supporting cast are Rachel Weisz (yes, really), John Michael Higgins, Elizabeth Banks, Kathy Bates, and a villain played by real-life villain Kevin Spacey.

Whereas Elf' became a beloved Christmas staple, audiences greeted Fred Claus with a shrug and it's subsequently found itself at the bottom rung of Christmastime cable reruns.  As someone who followed the year-long marketing campaign of Fred Claus and was then disappointed with the resulting movie, I've always been fascinated by Fred Claus. Here was a movie clearly trying to mimic the Elf formula but failed to do either that or come up with its own brand of success. What happened here? How come Fred Claus couldn't break through in the realm of Christmas movies, a domain where anything, no matter how crummy, can earn "classic" status simply by getting replayed annually?

Well, there were a few qualities to blame. For starters... 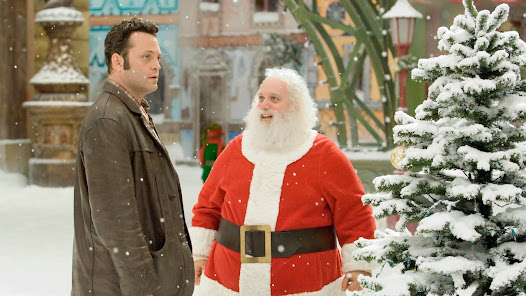 In a new Christmas edition of the Netflix show The Movies That Made Us, there's an episode dedicated to Elf. According to anecdotes in this episode, that film was Ferrell's first time headlining his own movie and studio executives were nervous about him carrying an entire motion picture. However, other interview subjects point out that Buddy played to Ferrell's strengths on Saturday Night Live. Whether he was prospector, an enthusiastic cowbell player, or a cheerleader, Ferrell worked well playing oblivious but enthusiastic oversized characters. Buddy the Elf was a perfect extension of this. To boot, the character was also perfect for a Christmastime family film. Buddy could wring yuks out of his unfamiliarity with New York City without a hitch. But Ferrell's total lack of cynicism in his performance meant emotional moments with Buddy could work equally well.

By contrast, Vince Vaughn's style of humor is akin to the grin a cat gives after being caught with a canary in its mouth. His comedy hinges heavily on rambling and saying inappropriate things with swagger. It's not my type of humor but successful movies like Wedding Crashers make it apparent that it can be widely-appealing in certain circumstances. Unfortunately, Vaughn's humor and screen persona just doesn't work in Fred Claus for a multitude of reasons.

For one thing, there's no reliability to his mean-spirited personality, which is key for Christmastime anitheroes. We've all felt like the Grinch sometimes, overwhelmed with the noise and chaos of Christmas. How many of us, though, are like Fred and want extra money so that we can build a casino? For another, Fred Claus is a movie dripping with sentimentality and Vaughn cannot sell it. At all. A scene where he realizes his cynical nature has rubbed off on an orphaned kid nicknamed Slam (Bobb'e J. Thompson) is supposed to be a critical moment for Fred as he realizes that his worldview can be downright toxic. Instead, Vaughn always looks like he's seconds away from cracking a self-deprecating joke.

This problem becomes fatal once the third act of Fred Claus arrives and the movie decides it's time to be a drama rather than a comedy. Vaughn's as woefully out of his depth here as director David Dobkin. Speaking of all that sentimentality... 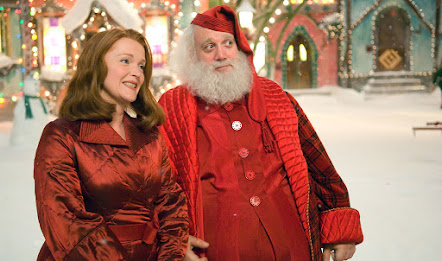 One of the most puzzling decisions in Dan Fogelman's script for Fred Claus is the idea to put comedy almost entirely on the backburner for the final 30-40 minutes. Santa gets a back injury, Christmas gets threatened and Fred eventually returns to the North Pole and helps make sure every kid on Earth gets a simple toy, like a baseball. There's also an agonizingly overlong and joke-free scene where villain Clyde Northcutt (Kevin Spacey) is revealed to have had a long-term grudge with Santa over not getting a Superman cape as a kid. Now, Santa urges Northcutt to be a real superhero and save Christmas. This was already a poorly-designed scene even before all allegations against Spacey came out.

Like so many other people in Fred Claus, Northcutt is yet another unlikeable character who we haven't been given a reason to care about. Dobkin seems to believe that ramping up treacly music and having characters speak in whispers will automatically make everything touching. He's wrong. Equally misguided is a climactic scene where all the Elves rush in to watch kids open their presents while a somber choir sings Silent Night on the soundtrack. Compare this ending to the ending of Elf, where we see al; the characters we've met throughout the movie gradually begin to join in on a rendition of Santa Claus is Comin' to Town.

This scene actually means something because we've met all these people who're singing. There's something unexpectedly poignant in seeing everybody from a Gimble's manager to a whole biker bar to two crank security guards joining in on the festive fun. By contrast, Fred Claus tries so hard to get viewers to tear up, but since it all involves characters we don't care about, it all falls flatter than uncooked Christmas cookies.

Who Is This Movie For? 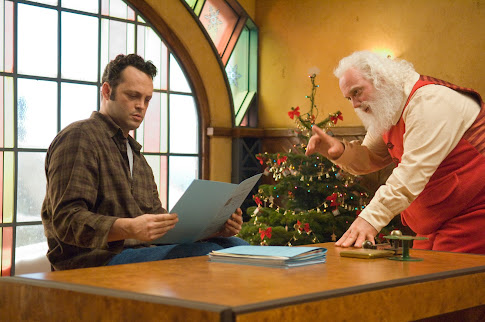 Fred Claus is a movie that begins with elf ninjas and slapstick antics accompanied by cartoony sound effects. It ends with that aforementioned Silent Night montage. It's a tonally disjointed mess and the absolute worst kind of tonally disjointed mess too. The tonal inconsistencies aren't here because of creative ambition. Fred Claus wants to mimic other movies so desperately that it never figured out who exactly it's made for.

Are kids really going to be invested in Fred and his casino schemes? Ditto for the plight of elf Willie (John Michael Higgins), whose only desire is to make out with a lady elf played by Elizabeth Banks? Additionally, will adults get invested in any of this thinly-written material that reads like what a ten-year-old think "grown-up" problems must be? Even the few jokes for adults (like intoxicated elves walking away from a North Pole tavern) aren't funny enough to tickle the funny bones of grown-up viewers. Heck, even Paul Giamatti die-hards like yours truly won't walk away satisfied given that Giamatti doesn't get nearly enough to do in his inspired casting as Santa Claus.

In the end, Fred Claus is a movie for nobody except studio executives wanting to replicate the Elf magic. Thirteen years after its release, it serves as a strange relic that inspires reminiscing more than anything else. Remember when Wedding Crashers (Vaughn and Dobkin's big collaboration prior to Fred Claus) was the biggest thing in the Hollywood comedy scene? Remember when Vince Vaughn was headlining studio comedies annually? Remember when Weisz was stuck playing just girlfriends in Hollywood movies? One question Fred Claus doesn't inspire, though, is "Who wants to watch Fred Claus?", because we all know the answer is "nobody".

Posted by Douglas Laman (NerdInTheBasement) at 10:33 AM