Wacky Humor Helps To Make Emma. Stand Out Among Its Period Piece Brethren 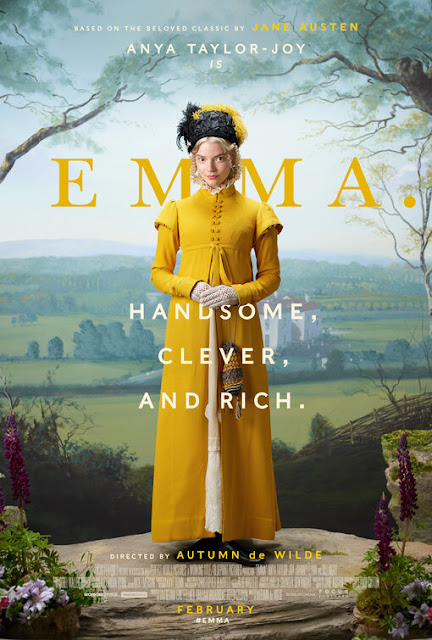 The general perception of period piece movies, particularly those taking place in lavish European locales, is that their exceedingly stuffy affairs told through slowly-paced storytelling and characters going "quite" while sipping tea and adjusting their monocles. There are plenty of examples of these kinds of movies, of course, but such a perception feels inaccurate considering how many examples there are of period pieces that actually run in a far more entertaining counter direction. Amadeus, for instance, is rife with vibrant humanity and even the occasional fart joke while the Queen of anti-monotonous period piece movies has gotta be The Favourite. How could anyone conceive of that movie being humdrum when its plot makes use of zany elements like duck-racing and Wacky Lesbian Shenanigans.


Emma. is nowhere near as good as The Favourite but this film adaptation of the 1815 Jane Austen novel of the same name is another example of how lively these period piece motion pictures can be. The titular lead character of Emma. is Emma Woodhouse (Anya Taylor-Joy), the daughter of wealthy  Mr. Woodhouse (Bill Nighy). As the opening text makes clear, Emma has spent her first twenty-one years of existence without having to deal with any sort of particularly pressing troubles. This lack of intense personal conflict means Woodhouse has plenty of time with her primary hobby. Said hobby consists of fiddling around with the personal relationships of the people around her, including best friend Harriet Smith (Mia Goth).

After all, Emma is convinced she knows what's best for anyone who crosses her path, why shouldn't she meddle into other people's romances and make them right? Screenwriter Eleanor Catton tells this story through plenty of eccentric comedy, an element of Emma. made clear early on when Bill Nighy enters the movie by leaping off the bottom of a staircase on a slightly tilted angle. A tendency to embrace quietly outlandish humor proves to be one of the best parts of Emma., especially since sometimes this type of humor emerges in an amusing manner reminiscent of the sight gags you'd normally only find in a top-shelf animated TV show.

A recurring joke where Mr. Woodhouse surrounds himself with a bunch of folding screens to protect himself from a draft feels like the kind of joke you could find in the best episode of SpongeBob SquarePants or BoJack Horseman. Similarly, enjoyable cartoony touches appear throughout the supporting performances that serve as an amusing contrast to the carefully-composed protagonist. This is especially true of Josh O'Connor's hysterical supporting turn as preacher Mr. Elton. O'Connor is constantly composing himself, particularly in regards to the placement of his hands, in such a humorously shifty manner even when he's in the background of the frame. O'Connor creates such an outsized creation perfect for comedy that also doesn't manage to get so big that it's grating.

Part of why O'Connor's performance and the other kooky aspects of Emma. manage to avoid becoming annoyingly over-the-top is due to the work of director Autumn de Wilde. Making her directorial debut with Emma., she turns out to be a prime choice to execute the barrage of visual-based and heightened comedy. With years of experience as an acclaimed photographer under her belt, de Wilde knows just how to properly frame a comical sight gag for maximum humor. Meanwhile, her visual approach to the world of Emma. is heavy on bright colors that leads to an utterly stunning parade of eye candy. In the world of Emma., even the wheels on a wagon are laced with a pleasing hue of bright blue, so you can only imagine what kind of gorgeous colors are utilized in the fancy attire worn by the titular protagonist and her companions.

Said protagonist is brought to life by Anya Taylor-Joy, a performer who continues to show an impressive level of versatility in her nascent career. She effortlessly sheds her turns in Thoroughbreds and The VVitch to create her idiosyncratic turn as Emma, a character brimming with self-assured confidence captured in Taylor-Joy's excellent line deliveries and the tiniest pieces of her body language. It's a lead performance that's highly entertaining and is one of many notable turns found throughout the cast of Emma, a movie that's, admittedly, more of a wacky & visually pleasing diversion than something more lastingly impressive. However, Emma. is still a hoot-and-a-half as well as another reminder that period pieces aren't just stuffy productions devoid of energy & humanity.
Posted by Douglas Laman (NerdInTheBasement) at 8:00 AM