Check Out A Horde Of New Trailers That Sail The Ocean Blue, Fight For Gun Control And Iron Out Some Kinks 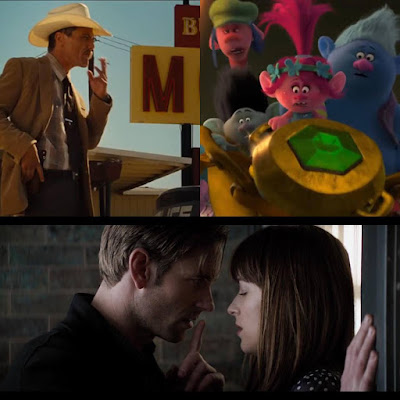 First off, I wanna apologize real quickly for the slower crawl of content coming out of yours truly lately. The past two months have been a whirlwind of activity for me, particularly in the last month when my new semester of college started and has ensured that I've been quite busy with plenty of academic activity. In addition, there's been plenty of personal stuff going on for me, most notably a new exercise regime (this NerdInTheBasement is getting cut!), keeping me from doing as much writing as I'd like to. I don't see an end in sight in terms of my personal business for now, so I just ask for your patience for now. :)

Now, it's been awhile since I did a news post about some new movie trailers, so how about we check in on the multitude of trailers the various Hollywood studios have unleashed this past week?
Moana
The newest film from Walt Disney Animation Studios (who've been on kind of a roll lately in case you've been asleep since October 2009) is called Moana and the trailer makes a pretty good case that this could be another winner from directors Ron Clements & John Musker (who previously directed little-known movies like The Little Mermaid and Aladdin), especially since Taika Waititi is one of the screenwriters of the project and that guys also been on a roll as of late. Good God, the animation in this trailer is beautiful, isn't it?

The days of believable water being out of the grasp of CG animators seems to be a thing of the past, while Dwayne Johnson has some super funny bits in his voice acting in the trailer. Let me put it this way; this a Disney musical starring Dwayne Johnson from the directors of The Little Mermaid, Aladdin, Hercules, Treasure Planet and The Princess And The Frog, written by Taika Waititi and it's got musical numbers from Lin-Manuel Miranda. If that doesn't at least slightly pique your interest, I'm worried about you.

https://www.youtube.com/watch?v=juFmTNbFh8g
Nocturnal Animals
I've been jacked for this movie for a while now, mainly because, holy hell, that cast! But now that I've seen Tom Ford's directorial debut, the 2009 masterpiece A Single Man, I'm through the roof with anticipation for this project. This trailer makes the two-month long wait for this particular movie seem all the more elongated, especially since there's so much pretty cinematography and intensity floating around in this two-minute long trailer that's got some sublime editing. I'll conclude this giddy report on this excellent trailer by noting how Michael Shannon in a cowboy hat is something I never knew I needed in my life until this very minute.

https://www.youtube.com/watch?v=VNZEtLfShMQ
Bastards
I really don't have anything to say on this one. Like, it doesn't look *bad*, it just looks super generic, like the kind of movie you'd pass by on TBS on a breezy Sunday afternoon while you're flicking through channel waiting for a certain rerun of The Simpsons to come on on FXX. Cool to see Glenn Close in stuff though, ditto for J.K. Simmons and Ving Rhames.  This trailer also made me realize that all of the talent Owen Wilson showed off in one of 2011's best movies, Midnight In Paris, has not been properly utilized in the past six years.
Trolls
We've all heard that Can't Stop The Feeling!!! song at this point and Trolls is basically just leaning into the personality of Justin Timberlake at this point by centering a lot of this trailer on live-action behind-the-scenes footage of Timberlake and Anna Kendrick working on the film. There's also an extended scene seen here that I'm classifying as a spoiler until I'm told otherwise. Also, whose the genius at DreamWorks who thought it'd be a great idea to open this one the same day as Doctor Strange? You release animated movies against live-action films that are either too scary for younger kids to watch (like World War Z opening against Monsters University) or R-rated fare, not a Marvel movie that plenty of youngsters are gonna wanna watch. That's a bold release date move there cotton, let's see how it plays out.

https://www.youtube.com/watch?v=AMUkfmUu44k
Miss Sloane
This is actually a pretty impressively made trailer, made all the more unexpected by the fact that EuropaCorp's self-distributing American division (which is handling this film domestically) hasn't had a lot of experience in the realm of film marketing in general (they've released marketing materials for only three films prior to Miss Sloane), let alone creating impressive trailers like this one. Simplicity is the name of the game here, letting Jessica Chastain talk to the viewer as the imposing tone mounts in the background. Plenty of information about the plot is withheld from the viewer for now, but we get a pretty clear picture that the titular character is not one to be messed with. Consider this film firmly placed on my radar.

https://www.youtube.com/watch?v=S2DwrJ9S3f4 The Bye Bye Man
After being shifted around the calendar more often than a doctors appointment with a particularly unpleasant medical professional (it was originally set for October 14, 2016, then June 3, 2016 and then December 9, 2016), The Bye Bye Man is now set for January 13, 2017. We shall find out then if the wait was worth it, but things aren't looking promising if this trailer is any indication. The Bye Bye Man's powers (which were slightly better explained in a previous trailer) are convoluted and unclear here while the characters look like a hodgepodge of horror movie archetypes. Can the final film be better than this dismal trailer? Hopefully, though I'm admittedly hard-pressed to come up with ways that bit with the oncoming train will ever be remotely menacing.

https://www.youtube.com/watch?v=n6BVyk7hty8 Fifty Shades Darker
The first trailer for the new installment in the Fifty Shades Of Grey saga became the most-watched trailer of all-time this week, surpassing Star Wars: The Force Awakens for such an honor. That's basically the most interesting thing to say about this trailer, which is otherwise pretty rote and looks all-too-similar to the first one. Now, I didn't see the first movie (for some reason, I have a hunch I'm not missing that much) so maybe some familiarity with the narrative of that first movie makes this trailer for Fifty Shades Darker look as tantalizing as a butt plug looks to Mr. Grey himself, but put me in the "meh" column on this trailer.
Posted by Douglas Laman (NerdInTheBasement) at 1:13 PM