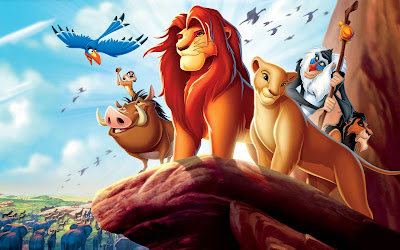 I saw Jon Favreau post an image of Simba on Pride Rock on Instagram with the caption "Super excited for my next project" about half an hour ago and, honest to God, I thought it was a joke. It left my mind real quickly until, a few minutes later, I saw people discussing it on Facebook. The validity of it was unknown to us until someone pointed out a press release Disney oddly released at Midnight last night (normally such announcements are made during the day when entertainment news outlets can cover them) that confirmed it; Disney is doing a remake of The Lion King.

The press release, interestingly, never specifically says that Jon Favreau is directing this new Lion King movie, only that they're "joining forces" and that they're also "putting a new reimagination of The Lion King on the fast track to production". Does that mean Favreau will only produce this project? Maybe, though he did explicitly refer to The Lion King as his "next project" on his various social media accounts. He's also been developing a sequel to The Jungle Book (which made a small chunk of change at the worldwide box office earlier this year), so maybe he'll direct that instead.

Still, Jon Favreau is going to be a major guiding hand on a new take on The Lion King and anyone whose surprised by this news I will assume have been in cryo-sleep since 2009, a year before Alice In Wonderland turned the whole "remake-classic-Disney-cartoons-into-live-action-films" deal into a license to print money. They've been making money hand over fist with these productions for six years now and next year's Beauty & The Beast will almost certainly continue such a trend considering it already has the most-watched teaser trailer in history.

With a bevy of like-minded projects in development (in addition to Maleficent and Beauty And The Beast follow-ups, there's also live-action takes on Mulan, Dumbo, Aladdin, Peter Pan, Cruella DeVille and Winnie The Pooh on the way), why wouldn't they tackle The Lion King? Hell, when they re-released it in 3D in theaters five years ago it managed to became a major sleeper hit and grossed $94 million domestically. Imagine what a remake with new A-list actors and a marketing campaign that plucks every viewers nostalgia bone could do. Hopefully, when it comes to its actual quality, the film is more along the lines of Pete's Dragon rather than Maleficent. Considering this new take of The Lion King is on the fast track, expect more news on it soon.
Posted by Douglas Laman (NerdInTheBasement) at 9:21 AM