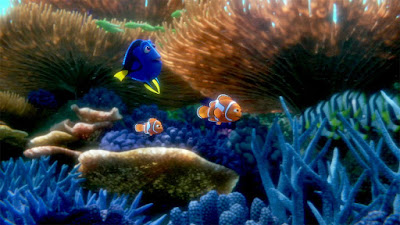 Now that Summer 2016 has come to a close, I say it's time to look at how the various movies that debuted this summer fared at the box office. I'll be looking at such a pressing matter in a two part series, with the first part being dedicated to examining how my predictions for what would be the top ten movies of the summer stacked up against the harshness of reality.

I never would have imagined that The Legend Of Tarzan would have made it into the top ten movies this summer, but here it is, becoming a much bigger than expected movie at the domestic box office. How'd that happen? You can thank Independence Day: Resurgence being a legendary box office dud (We'll talk more about that in part two of this column), which meant there was a slot to be filled over the lucrative 4th of July holiday weekend in terms of big-budget fare. Also, Tarzan's a pretty well-known character thanks to his massive presence in cinema for decades. It still didn't do all that great domestically, failed to really catch fire overseas and that massive $180 million budget means it's still a ways away from being profitable. But I'll give Tarzan this, at least he swung for the fences and accomplished something this summer.

By many metrics, Ghostbusters was a solid box office performer. It's the fifth biggest comedy remake of all-time and the biggest film in that subgenre in 13 years. Amongst horror comedies, only three movies (Gremlins, Scary Movie and the original Ghostbusters) have performed better. But Ghostbusters performed noticeably worse than director Paul Feig's two biggest movies and the biggest hurdle for the film was that it somehow cost $144 million. That's an insanely high cost for any comedy, even one featuring a bunch of CGI ghosts. Add in the fact that it was a big dud in many key overseas territory and Ghostbusters turned out to be a money-loser for franchise-strapped Sony.

Hey look! I was dead-on in where this one would rank amongst summer releases, though I was a bit too bold in how much it would make domestically. Nonetheless, this a strong sum of cash for this Kevin Hart & Dwayne Johnson comedy, cementing both actors positions as serious movie stars and becoming the highest grossing original live-action movie of the summer. On only a $50 million budget, this one's worldwide cume of $213 million is a serious win for New Line Cinema and Universal (the latter studio distributed this movie overseas) and likely has got Sony rubbing their palms in anticipation for their Jumanji movie next year that will reunite both Johnson and Hart.

Well, the X-Men franchise certainly took a tumble after Days Of Future Past and Deadpool. In its three-month long domestic run, the $178 million budgeted X-Men: Apocalypse only made $3 million more than what the $58 million budgeted Deadpool grossed in its first four days of release. It's not hard to see where this entry in the franchise went astray; the marketing failed to emphasize new and interesting characters (the presence of younger versions of characters like Storm and Cyclops never really came through in the ads, meaning brief glimpses of those younger characters in the marketing just ended up making it look derivative of past X-Men movies where older versions of the characters popped up) while its scenes of large-scale destruction made it look like a hodgepodge of any number of blockbusters from years past. Now that the 2016 film X-Men: Apocalypse made less than the 2000 movie that kicked off this franchise even without taking inflation into account, it looks like the main X-Men movies that don't star the Merc With A Mouth could use a major overhaul.

The newest Star Trek adventure ended up ranking higher on this list than expected, though that's more due to how poorly some high-profile titles performed this summer rather than a testament to how this particular film performed. Despite excellent reviews, Star Trek Beyond was hurt by intense competition at the box office, with Jason Bourne and Suicide Squad debuting back-to-back in its second and third weekends of release, respectively. Even worse, Star Trek Beyond continued the series to struggle with audiences internationally, meaning this turned out to be a dud for studio Paramount Pictures, who had one of a hell of a rough summer.

While Jason Bourne managed to rise above most of its live-action summer blockbuster competition, and even did decent business overseas, it's still surprising how this one failed to even match the domestic cume of The Bourne Supremacy from 12 years ago. Chalk that up to more mixed reviews that likely didn't sway dubious moviegoers, word-of-mouth that wasn't all that good and the fact that the marketing basically just said "Here's Jason Bourne again" without giving audiences a reason to care. At least the budget on this one was only $120 million, a more reasonable figure compared to the costs of films like Suicide Squad and The Legend Of Tarzan, which ensures this movie will end up being profitable enough to warrant further Bourne adventures.

Suicide Squad managed to be the second straight film in the DC Extended Universe to gross over $300 million domestically and will end up being the seventh biggest movie ever for Warner Bros. Awesome stuff all around, but there's no denying there's some caveats to go with those large box office numbers. There's no denying that, while the film held better than Batman v. Superman, it was far more frontloaded than other August blockbusters like Guardians Of The Galaxy, Teenage Mutant Ninja Turtles and The Bourne Ultimatum despite there not being any major summer blockbusters opening since Suicide Squad debuted. Word-of-mouth on the film, particularly in regards to how misleading many found the trailers to be, is far from spectacular, so it'll be interesting to see what route they go for the all but inevitable sequel.

Illumination Entertainment hit another home run this year with The Secret Life Of Pets, one that became one of the biggest animated movies of all-time domestically and the 2nd biggest film ever for the company behind Despicable Me 2. Strong word-of-mouth and lack of notable family movie competition helped this one in spades while Universal's massive year-long marketing campaign ensured the film plenty of exposure. No wonder The Secret Life Of Pets 2 has already been penciled in for a July 2018 release date.

A Marvel movie doing gangbusters business in the summertime? I never heard of such malarkey! Yep, Captain America: Civil War became another big hit for Marvel Studios, having a domestic gross about on par with Iron Man 3 which was also a solo superhero movie outing released one year after an Avengers film. Don't be surprised if Black Panther and Spider-Man have their own individual movies (both coming out within the next 17 months) get a major box office boost from having a notable presence in the biggest live-action movie of the summer.

After having their first ever box office dud last Thanksgiving with The Good Dinosaur, PIXAR managed to score some major box office glory with Finding Dory, which ended up surpassing the box office cume of every PIXAR film in history domestically as well as any animated movie in history domestically. In a summer where countless high-profile sequels fell significantly short of their predecessors, Dory and company managed to spring above even the most optimistic expectations thanks to how revered the first movie is and shifting the focus of the sequel to beloved scene-stealer
Dory.

And then there were the two movies that I predicted would make the top ten highest grossing movies of the summer domestically and....well, didn't. I thought Independence Day: Resurgence would end up grossing $210 million and be the seventh-biggest movie of the summer. That obviously didn't happen, with the film coming in at thirteenth place with only $103 million, That's a whopping 66% decrease from the first movie and that's before taking inflation into account. Hell, ID4: Resurgence managed to sell less tickets than Roland Emmerich's 2008 film 10,000 B.C.! But
ID4: Resurgence still managed to fare better than Alice Through The Looking Glass, which I predicted would come in at ninth place and gross $170 million. That projection seems cute in retrospect, as Alice Through The Looking Glass came in at eighteenth place (behind The Purge: Election Year and Sausage Party) with only $77 million. That's about 76% below the domestic gross of Alice In Wonderland and just a dismal performance no matter how you slice it.

Alright, enough of looking at how badly I fumbled some of these box office predictions. Come Friday, I'll look at various other box office trends this summer! See ya then!
Posted by Douglas Laman (NerdInTheBasement) at 8:34 AM