Sully Struggles To Land On A Purpose For Being 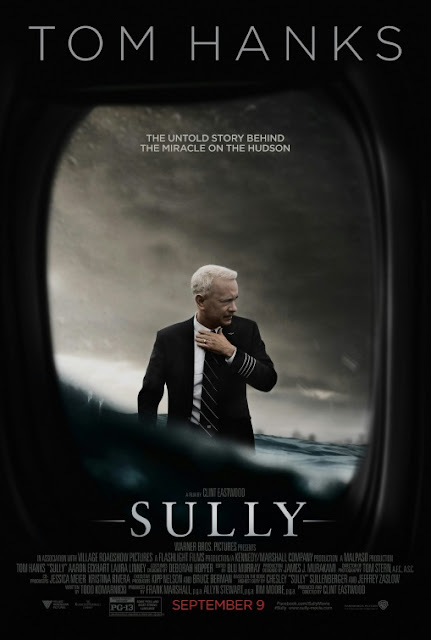 It was supposed to be just another flight. Just a couple of hours in the air, no biggie. The pilots had done this before, the passengers had done this before, it's just a little air travel. And then dual-engine loss occurred, leaving the folks in charge of this aircraft only a few precious minutes to figure out what just happened and what course of action to take next. Piloting this particular plane was Chesley Sullenberger (Tom Hanks), or Sully, who, after realizing they can't make it to a nearby airport, decided to make the bold move of landing the plane on the Hudson River.

The sequence depicting said landing and the effort to get all of the passengers off the plane is a high point of the movie by far. It's a well-edited and similarly well-directed scene that, like the People v. O.J. Simpson miniseries proved earlier this year,  is a reminder that real life events that we all know the conclusion to can become compelling once more in their cinematic incarnations if there's some good filmmaking, writing and acting and what-not on display. Unfortunately, that's just one flashback scene, there's still the rest of the movie to deal with and that's where Sully struggles more than a tad.

It feels, at times, like screenwriter Todd Komarnicki is just throwing stuff at the wall, hoping something will stick to make the movie compelling. For instance, there are these two flashback sequences related to events that occured to Sully in decades past that serve absolutely no purpose in the movie while Sully has some martial strife with his wife, Lorraine (Laura Linney, who mostly just gets to wander around a kitchen while talking on the phone with her husband) stemming from Sully's newly high-profile media image that comes and goes in a flash.

Partly why the flashback sequence to that fateful plane landing works so well is that it's concise, it's easy to understand the stakes, there's a subdued nature to the scene that understands the tragic circumstances of this unexpected event combined with previously established character dynamics are more than enough to create propulsive drama. By contrast, the rest of Sully feels like it's constantly trying to concoct more drama as if concerned that the audience is gonna nod off if a new personal crisis isn't introduced every other minute. Trying to create a more conventional "good vs. evil" narrative out of the customary investigation done into whether or not Sully made the right call in landing his plane in the Hudson is really the worst side effect of this flaw by a country mile.

Much of Sully is quite restrained, and nicely so, and then these government investigators zoom on in seemingly from another movie, twirling their mustaches and being such over-the-top antagonistic caricatures that it takes you right out of the movie.  The only real good thing to come out of the presence of such stylized villains is that it offers Tom Hanks the chance to deliver the sort of stalwart "Good o'l boy" dialogue only he could deliver this well. For any other actor, the monologues Sully has to deliver here could have come off as hammy or manipulative, but for Hanks, these words roll right off his tongue in a most natural way. It helps that the movies penchant for restraint is kept intact for his big sweeping dialogue driven scenes so no intrusive sweeping score is presented alongside these pieces of dialogue. It's all just relying on Mr. Hanks, which is a mighty smart decision indeed.

While Sully is indeed a step up from Clint Eastwood's two forgettable 2014 movies (I bet you forgot Dirty Harry himself did a Jersey Boys movie adaptation, didn't you?), it's overall just an OK sort of feature that desperately needed to have a more concise screenplay that drastically simplified the amount of content it tried to stuff into its brief running time. At least the script and direction go for a more muted approach (at least for the stuff that isn't related to the EEEEVVVVVIIILLL government investigators) that serves certain scenes well and there's plenty of chances for Tom Hanks to shine. Something tells me that guy is gonna go places as an actor, though that's just a hunch on my part.
Posted by Douglas Laman (NerdInTheBasement) at 8:07 AM