The Reader Is A Staggeringly Tone-Deaf And Poorly Executed Endeavor 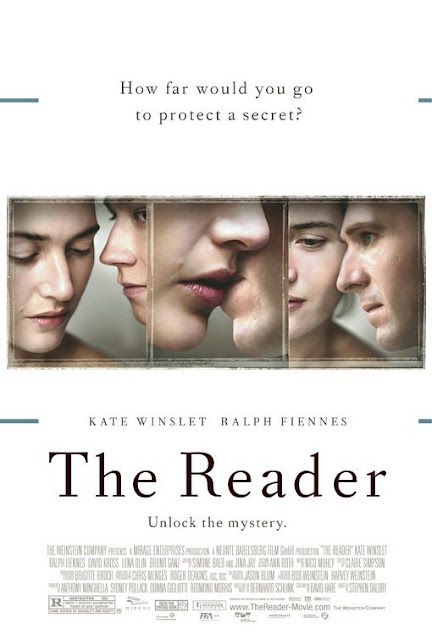 Did nobody when making The Reader stop to think that the plot of this movie was more than a touch icky while they were making it? While I'm aware they didn't make this story up since it's based on a 1995 book by Bernhard Schlink, surely somebody had to look around at what they were spending about $32 million on and think that maybe, just maybe, it could be better spent elsewhere. I suppose not though, which is a tragically likely scenario given how people all over the world tend to minimize sexual assault experiences of any kind. After all, in 2018, the President of the United States openly mocked a sexual assault survivor, perhaps it shouldn't be surprising that, a decade prior, a feature film like The Reader was made that treated the sexual assault of an underage boy as the topic of a weepie conventional romantic drama that doesn't seem to realize how disturbing its central premise is.

This instance of sexual assault comes about due to the dynamic of 36-year-old Hanna Schmitz (Kate Winslet) and 15-year-old Michael Berg (David Kross) in 1958. The two begin a romantic sexual relationship that's shot and written in a manner that's meant to make this seem like the kind of romance ripped straight out of a Nicholas Spark novel, but just seeing this played out in this manner disturbed me in a way a movie hasn't in a good long while. There's an extensive trend in pop culture to depict the prospect of underage boys engaging in romance with much older women as something that's "cool" rather than a sickening instance of sexual predator behavior. This trend has, over time, been one of numerous factors that has led to the minimization of sexual assault experiences of men in American society. For men, sex in any form at any age is cool and that's a horrifying thought in any form it takes and that includes dredge like The Reader.

As if that sickening opening sequence wasn't bad enough though, The Reader has plenty of problems to deal with aside from its disturbing depiction of the relationship between Schmitz and Berg. It turns out that Schmitz was working for the Nazi's as an SS guard and the plot flashes forward to the 1960s (after the pair of them have broken up) where Berg watches as Schmitz is put on trial for her crimes. The screenplay by David Hare clearly wants The Reader to now become the kind of drama that challenges viewers preconceptions of good and evil through complex situations relying on nuance, but there's just no nuance to be found. The movies big "Checkmate liberals" moment meant to add shades of grey to the crimes committed by Schmitz is that she was performing atrocities simply "as part of her job".

That's the big moment meant to make one really think about who's right and wrong in this scenario, all the while people opposed to Schmitz, including a judge and another belligerent classmate of Berg's, are depicted as bombastic grouches who are just the biggest meanies to ever walk the Earth. I was dumbfounded watching this movie to see that a supposedly serious drama was trying to pass itself off as a nuanced challenging drama with these kinds of characters and narrative decisions. The Reader plays things so broadly that they run antithetical to the whole concept of nuanced drama while the fact that Schmitz is a Nazi pedophile makes her a hard character to feel sympathetic to, a sensation Nico Muhly's overbearing score constantly informs the viewer they're supposed to be experiencing.

At the middle of this dreck that plays the "both sides" card with Nazi's and pedophiles (was this movie funded by the GOP?) are two talented actors that just end up getting their talents wasted in this landslide of dismal storytelling. Ralph Fiennes mostly just stares off into the distance in his role as the older version of Berg, a tremendous waste of a performer who showed way more nuance and talent in his villain role from In Bruges the same year The Reader came out! Then, of course, there's Kate Winslet in the role that won her her first Oscar, which feels like a staggeringly bad miscalculation. Winslet has done so many great performances in her career (Sense & Sensibility, Steve Jobs, Revolutionary Road, Eternal Sunshine of the Spotless Mind, I could go on and on!), how the hell was her work in The Reader the only one she got Oscar recognition for??

Winslet is saddled with a cartoonishly broad German accent that already makes it hard to take Schmitz seriously as a human being, a task that was already going to be hard with a screenplay that struggles to make her all that interesting as a character. Schmitz basically just exists as an object to consume the mind of Berg throughout his life, she has no defining characteristics of her own. The screenplay for The Reader is entirely inhabited by characters who make dishwater look vibrant while the direction by Stephen Daldry is similarly lacking in any personality or thoughtfulness. The manner in which The Reader handles the interactions between its two lead characters is so staggeringly bad on its own but its the worst kind of impressive to realize how that's far from the only way this movie stumbles so badly. The only people whose lives are benefited by The Reader are the individuals behind Collateral Beauty since they can comfort themselves knowing they're not the people responsible very worst movie Kate Winslet
Posted by Douglas Laman (NerdInTheBasement) at 4:42 PM