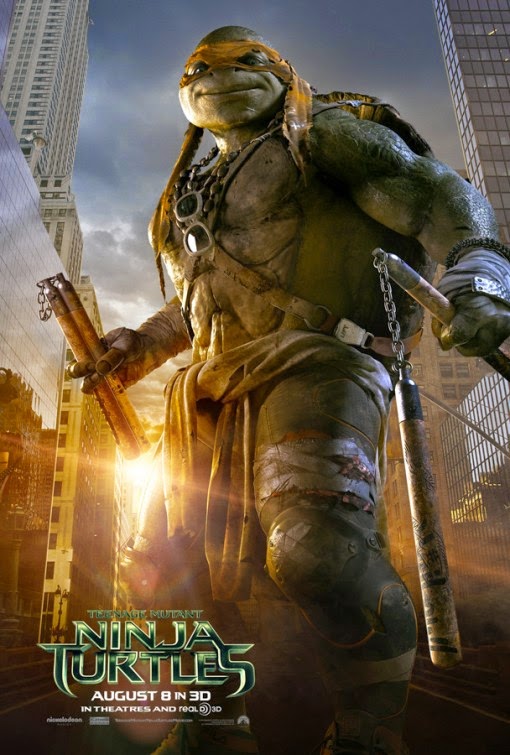 I've thought the overwhelmingly negative reception to this new Teenage Mutant Ninja Turtles movie has been extremely over the top for a while now. I have my concerns over the movie too (could they get someone besides the director of Battle: Los Angeles to handle this thing?), but so far, the film has looked like a perfectly fine summer film. Even the turtles redesigns haven't bothered me that much (the versions of these CGI creatures without noses that fans on the internet made look much creepier to me). Now, this new trailer has increased up my excitement even more, and you find out why by watching it below!

There's a really good chance this whole thing ends up becoming a nonsensical cashgrab, and I wish it wasn't so spoilery, but otherwise, this is actually a great trailer. The action sequences look like they'll be coherent and not suffer from shaky-cam, the dynamic between the turtles looks fun and the CGI looks surprisingly polished. Much to my surprise, this new Ninja Turtles movie is starting to look like a real winner and I can't wait to see how it turns out.

One final question to ponder; whose voicing the other three turtles? They got relatively unknown people to do the motion-capture for Splinter and the turtles on set, and until the first trailer came out it was assumed they would be voicing the creatures as well. However, shortly after the first trailer was released, it was announced Johnny Knoxville and Tony Shalhoub would be voicing Leonardo and Splinter respectively. Naturally, I assume three more celebrities will be voicing the crime fighting reptiles, but with a month a half to go, no further news on the subject has been given. If I may suggest two, get Aziz Ansari to voice Donatello and Jason Statham to voice Raphael. They'd fit those two characters perfectly!
Posted by Douglas Laman (NerdInTheBasement) at 12:26 PM