Who's Afraid of Virginia Woolf? Cuts To The Emotional Bone With Its Harrowing Performances And Camerawork 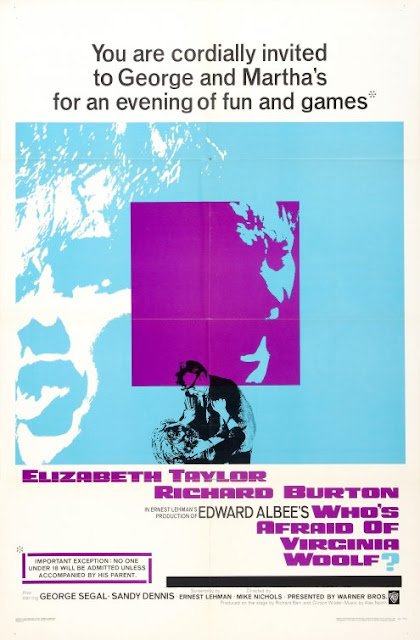 When the Hayes Code, a set of restrictions placed on what could or couldn't be depicted in American cinema in order to "protect the sanctity of the family", fell in 1964, American cinema suddenly had a golden opportunity on its hand to explore darker and more adult-oriented storytelling that had been off-limits for decades now. Studios didn't rush to make the filthiest movies they could imagine, but they did start to test the waters with what exactly they could do under the heavily reduced amount of restrictions placed on their art form. Come 1966, the Mike Nichols directorial effort Who's Afraid of Virginia Woolf? would help push those boundaries with a movie that wasn't afraid to talk about grim matters that would have been unspeakable had it been made in the Hayes Code era.


Working from a screenplay by Ernest Lehman based on a play by Edward Albee, Who's Afraid of Virginia Woolfe is about a social gathering that goes to hell in a handbasket, though it isn't exactly just the part that makes everything go sour. It's made clear in the films opening sequences that the hosts of this gathering, Martha (Elizabeth Taylor) and George (Richard Burton), are already in a strained relationship fraught with conflict and that conflict only gets worse once their guests, Nick (George Segal) and Honey (Sandy Dennis), arrive to spend the evening expecting to simply have some drinks, maybe play a game or two.

Instead, Martha and George's arguments soon pull in Nick and Honey like the gravitational pull of a planet beckoning in a passing asteroid. What follows is a descent into madness for all four characters, one that, according to a good friend of mine, is apparently rendered as more darkly comic in its original stage show incarnation. Though it seems like a strange proposition that such a grim tale could be rendered as a comedy, in the format of a stage show where the audience is seated at varying levels of distance away from these four characters, not to mention with directing that emphasizes dark comedy, it is plausible to imagine an execution of the proceedings that effectively comes off as comedic.

But under the direction of Nichols, this film adaptation of Who's Afraid of Virginia Woolf? is a bleak affair, with much of that came coming from how the camerawork constantly places the viewer inside the confrontations between the characters. Rarely are there any wide shots to place distance between the viewer and characters like Martha and George, instead, we're given shots that place us at eye-level with these fraught individuals and a number of extreme close-ups that linger on their pained facial expressions. There's no chance for anything in this story to be interpreted as comedic when its camerawork so effectively makes the torment of these four characters so inescapable on a visual level.

Such camerawork is at the service of a script that's almost entirely reliant on dialogue exchanges between just four characters, which means the performances of the actors are going to be pivotal to making the feature work. Luckily, the four primary actors deliver grand work and that's particularly true for lead performers Elizabeth Taylor and Richard Burton. Taylor, for her part, delivers a performance that manages to be so extremely pronounced without dovetailing into the kind of melodramatic acting that could have undercut the realistically raw aesthetic of the whole movie. Instead, Taylor consistently maintains a hauntingly real sense of pain in her performance that she impressively manages to make more and more tragic as the story goes on.

For his part, Richard Burton makes a more soft-spoken but acerbic counter to Taylor's character. Burton's chilling performance feels like a precursor to Anthony Hopkins in The Silence of the Lambs in how he depicts George as an intellectual type who says the most cutting statements in a calming manner. Like that version of Lector, Burton's George always puts the audience on edge even if he isn't doing a darn thing! Watching Burton and Taylor's masterfully crafted performances constantly butt heads is an intentionally hard to watch yet ceaselessly engrossing sight, especially since the script offers them hordes of memorable dialogue to deliver. There are countless reasons to be grateful the Hayes Code is a thing of the past and the fact that we got a movie like Who's Afraid of Virginia Woolf? because of its demise is certainly one of the best reasons.
Posted by Douglas Laman (NerdInTheBasement) at 9:17 AM