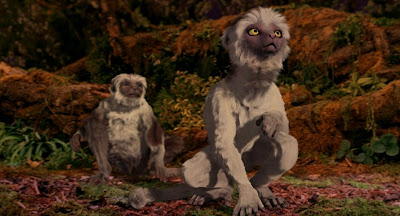 Come this Friday, the newest in an onslaught of live-action remakes of classic animated Disney movies arrives in the form of Aladdin. It's not the last one of its kind we'll see in 2019 either, with The Lion King, Maleficent: Mistress of Evil and Lady and the Tramp all on the way in next six months while 2020 will deliver Mulan and Cruella. There's no end in sight for Disney's new excuse to print money (so long as it doesn't star Dumbo, at least) but even Disney is bound to have limits in terms of just how much of its library of animated classics it'll turn into modern-day live-action blockbusters. Below, I've compiled six animated Disney films the studio probably won't be turning into live-action movies anytime soon, the first of which is... 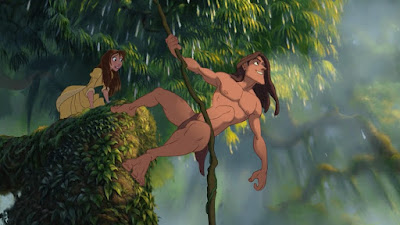 Tarzan
Tarzan was a big moneymaker back in 1999 for Disney and seems to have cultivated a solid pop culture presence in the twenty years since its release. Wouldn't that make this one ripe for a live-action remake? Well, there are a couple of problems keeping Glen Powell from tossing on a loincloth and belting out Phil Collins songs in a live-action blockbuster remake of this particular Disney title. For one thing, Warner Bros. just did a live-action Tarzan movie in 2016 in the form of The Legend of Tarzan, but an even bigger issue is that unlike the other animated Disney characters, rights issues surrounding Tarzan are a tricky thing. The original Tarzan stories are now in the public domain but Edgar Rice Burroughs Inc. is constantly putting together lawsuits to maintain that they retain some ownership of the character. It's easy to imagine Disney being able to work through that sort of legal redtape but it's also likely that Disney would rather just work with original animated characters who don't come with any potential legal issues at all. 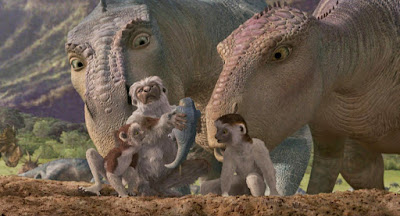 Dinosaur
Everyone's always talking about how forgettable the character names in Avatar are but I'd say Dinosaur has Avatar topped in terms of sheer forgettability. Does anyone like Aladar? Hell, can anyone name the character Aladar except for weirdoes like me? I didn't think so. Disney gave Dinosaur a massive marketing push back in its original 2000 release but the film just didn't take off and it's unlikely there's much clamor to bring the property back from extinction with a remake. The fact that a new remake would only be done in the same live-action/CGI format as the original further negates any purpose for dredging up a 2021 version of The Love Monkey.

Bambi
For much of these live-action remakes of classic animated Disney movies, there's been an emphasis on making them more realistic than their predecessors. How do you get more realistic (in story content at least) than Bambi? Even putting aside the infamous scene of Bambi realizing his Mom has been shot and killed, there's also an even more disturbing sequence where a quail's corpse falls to the ground and sends its animal friends scurrying in terror. I doubt even Ari Aster could conjure up a more terrifying sequence if he directed a modern-day reworking of this feature. For the love of God, Disney, do not do a live-action remake of Bambi, not only would it be redundant conceptually but I do not want the nightmares that would ensue from the creative team trying to make a more "gritty" version of the already traumatizing Bambi story. 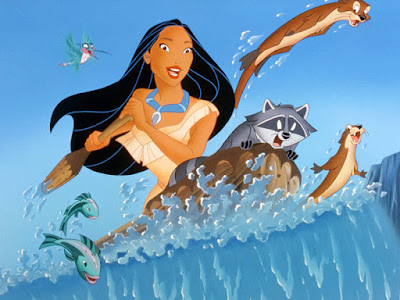 Pocahontas
Lindsay Ellis has already perfectly explored everything that went awry with Pocahontas so I won't waste time regurgitating the flaws of one of the worst animated Disney features. Needless to say, unless Disney wants to hand this project off to an entirely indigenous cast & crew to create a deconstruction counterpoint to the original animated feature, I have zero interest in Disney trotting out a live-action version of their take on Pocahontas. Let those Colors of the Wind pass you by Disney. 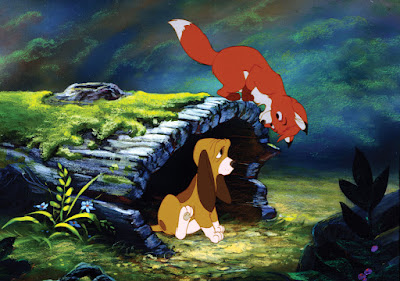 The Fox and The Hound
The 1970s and 1980s are the era of Disney animation that are probably going to get the biggest cold shoulder from Disney in their live-action Disney animation remakes craze, mostly because many of these films featured animals-only casts (which make the idea of remaking them in live-action a puzzling one) and few of them have really caught on with the general public. Because The Fox and the Hound primarily center on interactions between talking animal characters and human beings, it does seem like it could be a decent fit conceptually for a live-action remake, but its grim tone feels like it just wouldn't fly for a studio that's looking to turn these live-action remakes into upbeat crowdpleasers. 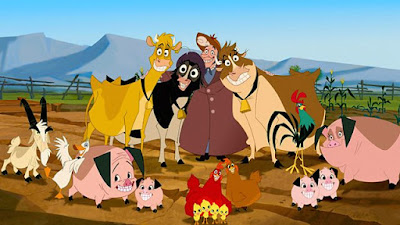 Home on the Range
Disney is a globally minded company, especially when it comes to box office, and few American genres translate as poorly in terms of foreign box office as Westerns. That alone seems to negate the idea of doing a live-action version of these bovine bounty hunters, but the fact that Home on the Range just isn't very good or even all that beloved also help seal its fate. It's hard to imagine anything involved in such a prospective production drumming up much interest from the general public. Would anyone really get excited about seeing images of realistic CGI versions of the Judi Dench cow? Would a remixed version of Little Patch of Heaven by Kacey Musgraves really make its way up the Billboard charts? What indie filmmaker would Disney task with writing this live-action remake like they've done with Alex Ross Perry on Christopher Robin and Andrew Buljaski on Lady and the Tramp? Would this be the big American blockbuster opportunity for Claire Denis?
Posted by Douglas Laman (NerdInTheBasement) at 3:10 PM