Over a decade later, Catfish is still a catch 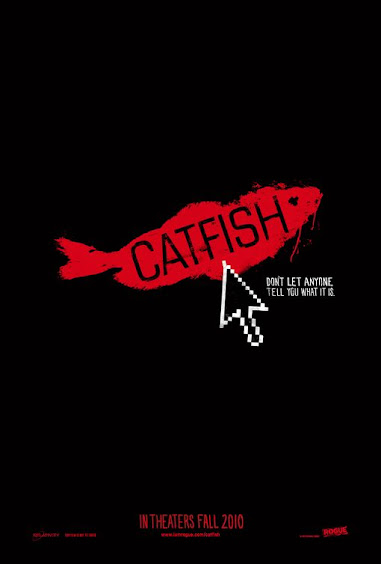 Catfish was filmed in 2008, the dawn of Facebook. Back then, this was just a nifty new way to use the internet, the most polished version of what a social media service could be. Everything that would come after, including Facebook being complicit in American election treachery, was just a glimmer in the eye of the filmmakers behind Catfish. Though its approach to the internet is night-and-day compared to what the interweb is like in 2021, Catfish remains a solid thriller. Despite being rooted in technology, it's also a story that's oddly timeless in how it strings the viewers along with suspenseful sequences.

The whole plot of Catfish concerns Yaniv Schulman, who has just struck up a relationship with a woman on the internet named Megan. His brother, Ariel Schulman, alongside Henry Joost, is filming this unique relationship, which is entirely through the internet. Yaniv has never seen Megan in person and the same goes for Megan's extended family. After Megan sends Yaniv a song she "composed" on her own, the trio discovers that the tune is actually lifted from the internet. This leads the group to dig deeper into the lives that Megan and her family have presented. Turns out, there are a lot more holes in this story than anyone could have initially imagined.

Initially, Catfish seems like it's going in the direction of a quasi-horror movie as the three lead characters keep discovering new levels of treachery in Megan's life. This is especially apparent in a scene where they decide to make a nighttime trip to the farm Megan supposedly lives on. Just watching them drive up to this empty place in the pitch-black night is enough to send shivers up your spine. The fact that two of them get out of the car to see if there's anyone in a nearby shed only heightens your sense that something is about to go very, very wrong. On the whole, it's a very well-constructed sequence chock full of nail-biting suspense.

However, Catfish isn't going in the direction of being a horror film. In fact, it's going somewhere a little more complicated. Eventually, they meet Megan's mom, Angela, and the life they've been sold about this family isn't at all the truth. Angela leads a quiet life with her husband, Vince, and their three children, two of whom have severe mental disabilities. The idyllic life Angela put into Megan's Facebook profile and several other fake profiles (you have to sell the idea that Megan knows people, after all) was the life she wanted to have. This wasn't necessarily a way to scam or be cruel to Yaniv, it was merely an elaborate way to find an escape.

Though there's initial tension as our three leads try to grab ahold of the truth in Angela's circumstances, Catfish eventually gets into a more empathetic mode. As one of the two directors says openly, Catfish isn't aiming to be a screed against Angela, they just want to get to know what's going on with her. The last 35 or so minutes are dedicated to fleshing out Angela and actually exploring her mindset rather than just straight-up demonizing her. It's a thoughtful detour that not only subverts expectations but also makes for an intriguing subversion of what social media has come to stand for.

Facebook and other social media platforms are now widely associated with being dehumanizing places that should unite people but only help to foster antagonism. While Facebook's platform irons out people's humanity, Catfish is about empathy. This is a film that goes out of its way to emphasize Angela's challenges and why she'd find solace in engaging in a masquerade on social media. As Facebook's role in the world has come into focus since Catfish's release, it's also apparent that this feature is a humanistic rebuke to the very core of Facebook. Not too shabby for a movie that probably seemed initially like it would age about as well as milk on a countertop!