And now, a jumble of thoughts on the 93rd Academy Awards 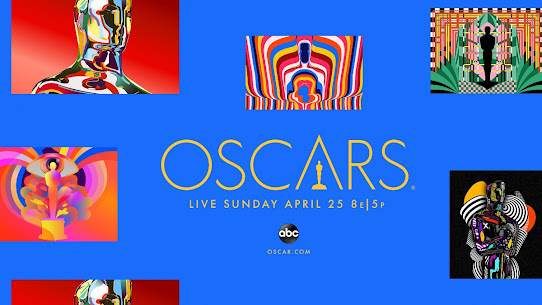 Look, complaining about the Oscars the day after they air is as big of a cliche as anything you'd find in the most cornball movie. Jokes about the Oscars being unable to please everybody is true, this ceremony, like any piece of art, is gonna be impossible to resonate as good to everyone. But last night's 93rd Academy Awards struck me as especially strange in its shortcomings. This wasn't the usual Academy Award gripes, like the ceremony ran long or that my preferred movies didn't win the awards. The presentation and vibes of this whole ceremony were the issues here. Put simply, the 93rd Academy Awards seemed to occupy a world more fantastical than any movie that's won Best Visual Effects.

Prior to airtime, there was much talk about how the 93rd Academy Awards were going to have to make significant changes to accommodate the COVID-19 pandemic. This seemed like a good move not only to help curb further spreading of that disease but also to help shake up the show creatively. Maybe the restrictions imposed by this plague could bring out some clever ideas from the show's producers.

Instead, the 93rd Academy Awards looked...like an Academy Awards ceremony. Oh sure, they weren't in the Dolby Theater (only brief segments took place there), but the show, now held in Union Station, still had a lot of celebrities in glamorous outfits sitting around a stage. None of the souls were wearing masks despite being so close together. It can't be stressed enough the strangeness of watching a packed room of people not wearing masks. Yes, the vaccine rollout is ongoing, we're starting to emerge from the pandemic in America, but we're far from out of the woods. The 93rd Academy Awards could have been a chance to reinforce the importance of watching out for each other by doing simple things like wearing masks. Instead, the show refused to eschew tradition and made the whole place look like a superspreader event.

That was a big problem with the Academy Awards, the weird refusal to acknowledge that this was a year unlike any other. Instead, the 93rd Academy Awards went on and acted like it was just another routine year. This included a refusal to allow actors to deliver speeches via Zoom, which is what resulted in one of the most awkward Oscar moments ever. I'm talking, of course, about the final Best Actor category, where Anthony Hopkins had his name called out and the Questlove spoke to the camera a moment before the credits rolled. If the Oscars had been flexible and allowed virtual speeches, this never would have happened. Adherence to tradition resulted in an unprecedented instance of embarrassment.

Worse, the deviations from the norm were really, really bad. No musical performances? That just made the show lack a lot of pizazz and fun. Worse was the total absence of film clips save for the Best International Feature Film and Best Picture categories. You know what would have been even better than Laura Dern explaining why Daniel Kaluuya's performance was great? Actually letting us see the performances! Film is a visual medium! Why did the 93rd Academy Awards decide to ignore that? What a shame these performers couldn't have their work shown off to the millions watching.

The decision to film the ceremony like a movie, complete with film lenses (I spotted a fish-eye lens!) and a 2.40.1 aspect ratio. It was a nifty idea conceptually that started off interestingly with Regina King getting captured in a single-take while "opening credits" played. Bizarrely, after that, the 93rd Academy Awards never returned to treating the event like a "movie". Just the occasional odd camera-angle choice (like the one cameraperson having to abruptly shift to a wider angle when they realized Dern and Kaluuya were within feet of one another) reminded me that this production was filmed in an unusual way. If you're gonna say you're doing something different, actually commit to doing something different.

As for the In Memoriam segment...everyone has already dragged this one through coals and for good reason. But God, it really was the pits. Going at an ultra-fast speed was downright insulting to these artists while the ceremony's refusal to use clips missed a number of beautiful opportunities to really accentuate the gifts performers like Max von Sydow or Chadwick Boseman gave us. Oh, and underlying the whole with a jaunty Stevie Wonder song was yet another mistake. This segment should not be told through music that makes me wanna tap my toes. Give me When She Loved Me or something similar, a tune that makes my ears immediately tear up.

The strange part of all these critiques is that the 93rd Academy Awards largely delivered a number of exceptional winners, including well-deserved victories for Chloe Zhao, Young Yuh-jung, Anthony Hopkin, and Daniel Kaluuya. It's just a shame such wonderful wins were told through a ceremony that baffled more than it dazzled. Rather than reminding one of the joys of movies, the 93rd Academy Awards were mostly an exercise in obliviousness. This show clung to tradition for dear life at the expense of properly addressing a pandemic or giving its show a proper ending. Simultaneously, deviations from tradition were done at the expense of deceased artists or actually showing clips from movies, the artform this whole thing is supposed to be paying tribute to.

What a strange paradox to witness unfold in real-time, especially once the final half-hour of the show dialed up the strangeness with an overlong segment involving Glenn Close doing "Da Butt". With these faults, the 93rd Academy Awards felt less like a tribute to "cinematic magic" and more a messy way to simulate reality. Thank God the acceptance speeches were largely great (Zhao, Yuh-jung, and Thomas Vinterburg crushed their speeches!) or else this ceremony would have been an all-time drag.